Texas gyms are allowed to reopen Monday, but some other businesses think they should be able to open, too. 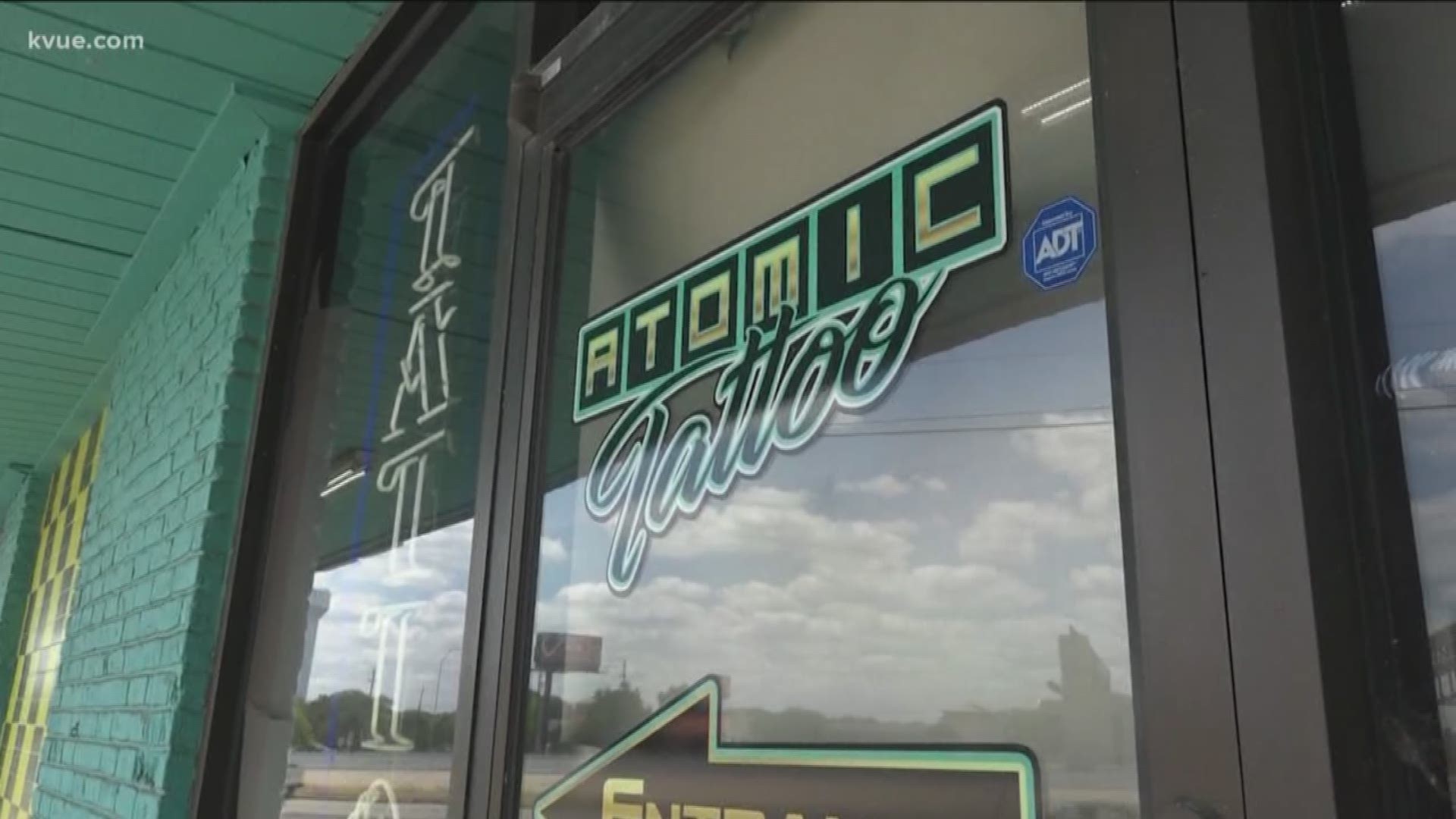 AUSTIN, Texas — Tattoo shop owners across Texas are wondering when they'll get the chance to welcome customers again. They believe they should have been added to the list of re-openings with hair salons and barbershops because they follow similar regulations.

"I always felt like Gov. Abbott was the kind of guy who might just do the right thing. When we found out that tattoo shops weren't going to be open along with those other businesses that are similarly regulated, that was a huge slap in the face," said Atomic Tattoo co-owner Justin Timming.

It wasn't only a shock to Timing, but to most of the artists and shop owners in the tattoo industry. In Gov. Greg Abbot's executive order to expand openings of certain businesses and activities, it states: "People shall avoid visiting bars, massage establishments, tattoo studios, piercing studios, sexually oriented businesses, or interactive amusement venues such as bowling alleys, video arcades, amusement parks, water parks, or splash pads, unless these enumerated establishments or venues are specifically added as a reopened service by proclamation or future executive order of the governor."

"I just think that maybe people are out of touch with how truly high-tech the tattoo business has become," Timming said.

Atomic Tattooᵀᴹ
Theeeeyyyyy'rrreeee Heeeeeerrrrreeee! But tomorrow they start lea... ving to the ten different states that ordered em! So if you ordered some of our AtomicWear CoVid shirts and asked us to ship them they'll be on their way in the next couple days!

Before the pandemic, Atomic Tattoo was open every day and they closed up shop because they had to, like everyone else. Timming didn't realize it would take this long to reopen, especially when other similar businesses are now allowed to take customers.

"There is no timeline for us. We've called the governor's office. We've sent emails," said Daniel Garza, a tattoo artist in Paris, Texas, a city near Dallas. "We are trained to know about cross-contamination and aseptic practices."

Garza, along with several others in the tattoo industry, will be holding a peaceful rally at the Texas Capitol on Tuesday about their issues with being excluded from the order.

"All this stuff is disposable. All this stuff goes in the trash. Nothing I use, when I tattoo someone, is used on the next person. You cannot say that about the other businesses that have already been allowed to open," Timming said.

When salons reopen, here's what you need to know | Q&A with Texas Department of Licensing and Regulation

For now, Atomic Tattoo is preparing to open for a date they don't have yet.

"We're not just doing tattoos. This isn't 1975. Our ability to do tattoos in a way that's just really, really safe. I can't stress enough how our ability to do a tattoo is just as safe as it's ever been. It's a completely disposable system now," Timming said.

"We're just confused on how we would get passed up by gyms and salons," Garza said. "When we were already doing these practices prior to COVID-19. If anything, allow us to come up with a plan to keep our clients safer."

WATCH: The new normal for salons: Getting a haircut during the pandemic