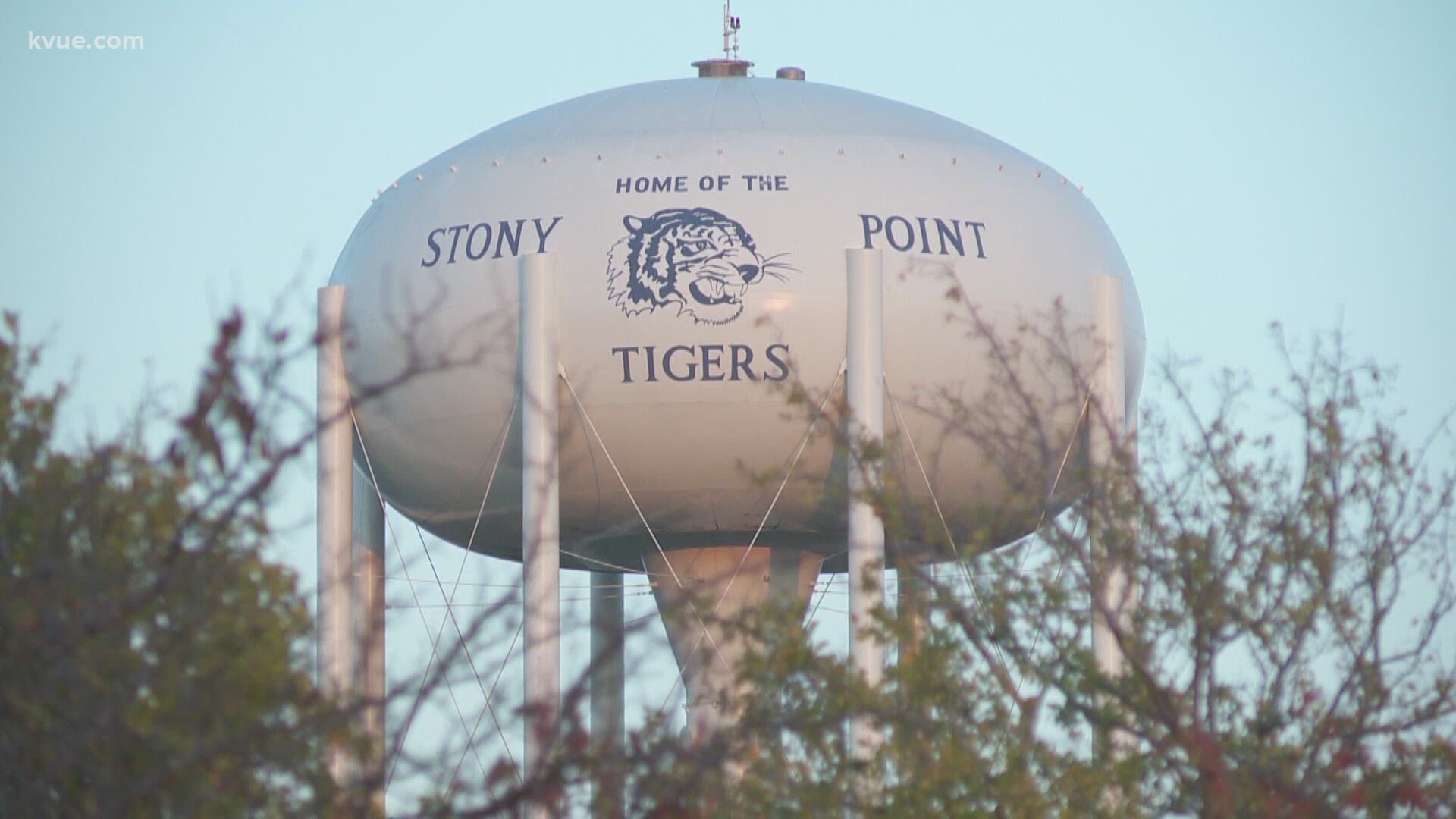 ROUND ROCK, Texas — Stony Point High School in Round Rock and Weiss High School in Pflugerville will each miss their next two scheduled football games after staff members tested positive for COVID-19.

According to a spokesperson for Round Rock ISD, the staff member at Stony Point had enough close contacts that it was necessary to quarantine the entire football team for two weeks. Both games are being rescheduled, the district said.

RRISD sent a letter to the school’s parents, students and staff saying the local health department will begin a case investigation and contact any individuals determined to be in close contact. All students or staff will be notified by the Williamson County and Cities Health District or Austin Public Health as soon as possible, the letter said.

The district also said its custodial teams will give extra attention to disinfecting the area occupied by the infected individual.

Angela Chambers, the president of the Stony Point Football Booster Club, told KVUE while the situation is disappointing, the students were prepared for this.

"Just have to take it in stride, honestly. I mean, just stay physically fit, self-quarantine, do what you gotta do. Just be ready when, when it's time," said Chambers, whose son is also on the football team. "You just don't take things for granted. And so, they're looking forward to just being back on the field."

Meanwhile, Pflugerville ISD sent the following statement on Tuesday: "While we only have one positive case affecting the Weiss High School football program, we do have a number of exposures among our coaching staff. In an effort to put staff and student safety first, we will be placing the program on hold for the next two weeks."

Stony Point was scheduled to begin its district schedule this week, with upcoming games against Vandegrift and Cedar Ridge. It was the first large classification (6A) Austin-area high school to experience a scheduling issue this football season.