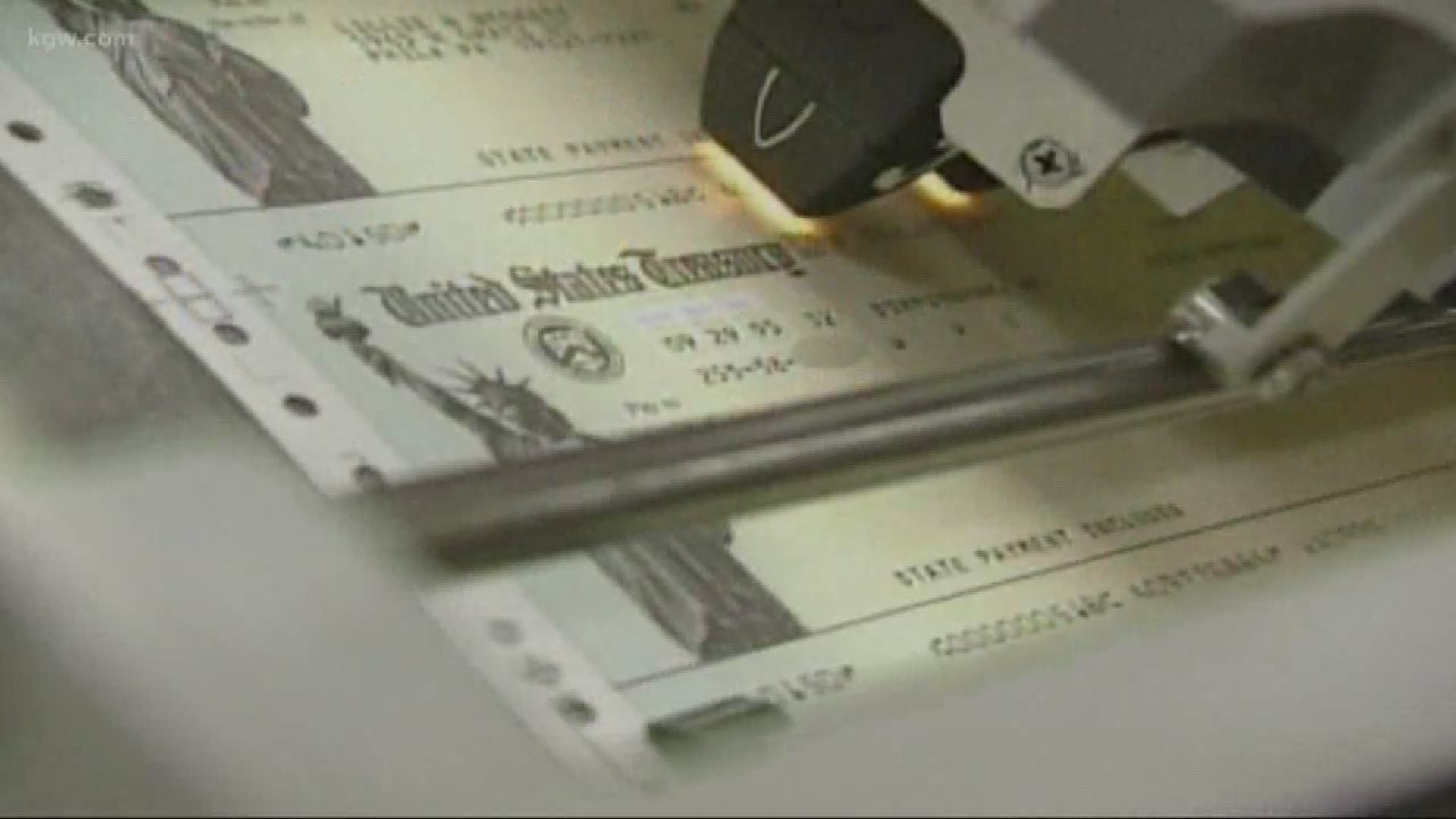 PORTLAND, Ore. — Alice Gustafson is remembered fondly. The beloved wife and mother of four passed away in February 2019. So, it came as quite a surprise when the government sent a $1,200 stimulus check to the deceased Oregon woman.

“How does my mom, who is not even living, get a stimulus check?” asked Gustafson’s daughter, Sally Doughty of Beaverton.

The federal stimulus check sent to Gustafson was marked “DECD” - noting she was listed as deceased in the federal database.

“You’d think they would be careful and filter out people who are dead, but they didn’t,“ said Cheryl Calm of Oregon City. “They’ve sent checks to dead people.”

“If they sent her a stimulus check, how many others have they sent?” asked Calm.

These unexpected checks and direct deposit payments have left many family members uneasy and confused about what they should do with the money.

“We thought, we could donate it to a food shelter but in reality, it doesn’t belong to us,” explained Doughty. “It belongs to the government.”

The Internal Revenue Service said it is aware of the situation, but so far, the federal agency hasn’t offered any advice.

On April 17, President Donald Trump said he expected the money to be returned.

“Sometimes you send a check to somebody wrong. Sometimes people are listed, they die, and they get a check. That can happen,” said President Trump during a White House briefing. “We’ll get that back. Everything we’re going to get back.”

Sending out stimulus payments has been a herculean task for the government. The Treasury Department issued more than 89 million direct payments in three weeks and more than 150 million stimulus checks are being sent out.

It’s not clear how many payments were made to people who were deceased.

In an interview with the Wall Street Journal last week, Treasury Secretary Steven Mnuchin said relatives and estates of dead people who received checks should return the money.

“We’re checking the databases, but there could be a scenario where we missed something, and yes, the heirs should be returning that money,” Mnuchin told the newspaper.

So far, it’s not clear how taxpayers should return the money or what they should do with the check.

Instead, Bogdanski said families should wait for guidance from the federal government when the legal status of the money becomes clearer.