Lawmakers took to Twitter to commend the governor for taking action. 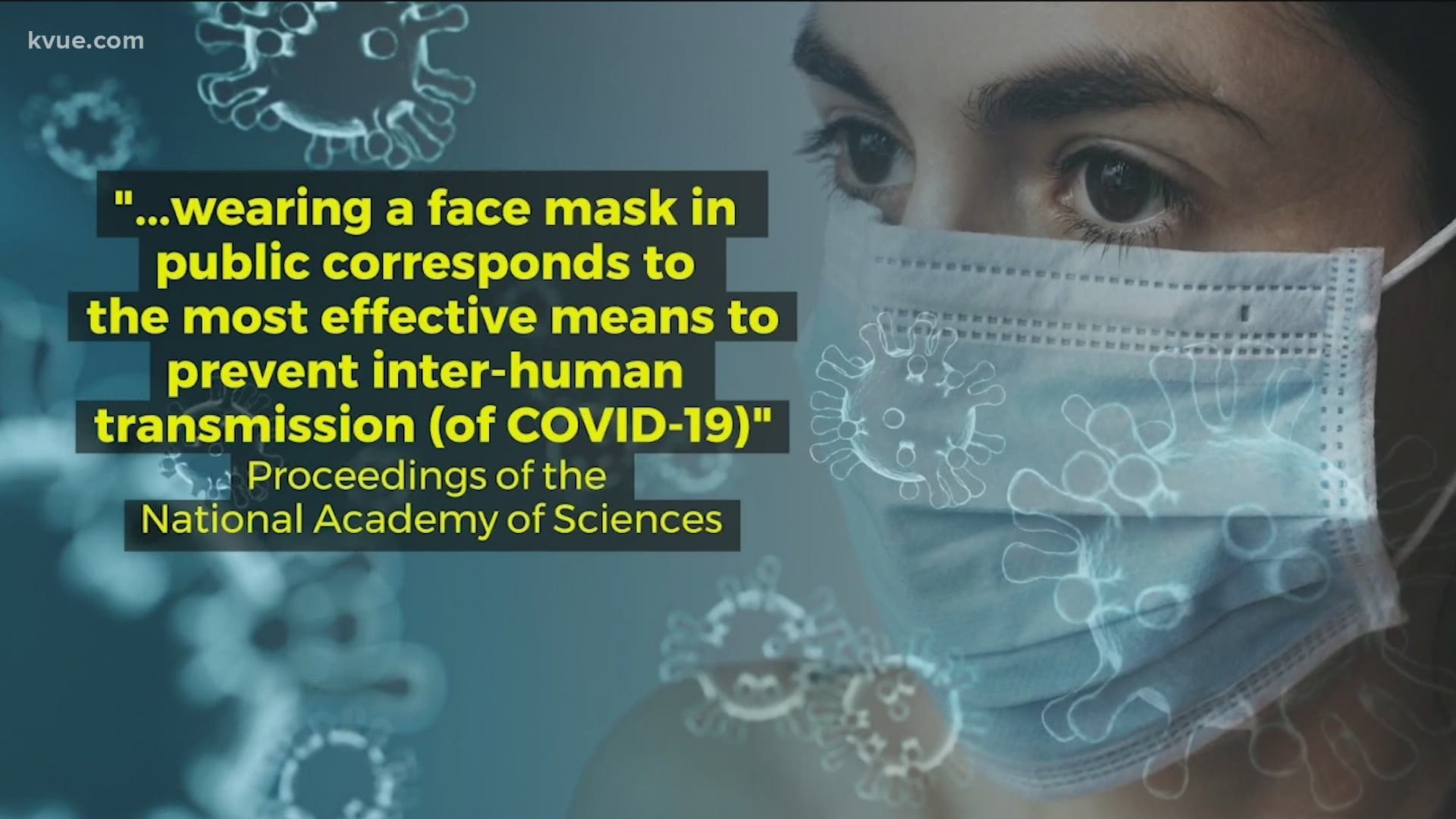 A spokesperson for Travis County released the following statement:

Rep. Lloyd Doggett took to Twitter to commend the governor for taking action. He also said that if action was taken sooner, more lives could have been saved.

Austin City Councilmember Natasha Harper-Madison tweeted it was "about time" for this order.

Texas State Rep. Celia Israel said she was glad Gov. Abbott issued the order and called for President Donald Trump to do the same.

Texas State Rep. Erin Zwiener said she was grateful for this order but wished that it happened months ago.

Texas Speaker Dennis Bonnen applauded Gov. Abbott's actions on Twitter, saying that he continues to lead Texas through the pandemic.

The Austin Chamber of Commerce also released a statement:

"We appreciate Governor Abbott’s action today to require everyone to wear face coverings. This will help businesses and employees, and is the right thing to do for our community health.

"We join Governor Abbott in urging all Texans to be safe: stay home, wear a mask, maintain distancing, and wash your hands frequently.

"The Austin Chamber is proud to partner with many Central Texas leaders and organizations through the Opening Central Texas for Business Task Force. To help reopen our economy safely, the task force recently launched the campaign 'Let’s be a city of US.'

WATCH: How wearing a mask can help prevent the spread of COVID-19