Start of May brings reopenings from coronavirus around the world

Many are ready to return to normal life, but some are doing so cautiously as they wonder if it could lead to a second wave of COVID-19. 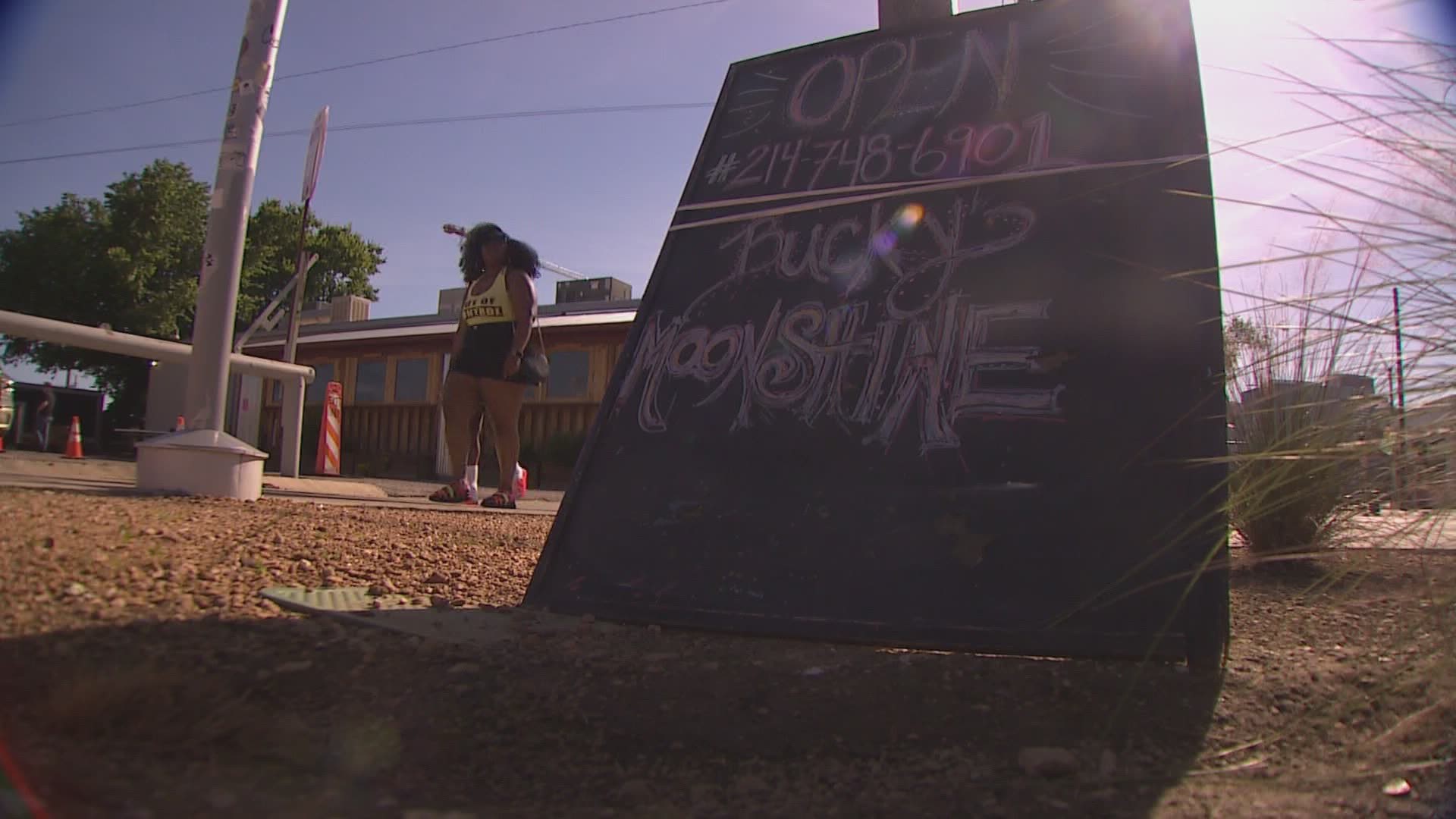 NEW YORK — May is bringing cautious reopenings from coronavirus lockdowns, from Beijing’s Forbidden city to shopping malls in Texas, as the grim economic toll from the pandemic ticks higher.

Many communities around the world are inching toward normalcy without certainty over whether they’ve vanquished outbreaks of the virus. But bleak new figures released Thursday underscored the pain inflicted by the disease and added to pressure on leaders to end shutdowns.

The number of Americans filing for unemployment benefits surpassed a staggering 30 million and the European economy shrank a record 3.8% in the first quarter as hotels, restaurants, construction sites and manufacturing were frozen by lockdowns.

As bad as those and other numbers are, some are outdated because of the lag in gathering data so the true situation is almost certainly much worse.

Still, analysts saw a glimmer of hope in the way new unemployment claims have fallen for four straight weeks. Andrew Stettner, a senior fellow at the Century Foundation, said the wave of layoffs at vulnerable businesses such as restaurants, hotels and stores may have largely run its course.

“Thankfully, for now, the economic contagion seems to have plateaued,” Stettner said. “But we’re still at a level that is a mortal threat to the nation’s financial well-being.”

RELATED: Here's what Texas retailers are recommended to do when they reopen May 1

Layoffs amount to 1 in 6 American workers and encompass more people than the entire population of Texas. Some economists say the U.S. unemployment rate for April may be as high as 20% — a figure not seen since the Depression of the 1930s, when joblessness peaked at 25%.

China's ancient, majestic Forbidden City reopened on Friday with all tickets for the May 1-5 holiday period sold out, and a limit of 5,000 visitors a day, down from the earlier maximum of 80,000. The Chinese capital reopened its parks and museums, with controlled entries, about three months after hundreds of millions of people were ordered into a near lockdown as the coronavirus outbreak erupted in the central city of Wuhan.

China on Friday reported 12 new cases, six of them brought from overseas, and no new deaths for the 16th day.

In the U.S., where large numbers of people are still dying from COVID-19, health officials are warning of the danger of a second wave of infection, and some employers and employees have expressed fear of going back to work.

Lacey Ward, an Omaha hairstylist, said she is worried that the Nebraska governor’s decision to let salons reopen on May 4 could put her and her family at risk. She would prefer to collect unemployment until the danger subsides.

“I feel like we are literally the guinea pigs in this situation,” she said.

Finding enough workers willing to return is proving to be a challenge for Jennifer Holliday, manager at a restaurant in Oklahoma City that will reopen its dining room Friday. Many of her employees are not returning calls or messages.

“There are some who want to just ride it out and take the unemployment,” she said.

In some states, authorities are adopting a more cautious stance: California Gov. Gavin Newsom ordered beaches in Orange County closed until further notice after tens of thousands of people flocked to the sand last weekend.

Still, many states and countries are pressing ahead, relaxing stay-at-home restrictions amid impatience among those who complain of lost livelihoods and say their rights are being trampled.

Malls will be keeping workers masked and limiting the numbers of shoppers. Some stores may just partially open at first or just have curbside pickup.

The Texas coronavirus death toll hit a single-day high of 50 Thursday as the state was preparing for a slow reboot by reopening retailers, restaurants, malls and movie theaters to limited numbers of customers. The 119 killed over the past three days marks the deadliest stretch since the state’s first fatality in the pandemic was recorded March 17.

In other parts of the world, shutdowns are winding down, with caution.

Malaysia's Prime Minister Muhyiddin Yassin said most business activities will reopen from Monday, days before a two-month lockdown is due to end, after infections fell sharply in recent weeks. Thailand was preparing to reopen parks and some retailers, hair salons and restaurants, while keeping a 10 p.m.-4 a.m. curfew in place and extending its ban on sales of alcohol.

British Prime Minister Boris Johnson, who recently recovered from COVID-19, said the U.K. is “past the peak” and “on a downward slope” in its outbreak but was expected to extend precautions, while Germany, Portugal and the Czech Republic were set to start loosening their restrictions.

With signs that the outbreak has stabilized in places, and after news that the economy shrank at a 4.8% annual rate in the first three months of the year with a crushing 40% drop projected for this quarter, President Donald Trump chose not to extend the White House’s social-distancing guidelines past their expiration Thursday. Those guidelines encouraged people to work from home and avoid restaurants, groups and nonessential travel.

Trump continued to speculate on the origins of the coronavirus, saying that China could have unleashed it on the world due to some kind of horrible “mistake” or that it might have been released intentionally. Intelligence agencies said they are still examining a notion put forward by the president and aides that the pandemic may have resulted from an accident at a Chinese lab.

The virus has killed over 230,000 people worldwide, including more than 61,000 in the U.S., according to a tally by Johns Hopkins University. Confirmed infections globally topped 3.2 million, with 1 million of them in the U.S., but the true numbers are believed to be much higher because of limited testing, differences in counting the dead and concealment by some governments.

Rugaber reported from Washington, Kurtenbach from Bangkok. AP journalists around the world contributed to this report.