If guidelines are strictly followed, bars can reopen on May 22. 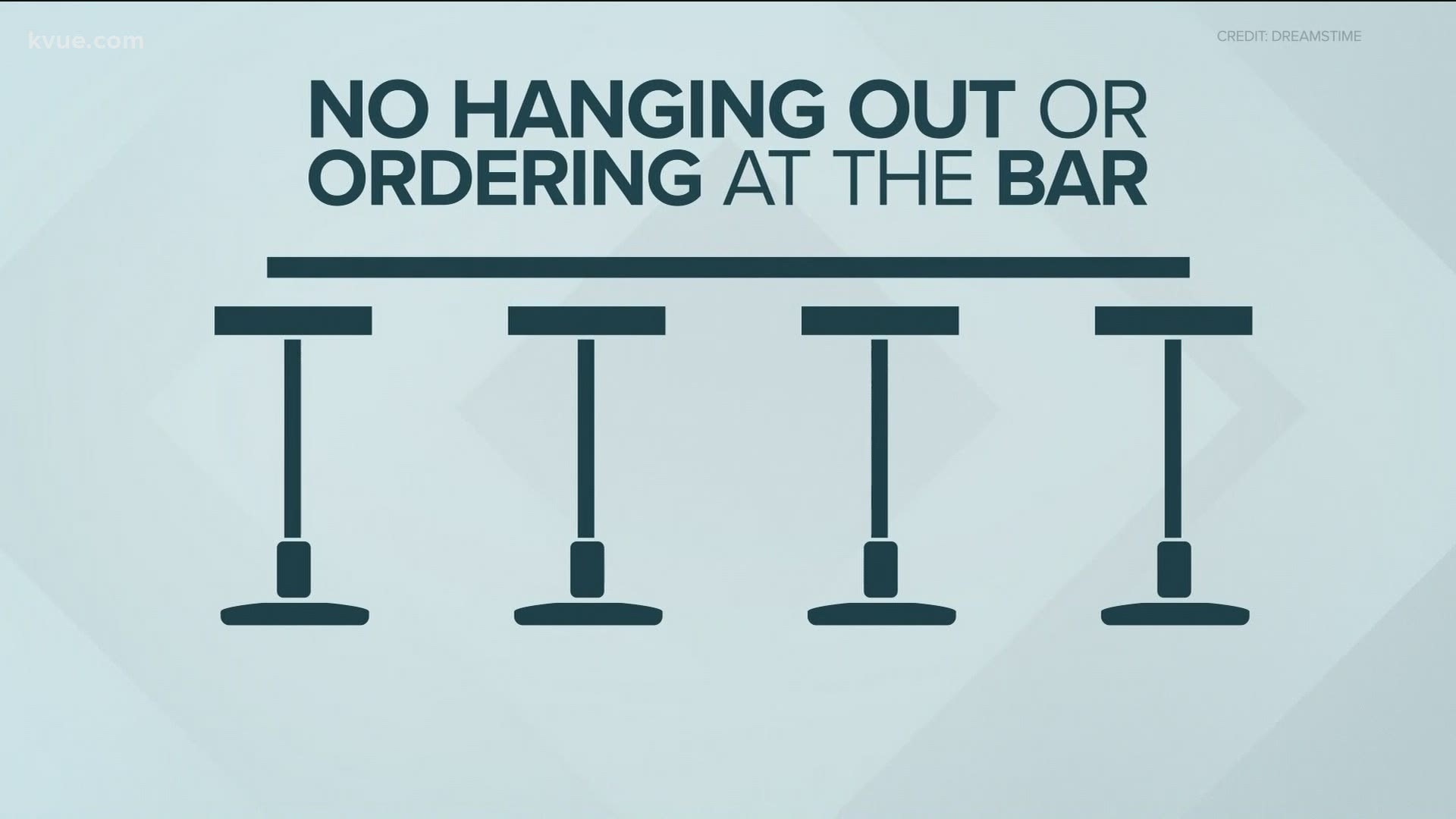 If strictly followed, the guidelines allow bars, breweries and winery tasting rooms to reopen Friday, May 22, under certain restrictions.

The guidelines are forcing some bars to consider several changes, including the LGBTQ nightclub Highland Lounge in Downtown Austin.

Because the new guidelines discourage dancing and require that people remain seated and six feet apart from other groups, Garcia and her team are trying to figure out how to adapt the club's design to the guidelines.

"As we've seen with a lot of businesses, they're having to rethink, redesign and change their business model so that they can operate in these times. I'm sure that together with my team we can find a way to operate, and when we are allowed to dance again, then it shall be," Garcia said.

RELATED: Checklist: How Texas bars will operate when they can reopen May 22

Patrons also aren't allowed to order drinks at the bar, according to the new guidelines, which Garcia's staff is trying to circumvent.

"[We] might incorporate bringing on a new cocktail boy to go around and serve patrons, putting tables out strategically to where people can be served and still have a good time," she said.

At Nosh and Bevvy, a British pub in North Austin, the staff is focused on making sure every customer and staff member is safe when they decide to reopen, which may not happen this Friday.

"We just want to keep everybody safe and happy and make sure everybody is keeping their distance from each other and making sure we have the right procedures before we open the doors," owner and manager Sam See said.

See said they have been able to pay staff and keep up a bit with their bills thanks to the food they've been selling to-go and for curbside pickup. More than half of the bar's sales come from alcohol, though.

"We're just trying to cover payroll and cover rent, make sure everybody is having food at home and taking care of their families," he said.

Once his bar is ready to reopen, his customers will notice several new changes, like fewer tables and a boarded-up bar area. But even if that's not enough for some, See said he understands.

"For the people who want to stay at home, stay at home. Come in, grab a bite, grab a drink, say hi to your friends, and leave if you're comfortable," he said. "If you're not, by all means ... I'm terrified of catching it and passing it on. Even catching it, you might get sick. It's more that you pass it on and you feel bad that you're giving it to your friends and your family."

According to Abbott's guidelines, if a bar doesn't strictly follow the new guidelines, the TABC could suspend its license for at least 30 days.

You can find a complete list of the new guidelines here.

WATCH: Texas bars can reopen on May 22