Reusing PPE and an increase in patients has Texas doctor concerned

Using Tupperware, Dr. Pritesh Gandhi demonstrated how he safely takes off his N95 mask for reuse while preventing self-contamination. 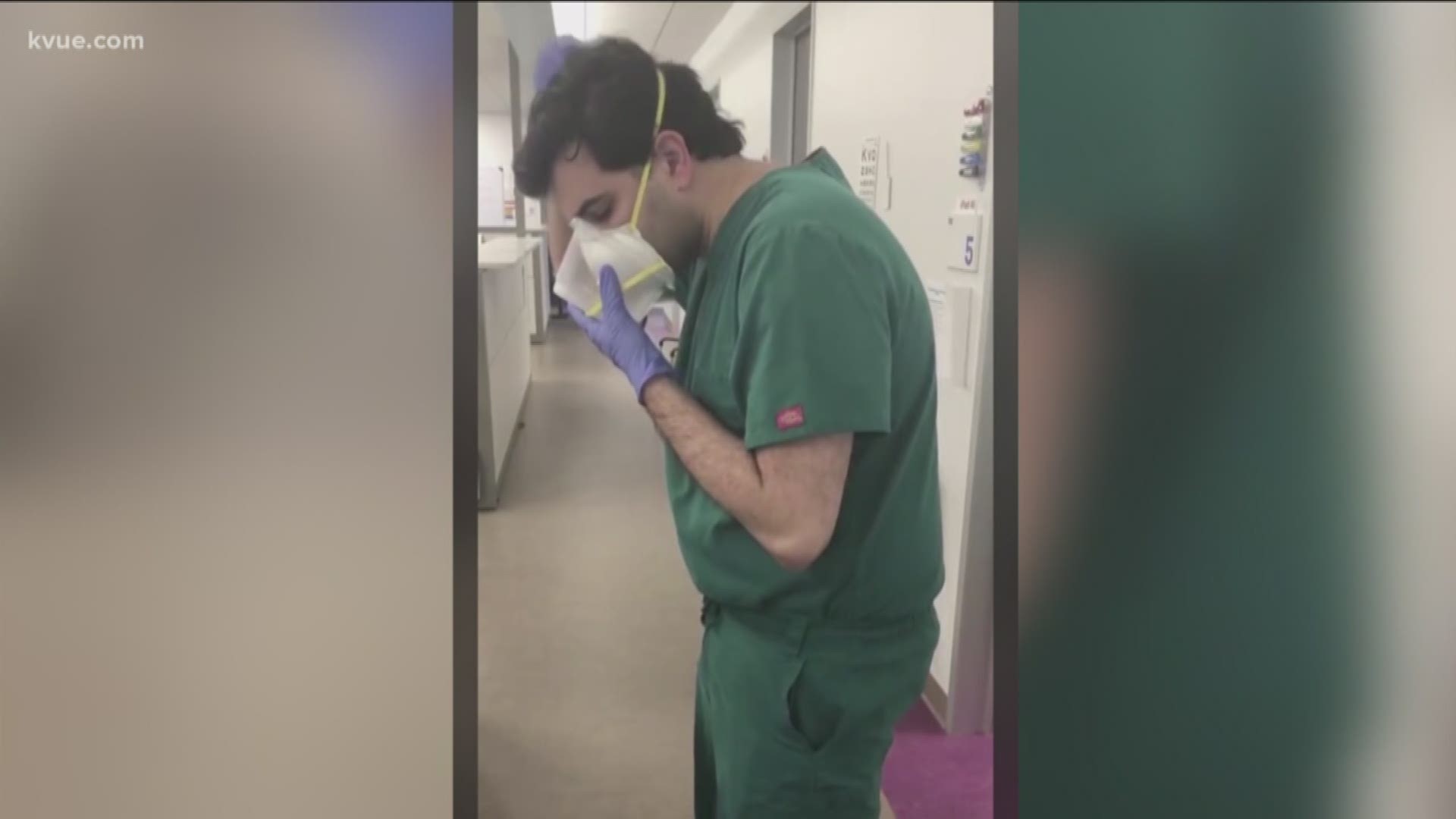 AUSTIN, Texas — It's an issue that has affected hospitals and clinics around the country: lack of private protective gear but one Texas doctor told KVUE the healthcare community shouldn't have this issue.

Gandhi said there is a limitation of protective equipment.

This can get tricky, so Gandhi found a way to be resourceful and make sure he and his colleagues at the People's Community Clinic could fight COVID-19 safely.

Using Tupperware, he demonstrated how he safely takes off his N95 mask for reuse while preventing self-contamination.

"We've seen numbers of healthcare providers and nurses and others who have fallen ill secondary to this virus and self-contamination is a leading cause of that," Gandhi said.

Pandemic or not, Gandhi believes the healthcare community shouldn't have to be in this predicament.

"We have factories that can be put to use to mass-produce masks and gloves and gowns all across the country," explained Gandhi." There is a way to open up our economy while at the same time listening to science and listening to experts and it's by investing in PPE, by investing in expanded testing and by deepening our contact tracing in the region and across the state."

Gandhi has been on the front line for seven weeks, but he said early May has been the busiest with an increase in calls and patients. At the end of April, Gandhi said he saw three to four suspected COVID-19 patients in a three-to-four-hour clinic, but in the first week of May, he saw double.

It has subsequently caused an increase in concern over the lack of PPE now and in the future.

"Now, this isn't to say that the opening is what's causing this increase in call volume, but what I think it does demonstrate is that we have not yet met key benchmarks that have been put out by not just the state of Texas, but by the federal government to open in the safest, most effective way possible," Gandhi said.