Even when bars were given the green light to re-open in May, Banger's decided to keep its doors shut. 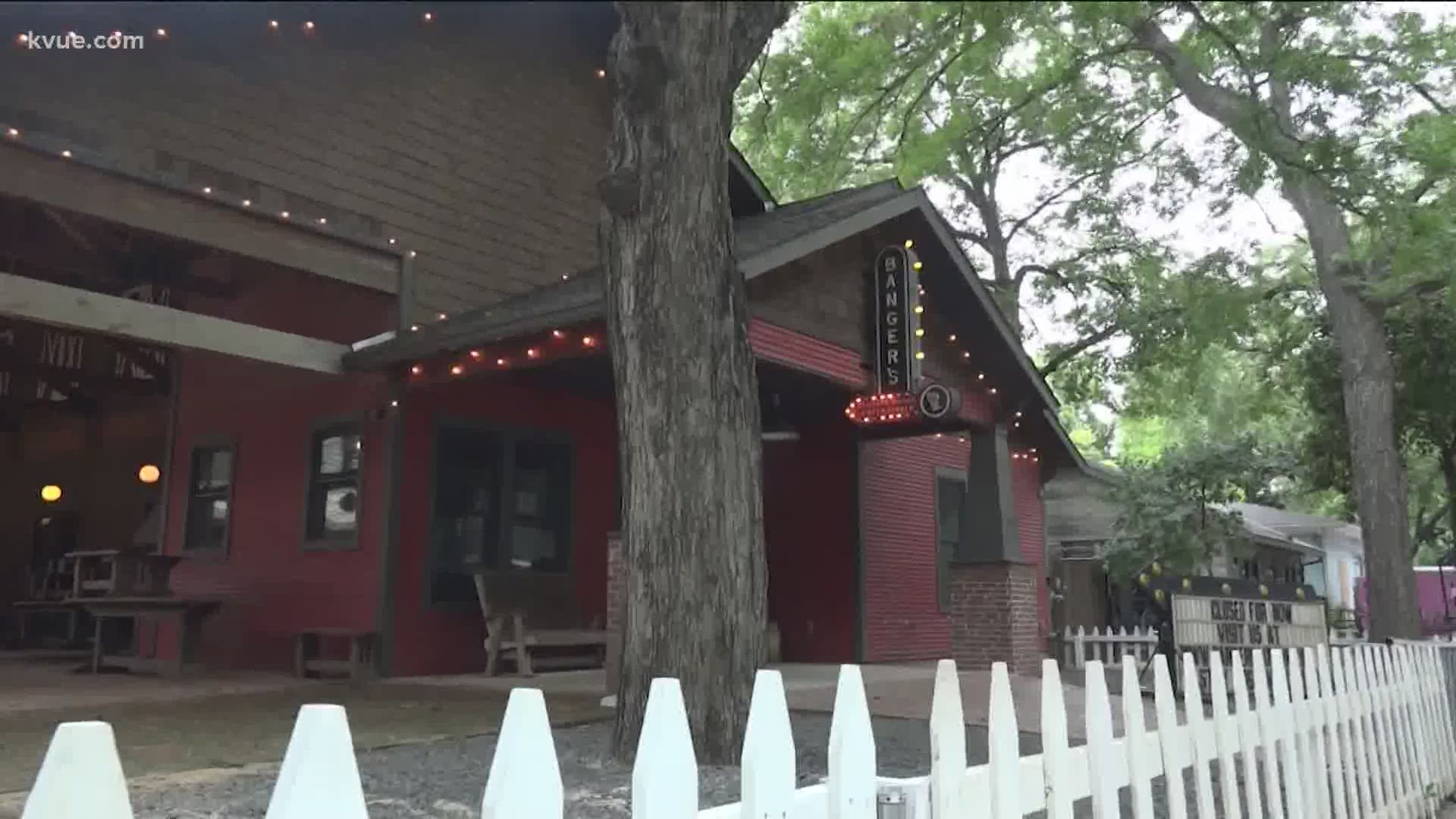 AUSTIN, Texas — Banger's Sausage House & Beer Garden closed its doors in mid-March before it was mandated by the State and hasn't seen any customers since then.

Even when the State allowed bars to reopen in May, Banger's owner said they weren't ready yet.

"I was like, 'Wait a minute, we serve like thousands of people a week, sometimes a day. We could really accelerate this thing. We could really cause a problem,'" said Ben Siegel, Banger's owner. "The State really gave us some really good tools in the shared work program."

When the conversations of re-openings started in May, Banger's owner Ben Siegel said his team took a closer look at COVID-19 data and monitored it on their own dashboard.

"What we saw was none of the guidelines being met, but then the State decided to reopen ... things getting worse ... and restrictions being continuing to get loosened. And so, we're watching this and we're like, 'Well, what do you think's going to happen right now?'" said Siegel. "Hopefully, this is a wake-up call for people that have been in resistance to making a plan."

Our plan to make a plan is starting to come together. More info on our reopening coming soon! www.bangersaustin.com

Siegel made it clear that they were in a financial position other bar owners may not be in.

"Everybody is different ... my circumstances are different than everybody else's circumstances," said Siegel. "I can't tell you what I would do if I was in someone else's shoes. If I were not in that position financially, I don't know. My primary responsibilities are to feed my family and take care of them. And so, my thinking changes if that's threatened."

On their Facebook page they posted this statement on May 22:

"Hey Folks, I wanted to give you all a quick update and let you know that we will NOT be opening to the public this weekend. We have been working hard on a reopening plan, but it's still not where it needs to be. My best guess is we are still a couple of weeks away, but we'll see. In the meantime I know lots of our neighbors on Rainey are getting geared up to welcome you once again, as are many fantastic restaurants and bars across the city. Please continue to be safe but, if you feel comfortable, go out and support a local business or two!"

Siegel thinks Texas bar owners need clear orders and enforcement instead of leaving it up to bar owners on what to do.

"I do think that the sooner we come up with a logical plan and we can all come together and fall in line and follow the plan, then we can get to a point where we can all coexist with this thing until we don't have to anymore," said Siegel.

With Banger's closing for more than three months, Siegel said it has cost him $1 million. He said he had to furlough dozens of employees and went from nearly 110 to 13.

KVUE asked how he's doing mentally and emotionally, and Siegel said he's doing OK. He plans to open their doors again when the State allows it but, most importantly, when he feels like it's safe.