The service has seen around 60 other teenagers join to become volunteers. 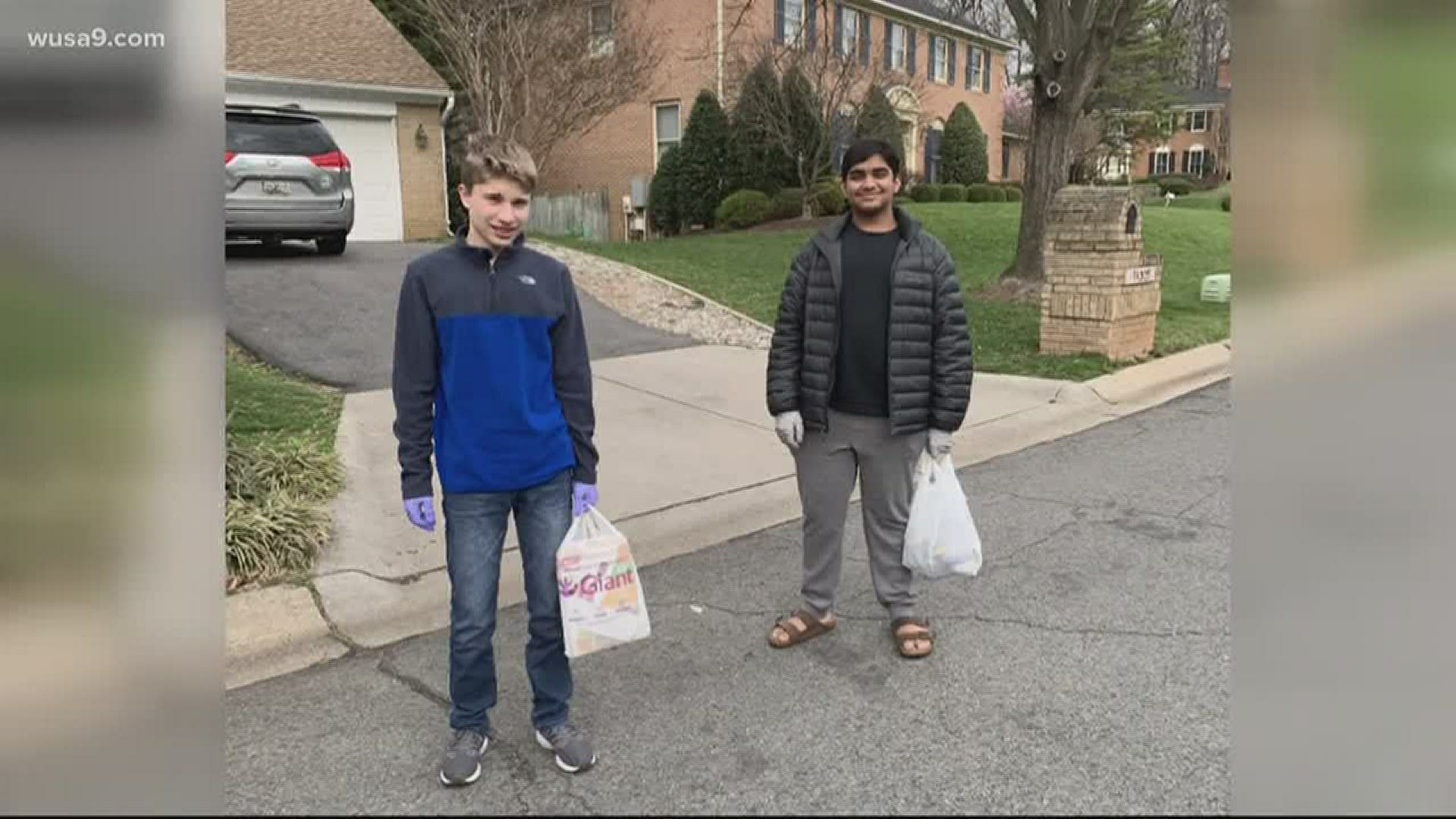 MONTGOMERY COUNTY, Md. — After seeing classes get canceled as a result of the coronavirus, two teenagers used the opportunity to start a grocery delivery service for senior citizens that has surged in activity.

Both are students at Montgomery Blair High School and were inspired to begin their effort after seeing their own grandparents impacted by the spread of the virus.

"We thought maybe there are people in vulnerable populations out there, especially seniors, who don’t have family to rely on during these times," Pai said. "I said, 'Maybe I can make their life a little bit easier and also reduce the risk.'"

The teenagers told WUSA9 that their group offers no-contact grocery and medication deliveries to seniors and others in high-risk categories in the county.

After starting two weeks ago, the two said their group has made over 80 deliveries.

"We’re growing really quickly," Casertano said. "We have a person who deals with the Potomac deliveries and a person for Bethesda. We're all around the county.”

The service has seen around 60 other teenagers join to become volunteers.

For Casertano, the response has helped deliver a strong message.

"Teenagers in other parts of the country, like in Miami going on spring break, are clearly not showing much respect," he said. "Those teens are not representative of the overall younger generation and most of us are still altruistic. We definitely still value senior citizens in our community. I hope our work will dispel those stereotypes and that stigma that we’ve seen due to a few outliers.”

Moving forward, the two teens hope to possibly expand the service to other areas of the DMV. However, above all else, they hope to keep seeing other teenagers helping others.

"It’s definitely been inspiring to me to know that there are many people, like me and Dhruv, who want to give back to our communities," Casertano said.

Teenagers and young adults interested in volunteering for the delivery service are asked to email TeensHelpingSeniors@gmail.com.

RELATED: We're all in this together: Kindness Community