New information suggests coronavirus was in Austin before we thought 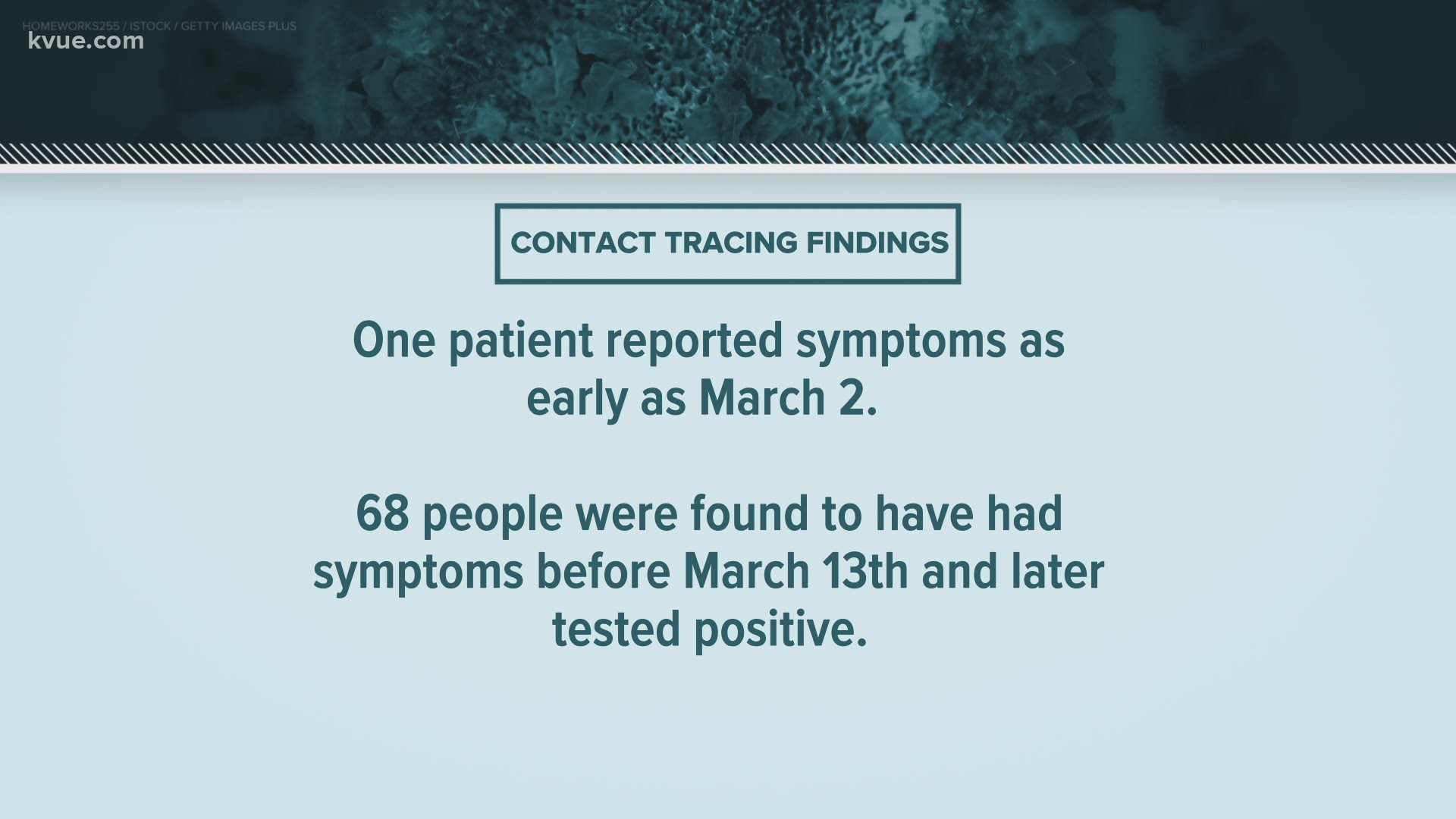 Health authorities said it is possible some of them may have thought they had other illnesses and may have spread the virus without knowing it.

Austin reported its first COVID-19 case on Friday, March 13, but officials said they have information now that it was in the community 11 days before that, based on contact-tracing interviews with people who tested positive.

One patient reported symptoms as early as March 2.

Sixty-eight people were found to have had symptoms before March 13 and later tested positive.

The data is consistent with other parts of the country. For instance, one national study found that Seattle, New York, San Francisco and Boston may have had thousands of cases before their first cases were confirmed.

Closer to home, the Bastrop County judge said he recently tested positive for COVID-19 antibodies, meaning he likely had the virus. He said he was treated for a nasal infection in early February, weeks before the county's first case.

Officials say these new Austin numbers confirm what they already suspected. They say by the time many people test positive, they may have had the virus for much longer and could have possibly spread it, especially if they were not practicing social distancing.

“We early on could see that storm cloud coming, and we were trying to prepare ourselves and prepare our community for that,” said Janet Pichette, chief epidemiologist for Austin Public Health. “But because it was a new virus, we didn’t know what the storm consisted of – a hurricane or tornadoes – which made things even more worrisome.”

Severe thunderstorm watch issued for parts of the Hill Country