Reports say the person was with the DPS and National Guard security at the Texas Capitol. 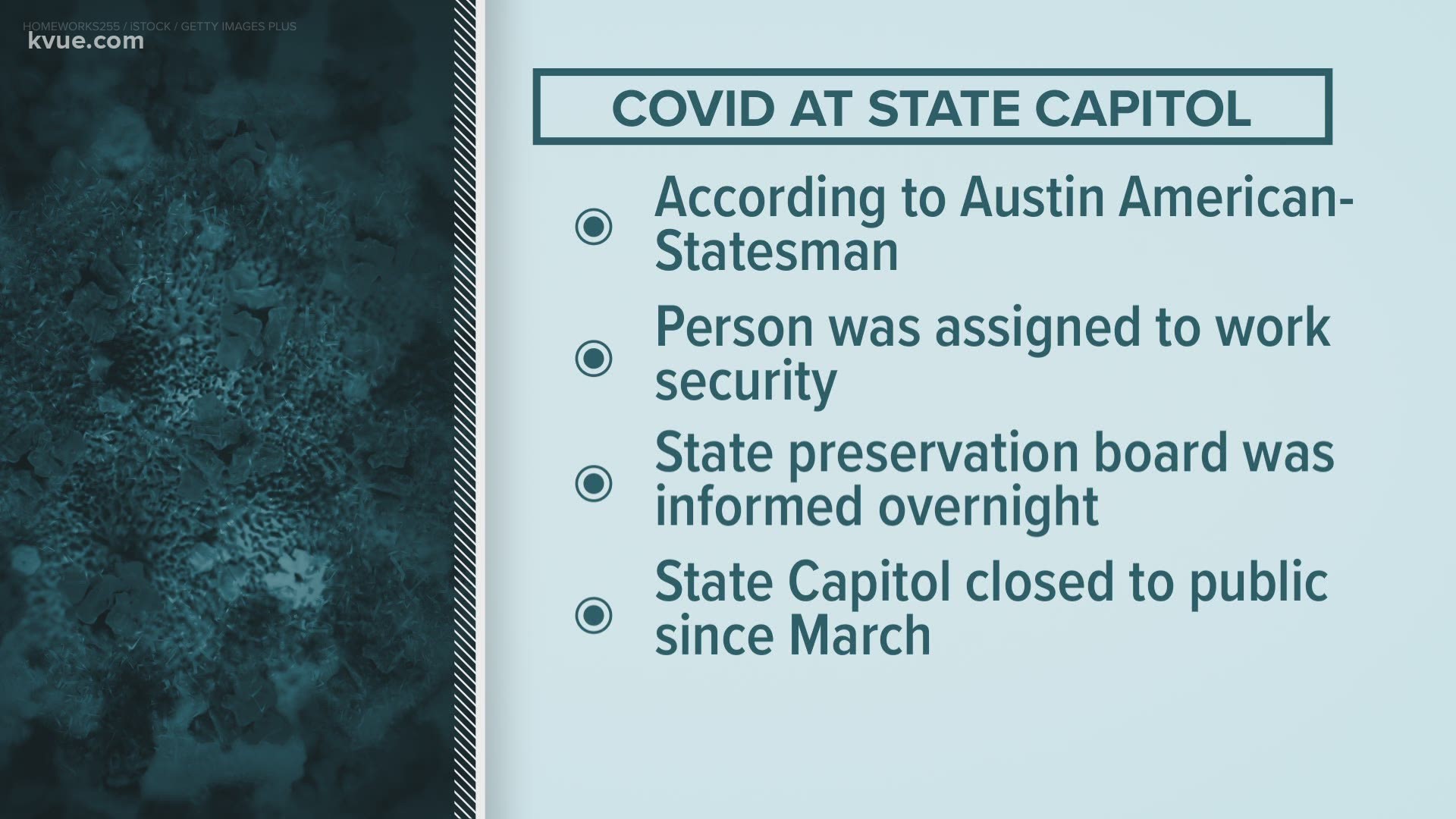 AUSTIN, Texas — An officer assigned to the temporary security force at the Texas Capitol has reportedly tested positive for the coronavirus, according to KVUE's media partners at the Austin-American Statesman.

According to the Statesman, the DPS and Texas National Guard did not immediately respond to a request for a statement.

The added temporary security is in place due to ongoing protests in the city over police brutality and the deaths of George Floyd and Michael Ramos at the hands of police.

George Floyd died in Minneapolis after an officer knelt on his neck for more than eight minutes. Michael Ramos was shot by an Austin police officer in April. It later was confirmed that Ramos was unarmed when he was shot. Ramos later died at a hospital due to his injuries.

Protests in Austin began late on Friday, May 29.

Barton Springs Pool to reopen June 9 by reservation only