The decision comes after the Texas attorney general sued the City and County for not rescinding their mask mandate. 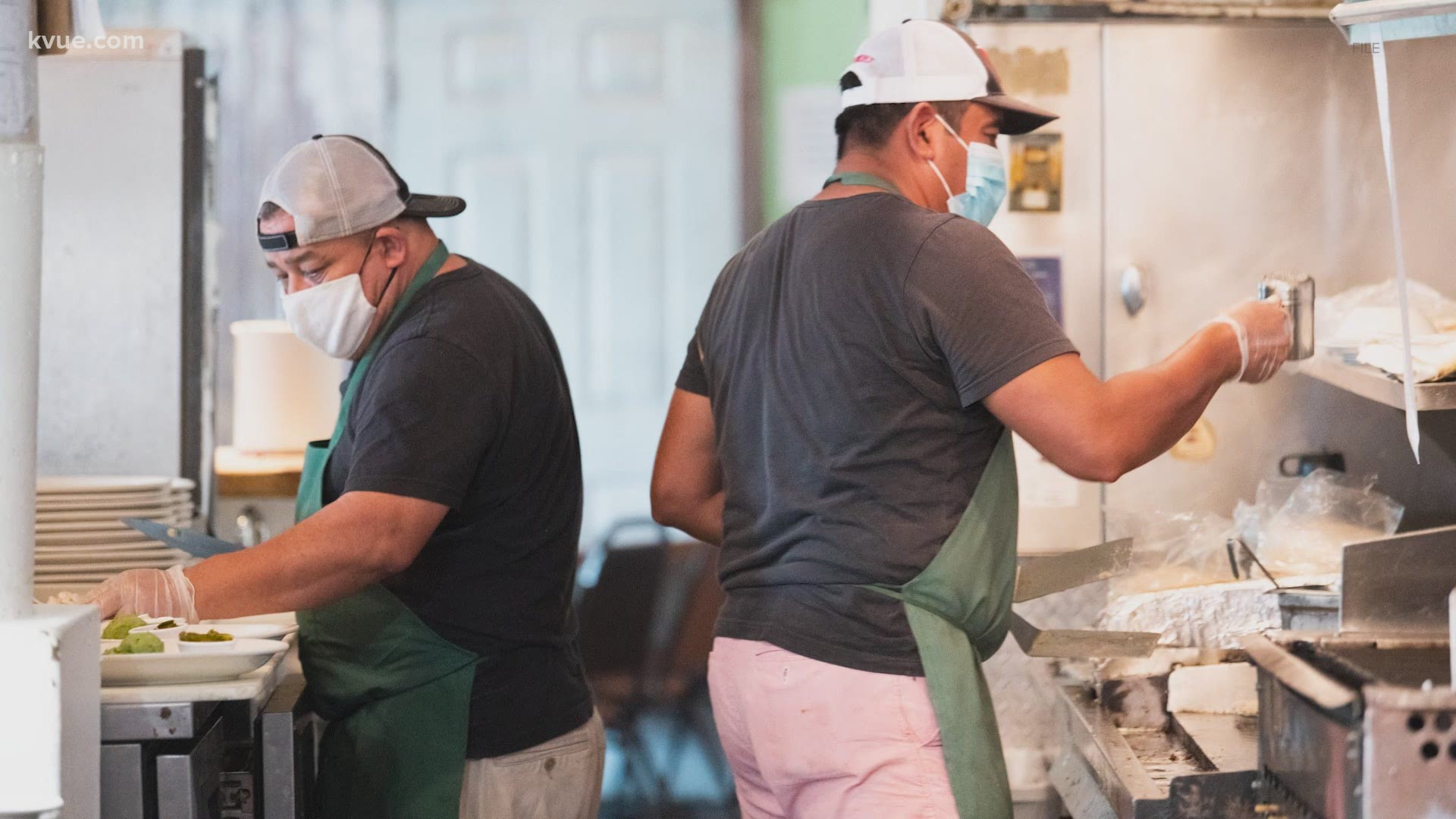 AUSTIN, Texas — A court has decided that Austin and Travis County's mask mandate is legal.

Shortly after the State of Texas lifted its mask mandate on March 10, the City of Austin and Travis County extended its own order requiring the use of face coverings at businesses and when social distancing is not possible.

Within days of Austin's extension, Texas Attorney General Ken Paxton sued the City and County in an attempt to block the local COVID-19 mask mandate. The City of Round Rock joined Austin in its decision to continue requiring masks, but no legal action has been taken against Round Rock.

A district judge, however, denied Paxton’s temporary restraining order, saying both sides need more time to prepare. An injunction hearing was then set for March 26.

Dr. Mark Escott, interim health authority for Austin-Travis County, told the 261st Civil District Court on Friday that people wearing masks may have saved 1,100 lives over the past year.

“Data reports on COVID-19 cases and deaths per capita show that, compared with other jurisdictions in the state of Texas, Austin is doing better than most,” Dr. Escott said. “We have seen that masking is perhaps the most important of public health mitigation strategies for COVID-19. It’s clear we haven’t beaten COVID-19 yet. If we can maintain protections it will enable us to get more people vaccinated and ultimately it’s going to save lives.”

Travis County Judge Andy Brown tweeted Friday afternoon that the court upheld the city and county's order "to follow our local health authority’s mask requirement in Travis County and the City of Austin."

"Travis County remains committed to following the science and the advice of our health experts," Brown said after the ruling. "Today’s court ruling allowing the health authority’s rules to remain in place and keep the mask requirements for businesses puts the health and safety of our public above all else during this pandemic."

The State said the City and County's social distancing mandates limit restaurants from being 100% open. Plus, the attorneys said businesses and people should decide if they want to wear or require face masks. They argued was about personal freedom.

Austin and Travis County disagreed and point to public health being a priority.

State District Judge Lora Livingston said, "I cannot find that [the State] met its burden to demonstrate the right to the relief it seeks."

Paxton is expected to quickly appeal the ruling.

In a statement, Austin Public Health said, "The court decision recognizes the importance of local rules in promoting public health in the community, keeping essential workers safe and ensuring our business community can thrive by driving down COVID-19 transmission."

“For however long the City’s mask mandate is in effect, our community is more safe because the message is clear that masking works and is effective. Just the court’s delayed ruling, being in force during this past spring break, has been a victory for doctors and data over politics.

“Today’s court ruling is not what’s most important. We shouldn’t wear masks because of laws or orders, but because they work. Our community has control and can and should continue to make the decision to wear and require masks because it’s the right thing to do. This push to continue masking has never been about laws and enforcement; it’s about communicating a culture of common decency and concern for one another, our businesses and our community at-large.

"Abbott’s decision to remove the mask mandate puts politics over people, rhetoric over the effort to further open, and keep open, schools and businesses. Since Gov. Abbott issued his executive order ending pandemic mask mandates, the city of Austin has lost four scheduled conferences because of attendee health concerns.

"We will continue to follow the doctors and the data that urge individuals and businesses alike to continue to mask until everyone is vaccinated, because it’s the right thing to do.

“The pandemic mortality rate for Austin is less than half that of the state average (and national average). We are enjoying that success because our community will do what it takes to protect lives and to best recover, and that means continued masking. Please continue to #MaskUpATX; we are so close to enjoying a return to more normal lives."

Under Austin's mask rules, businesses and other sites must require individuals to wear a face covering, with some exceptions. Businesses should also clean and disinfect high-touch items, require at least 6 feet between groups of 10 or fewer and post face covering and hygiene signage. Those in the City of Austin must wear face coverings when outside their residence.

In the week after Austin and Travis County announced they would remain under its mask orders, Austin 311 saw a sharp increase in calls regarding masks.

More than a month without gas, apartment tenants told to temporarily move out Friday