Some teenagers who attended the party were still waiting to receive their COVID-19 test results and have now received positive results, APH said. 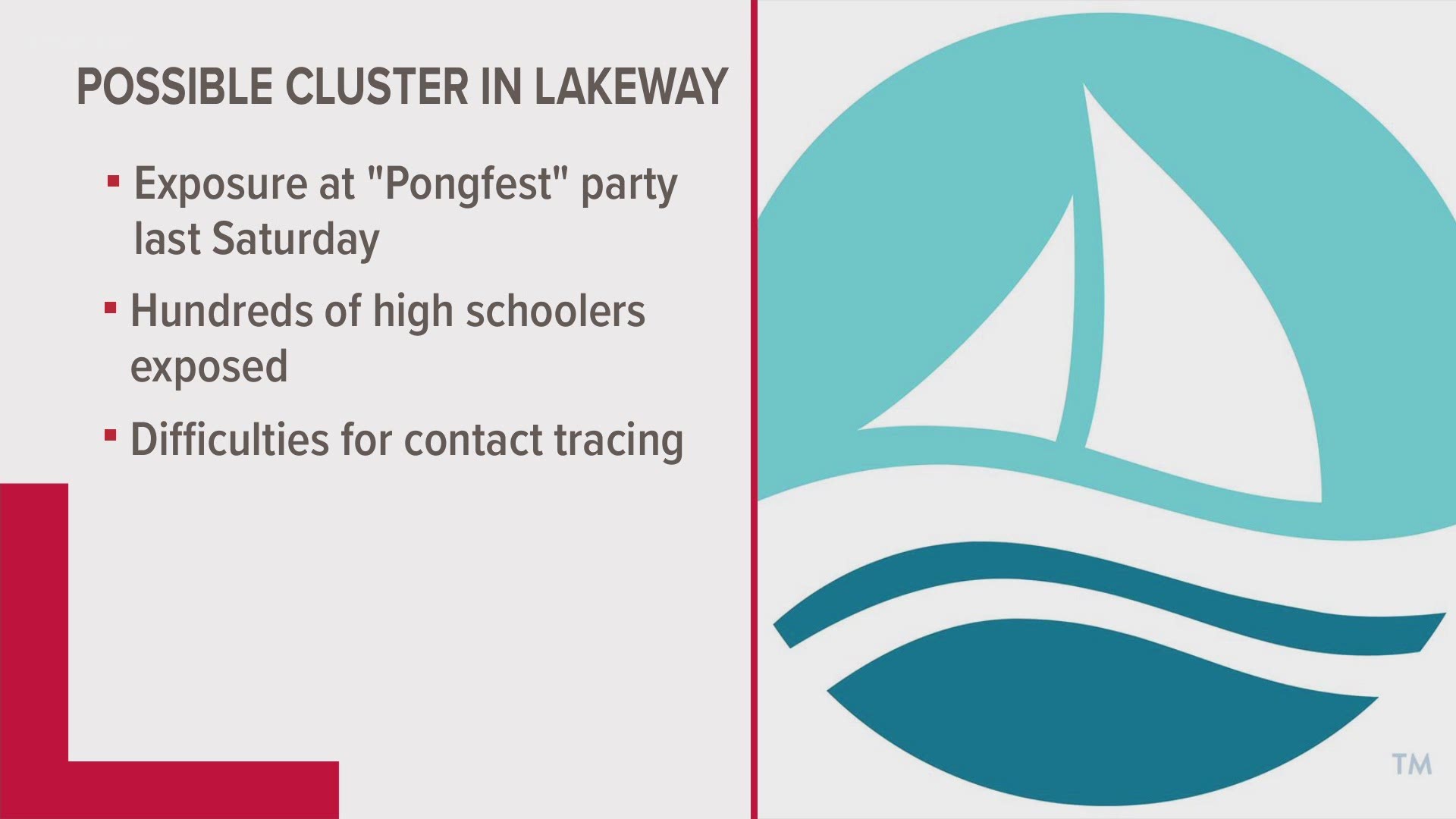 LAKEWAY, Texas — Hundreds of teenagers were exposed to COVID-19 after a large party that took place on June 20 in Lakeway. According to Austin Public Health (APH), some attendees were waiting for their coronavirus test results at the time of the party and have now received positive results. About 300 teenagers attended the event.

"Our caseload is probably going to increase and it’s because there was a very large party this Saturday," said Lakeway Mayor Sandy Cox. "It was with a number of high school students and there were students in attendance that were positive for COVID-19."

According to the mayor, some of the students did not realize they were positive until after the party.

RELATED: What is Pongfest? Summer tradition could cause COVID-19 surge in Lakeway

"It was called 'Pongfest,'" said Cox. "And Austin Public Health is involved with this contact tracing."

APH said epidemiologists are asking that any participation in gatherings be mentioned during their contact tracing investigations so they can identify possible clusters.

"The virus often hides in the healthy and is given to those who are at grave risk of being hospitalized or dying," APH said. "While younger people have less risk for complications, they are not immune from severe illness and death from COVID-19. "

Join Mayor Cox live with the latest on COVID-19 in the Lake Travis area.

Posted by City of Lakeway Government on Thursday, June 25, 2020

The mayor said that APH is encouraging those who attended the event to self-isolate.

Cox said the city is working with Baylor Scott & White to set up a testing site to accommodate the large number of people that will need to be tested from this event.