Retail stores in Texas can open back up starting April 24, but it won’t be business as usual. It’s part of Gov. Abbott’s plan to slowly reopen the state. 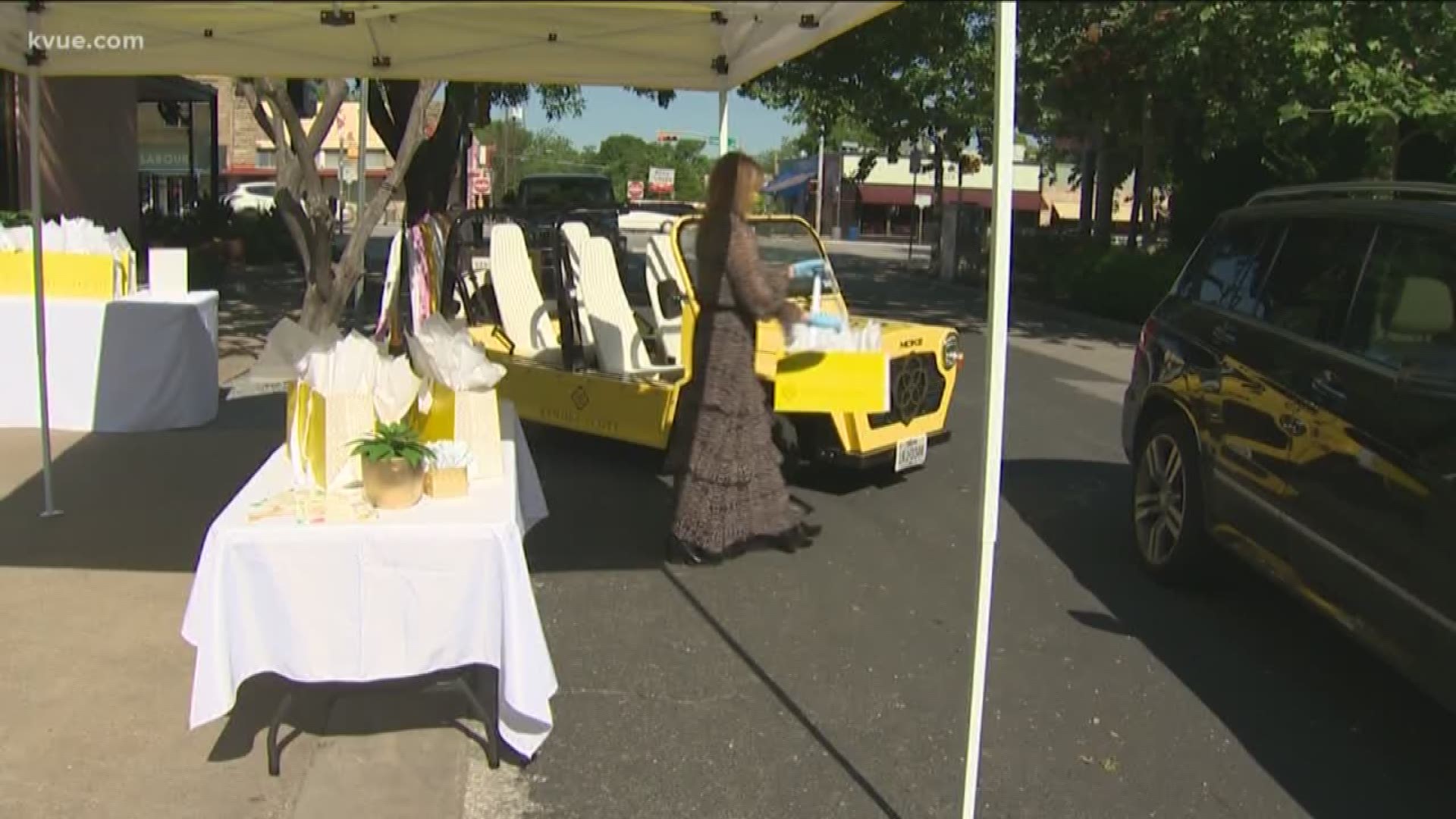 AUSTIN, Texas — For weeks, retail stores along South Congress have been temporarily closed due to coronavirus, but Friday some are opening their doors back up again, offering retail to-go.

RELATED: How 'retail to-go' will work in Texas

Kendra Scott is one of the stores reopening. They’ll be offering curbside pickup.

Here’s how it works:

Customers can call the store nearest to them, order what they want and pay over the phone. Then, when they drive up, they just send a text, and an employee will come out and place the yellow bag in their trunk without making any personal contact.

Compared to the rest of the country, Texas is in the minority when it comes to allowing shops to reopen at all. We asked Kendra Scott about the concern some have of businesses opening up too soon.

“I think with curbside and to-go, it makes the best sense right now,” said Scott, founder and CEO of Kendra Scott. “Obviously for a period it was really important that we stayed in this quarantine, and I think right now we still are right and we’re going to take every measure to keep our employees and our customers safe and that is No. 1 priority.”

Scott is a part of the governor’s strike force, the group thinking about how to reopen Texas. She said retail to-go is a way to put health first and slowly bring back jobs.

RELATED: 'We don't want to be the reason someone gets sick' | Some retailers opening up at a slower pace than others

“You’ve seen it happening with grocery stores already, pharmacies are doing it,” said Scott. “It’s really taking that same concept and being able to expand it a little further to other businesses so just to get those businesses able to start coming out of this a little bit. I think this is going to be an important thing and we’re going to just have to take it day by day.”

We also stopped by Allens Boots just down the street. They’re still trying to figure out what this new normal will look like. Blake Abbott, the general manager of the store, told KVUE customers can knock on the door and they’ll bring out products that suit them. They can try on items outside. Customers can also call and shop virtually via Facetime.

“[We can use] Facetime or Google Duo and give them a tour of the store, being able to talk to them about leathers, fit, you know, essentially everything we would do normally but just virtually,” said Blake Abbott.

He said they trust Gov. Abbott’s decision to open up again.

We did speak to another business along South Congress. South Congress Books told KVUE they're not opening back up because they "don't feel it's safe" yet.

How does this new plan apply to malls? Lakeline Mall and Barton Creek Mall will be closed, but shops may operate curbside. At The Domain, it's up to tenants to decide if they want to reopen.