ICU capacity has hit its third-lowest point since the start of the pandemic. 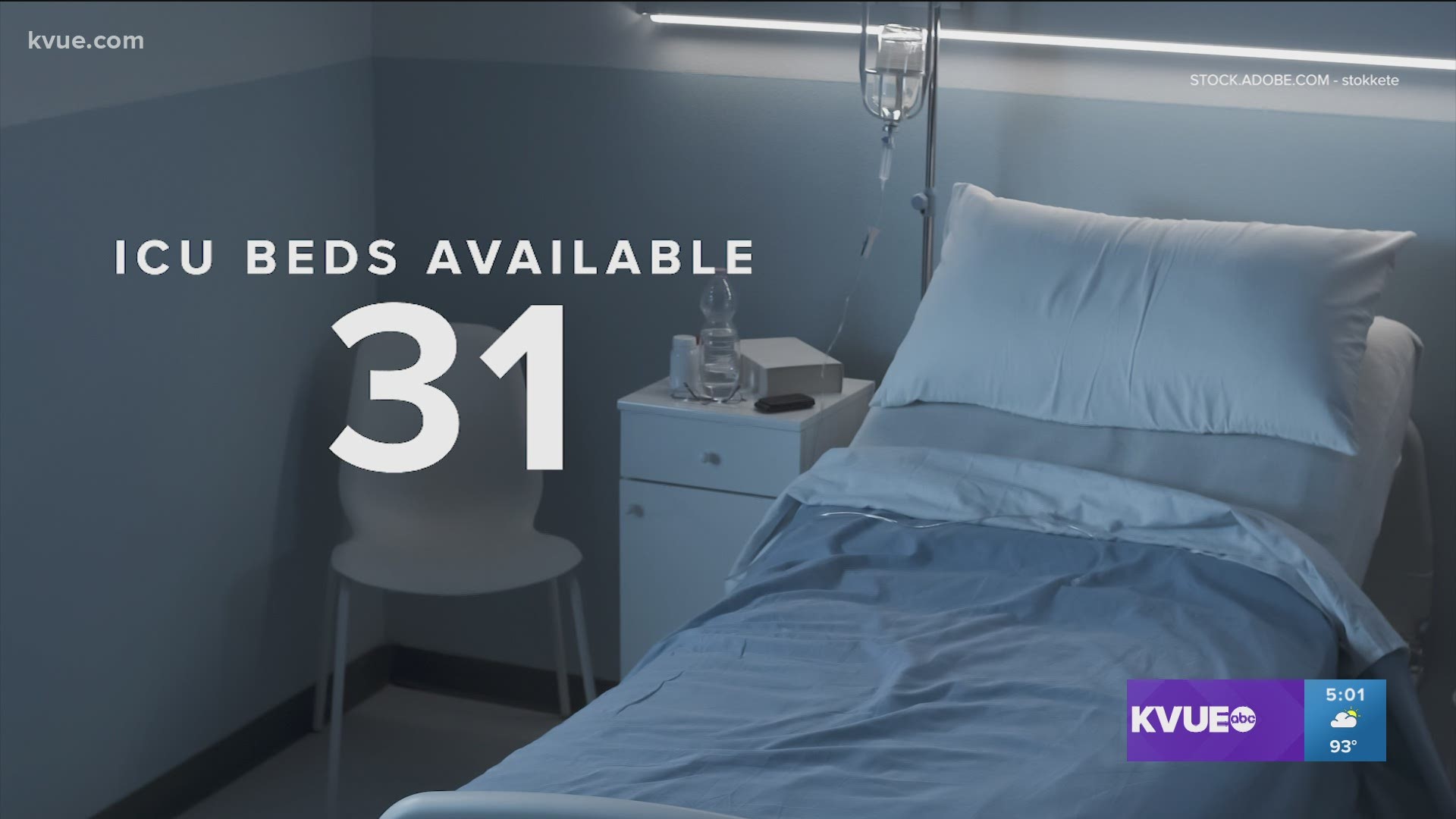 AUSTIN, Texas — The Texas Department of State Health Services (DSHS) reported there are 244 COVID-19 patients in Austin-area hospitals. That number increased 52.5% from a week ago.

Austin-area ICU's are seeing even more of an increase, according to DSHS. It reported 31 ICU beds are available in the Austin area, which is the fewest since New Year's Eve. It's the third-lowest point since the start of the pandemic.

"I'm really concerned right now because the numbers we're seeing are numbers we haven't seen since we last faced a considerable surge. We've only had a few of these in the last year and a half. And these numbers are looking all too familiar again," said Austin Mayor Steve Adler. "So I'm very concerned. I'm very concerned that we might not even have the same level of medical staff available to us that we had a year ago. The nurses and doctors are exhausted and tired."

Adler said, if things continue to worsen, he doesn't think the State will be able to help Austin with hospital staffing like it did last year.

"I am just so tired of having to deal with this virus, but it's pretty clear that this virus is not done with us yet," said Adler. "So, yes, we're seeing more and more people show up in our intensive care units. We have enough staff for everyone that needs an intensive care unit right now. But if those numbers continue to go up, we're going to get pressed."

This comes as Austin-Travis County called a news conference for 10 a.m. on Friday. The area is expected to move to Stage 4 guidelines, pending an announcement.

How to watch the Tokyo Olympics Opening Ceremony

Yes, most hospitals are required to offer financial assistance