'I really looked at this like a death sentence': Austin mom tests positive for COVID-19

Shannon Mann-Butler is a 41-year-old social worker program director at UT Austin who has tested positive for COVID-19. 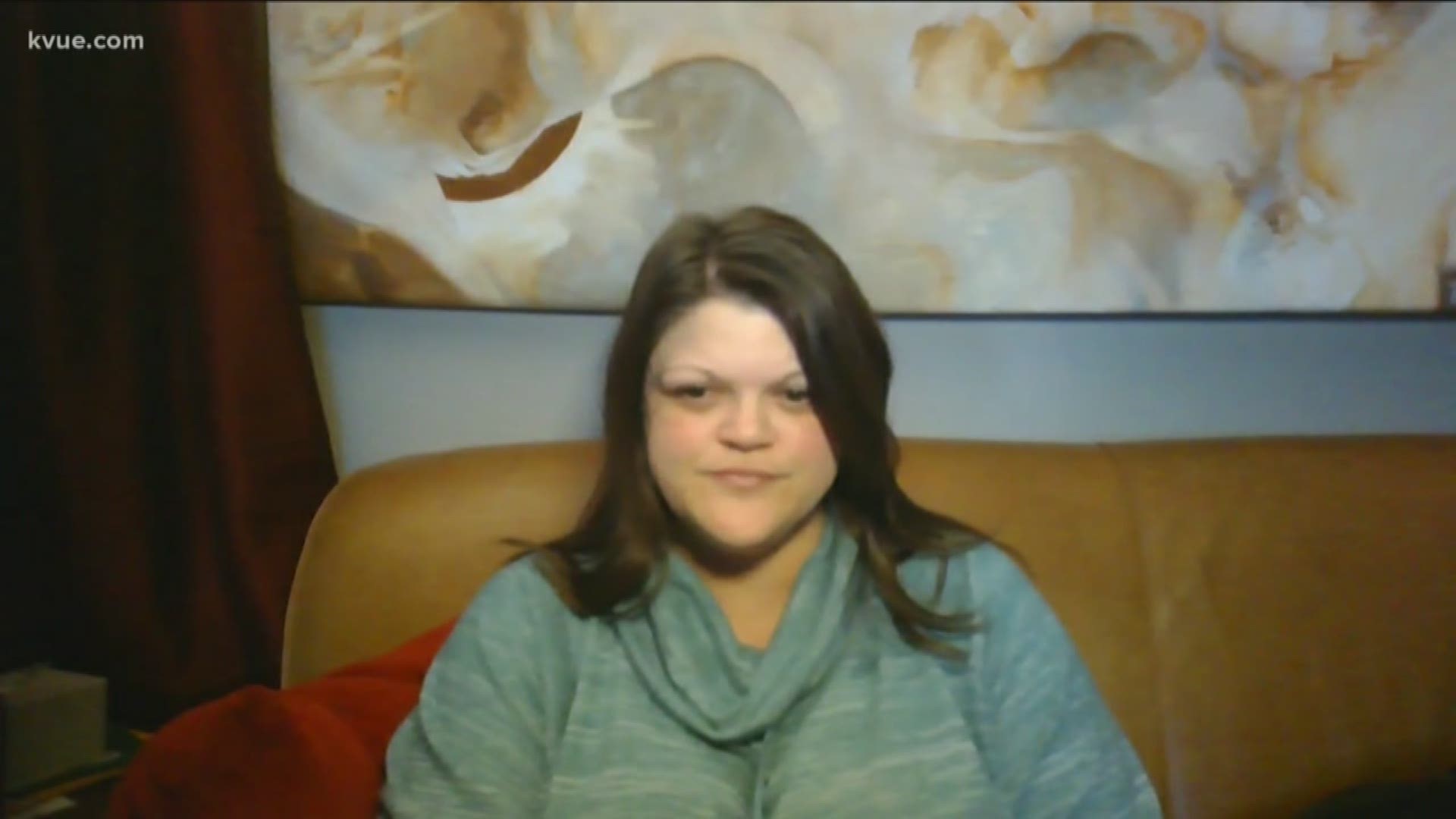 AUSTIN, Texas — After being diagnosed and treated for what was originally thought to be asthmatic bronchitis, Austin mother Shannon Mann-Butler tested positive for COVID-19.

Butler is a 41-year-old social worker program director at the University of Texas at Austin and a mother of a 3-year-old boy.

"I really looked at this like a death sentence," Butler said.

She had her family on lockdown as soon as the quarantine started.

"I kept watching the news and everyone that got it was going to die, or that's what it felt like," she said.

Butler told ABC's Good Morning America she was determined not to let that happen to anyone in her family.

In early April, Butler and her son had a cough they shrugged off as allergies. Her son's cough went away, but Butler was diagnosed with asthmatic bronchitis on April 25 through a virtual doctor's appointment. She put on some antibiotics and cough medicine to help. A few days into taking the antibiotics, she started feeling symptoms of COVID-19. She got tested for coronavirus and got her results on May 1.

When she followed up with her doctor for more information, she "got literally no information from the City or Public Health [officials], or anybody that tested me at that point," Butler said.

Butler had gone to the drive-thru test with the city public health officials.

"They sent me an email two days later," she said. "That was literally a blank website. [It had] the date of my test, the results were back and it was positive, and that was it."

Butler started calling her son's pediatrician and her own doctor to see what she needed to do next.

"[We] just felt completely and utterly lost. We were already doing all of the things that we were supposed to be doing to protect ourselves and this still happened," Butler explained. "So, I really didn't know what to do when I got the diagnosis."

Reading stories from other people helped.

"I'm a research kind of person, and I want to know what's coming next, and you can't with this," Butler said. "There are online support groups with people all over the world. It's so nice to know there's somebody else that's been through it, and that's helped a lot."

Butler said she has her good and bad days.

"I want people to know this isn't a death sentence. I'm not as scared of this as I was initially," she said. "There's so much information out there."

Butler wants to remind people that we don't have the answers yet.

"The majority of the people who are sick are coming out of this, and it's going to be OK," the mother said. "It's going to suck for a while, but it'll be OK."

"This has affected my life on multiple levels. The hardest part for me is knowing I have exposed my family," Butler said. "I look like I'm OK, but I'm not."

Butler wishes she could just play with her son but doesn't have the strength.