Shelters are stepping up precautions to protect staff and one of the more vulnerable populations. 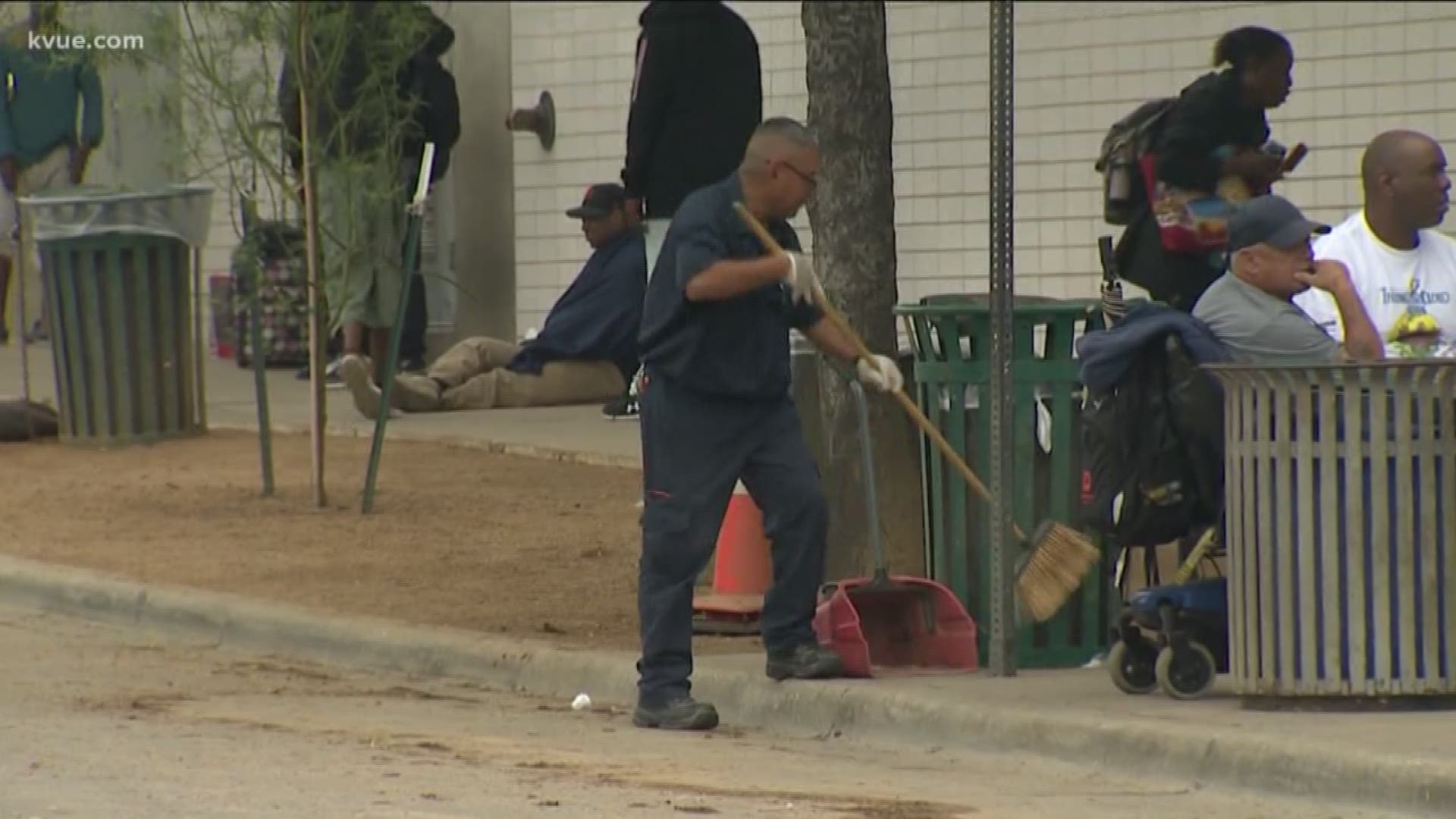 AUSTIN, Texas — It seems everyone is being encouraged to wash their hands and to try to stay at home if possible.

However, that's not an option for everyone, especially if you don't have a place to call home.

"It’s a difficult place to be when the desired precaution is to go to your house and stay inside and not interact, when you don’t have a house to go to," said Greg McCormack, the executive director of Front Steps.

McCormack said they're taking as many precautions as they can at Front Steps, which offers services and shelter to people who are homeless.

Monday morning, McCormack said there was a meeting to discuss additional steps and potentially tough decisions they'll need to make.

"It’s pretty, incredibly difficult," McCormack said. "We just had a meeting where we were talking about some hard decisions that we’re going to make. And every decision that we’re going to make, while it is made in the spirit of keeping our staff safe and clients who are working with us safe, has the repercussion of probably negatively impacting someone who’s homeless."

McCormack said more than 100 people are staying at Front Steps on any given night.

"We’re having to juggle whether it’s best to have more people inside or more people outside, so I think that there’s going to be some disruption to services that we’re providing," said McCormack.

McCormack said he's trying to figure out how they can provide places where people can be outside and be safe at the same time.

He also said he's asked the city for handwashing stations to be placed outside the ARCH, however, he said he knows things are in short supply right now.

The Salvation Army is also taking additional steps in its shelters, along with already encouraging people with symptoms to stay home and deep cleaning areas in the shelters.

As of now, it said the following precautions have been added: