The last time there was no new case was on March 13, when Hawaii had just two cases total. 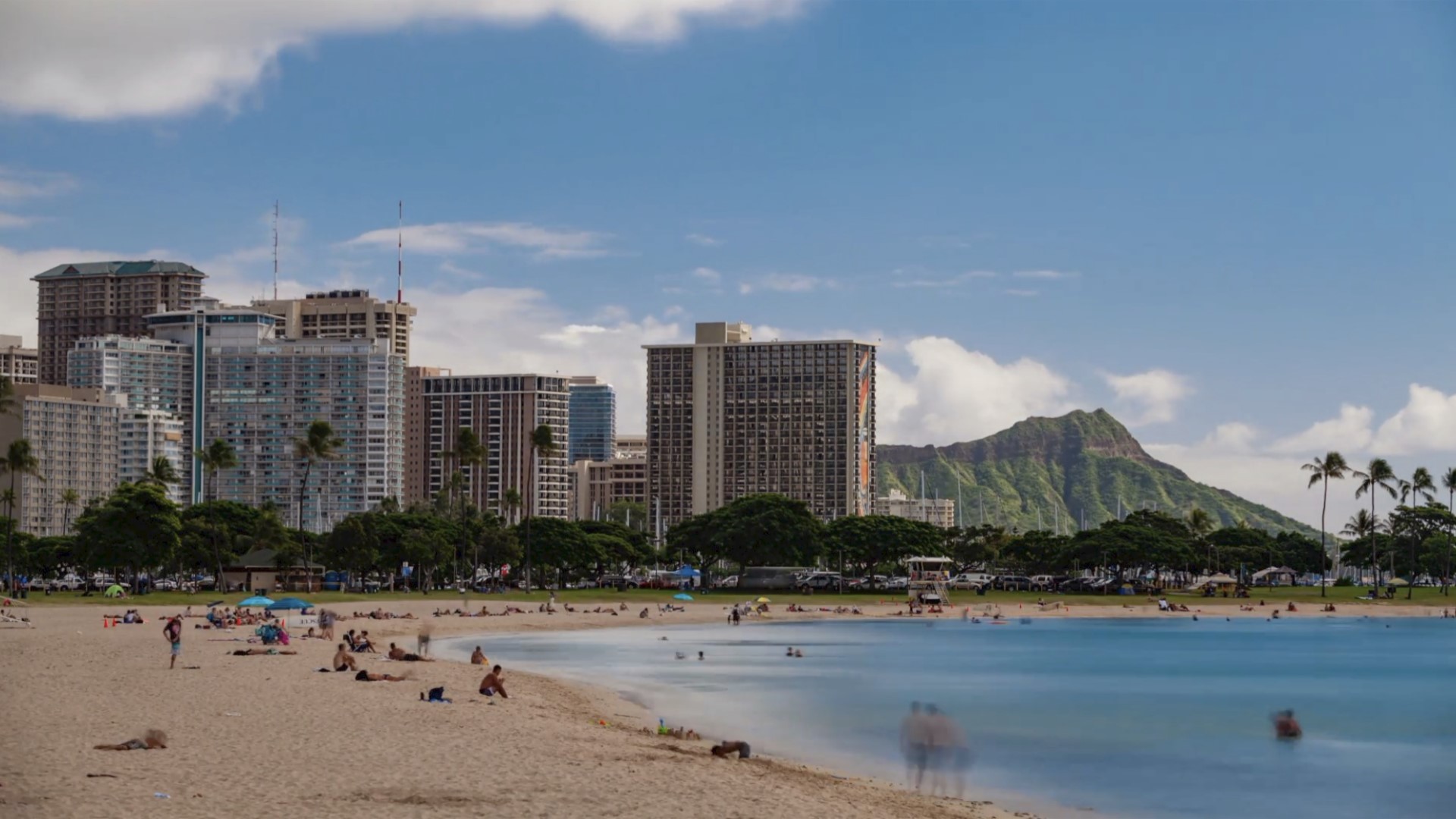 HONOLULU — Hawaii on Friday reported no new case of the coronavirus for the first time in nearly two months.

The state Department of Health said the number of positive cases remained at 629. The last time there was no new case was on March 13, when Hawaii had just two cases total.

Hawaii has been under a statewide stay-at-home order since the last week of March to slow the spread of the disease.

Gov. David Ige has relaxed some restrictions, including allowing shopping malls to reopen. They will open their doors on Maui on Monday and on Oahu next Friday.

People have been allowed to go to golf courses and have elective medical procedures as of May 1.

Since the end of March, the state has been requiring all those arriving and traveling between the islands to observe 14 days of quarantine -- a rule they are strictly enforcing.

A newlywed California couple left their Waikiki hotel room repeatedly, despite being warned by hotel staff, and were arrested, according to authorities.

They're among at least 20 people arrested statewide on charges of violating the quarantine, and many others have received warnings or citations.

Anyone convicted of violating the emergency rule faces a fine of up to $5,000, a year in jail, or both. Officials have even considered having travelers wear an ankle bracelet during their quarantine period, or setting up a designated site where tourists would be required to stay at for the 14 days.

The rules are the strictest in any U.S. state, and have helped keep infection rates low.

Credit: AP
FILE - In this March 28, 2020, file photo, a couple sits on an empty section of Waikiki Beach in Honolulu. Hawaii law enforcement authorities are cracking down on rogue tourists who are visiting beaches, jetskiing, shopping and generally flouting strict requirements that they quarantine for 14 days after arriving. (AP Photo/Caleb Jones, File)