City leaders across Central Texas have only taken tests if they show symptoms. Abbott has taken the test three times 'out of an abundance of caution.' 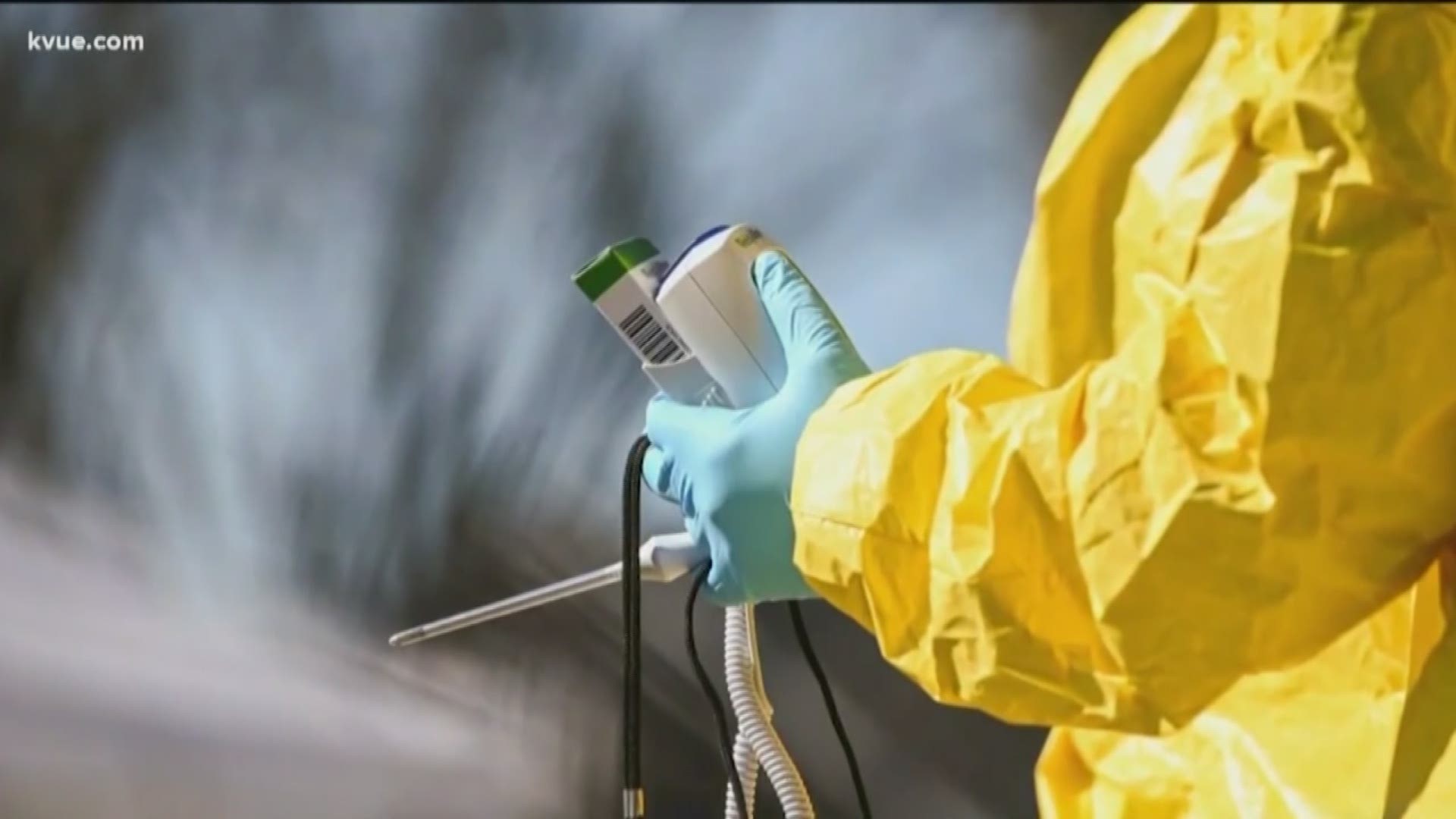 AUSTIN, Texas — Over the past month and a half, Gov. Greg Abbott has taken a COVID-19 test three times.

The first was about a month or so ago, the second before meeting with President Donald Trump, and he took the third this past weekend after White House staff members tested positive for coronavirus.

According to a governor's office spokesperson, Abbott took the tests "out of an abundance of caution." Within his staff, people practice social distancing, some wear masks when appropriate, others work from home, everyone has their temperature checked before meeting with the governor. However, there are no daily tests for staffers unless they exhibit symptoms.

On KVUE Daybreak, Austin Mayor Steve Adler said he still has not been tested for the virus because he has not shown any symptoms.

"I have not been tested," Adler said. "Councilmembers are under the same regime that everybody in the public is. At the very first sign of a symptom, I'm going to sign up for the free test, as should everybody in this city."

Other city leaders across Central Texas are doing the same.

According to Mayor Crista Bromley in Burnet, she and the city council have not been tested either. Within the next few weeks, the city will be conducting antibody tests for first responders to determine whether or not they were asymptomatic. If tests come back positive, then it may be extended to other city staff.

"That decision hasn't been made yet," Bromley said. "I would certainly assume anyone who had constant contact with other people, particularly the public, or anyone who reported any kind of symptoms or being in proximity to someone else."

RELATED: VERIFY: Antibody tests versus COVID-19 tests. The pros and cons of both.

Bromley continued saying there had been no reports of anyone employed by the city contracting the virus.

In Georgetown, first responders will be taking similar antibody tests sometime in the next week. These tests will determine whether or not they came into contact with the virus sometime while on the job, but were also asymptomatic.

"Some of the practices internally that they've done is the social distancing, telecommuting, screenings for flu-like illnesses such as temperature checks and different questionnaires for folks throughout the city - elected positions as well as for those serving in various capacities," Georgetown Fire Chief John Sullivan said.

According to the Mayor of Bastrop, Connie Schroeder, she and her city council have not been tested either because of a lack of symptoms. In her city, many of the government buildings are closed to the public and city staff are only available by appointment. Others are working from home. Whenever anyone enters a government building, they get their temperature checked.

Out in Lockhart, Mayor Lew White said people are only getting tested if they have symptoms because it's a personal choice, but he wants to see more people wearing masks.

"I think everybody is getting a bit too comfortable in Lockhart when they're going out to the stores," White said. "I would like to see more masks being worn, but again, that's a personal decision."

White has not been tested for the same reason - he's shown no symptoms. However, the city has shuttered City Hall for the time being. At his own dental practice, he's even limited the waiting room to one person for a short time.

Austin police officer under investigation for allegation of 'sexual misconduct'