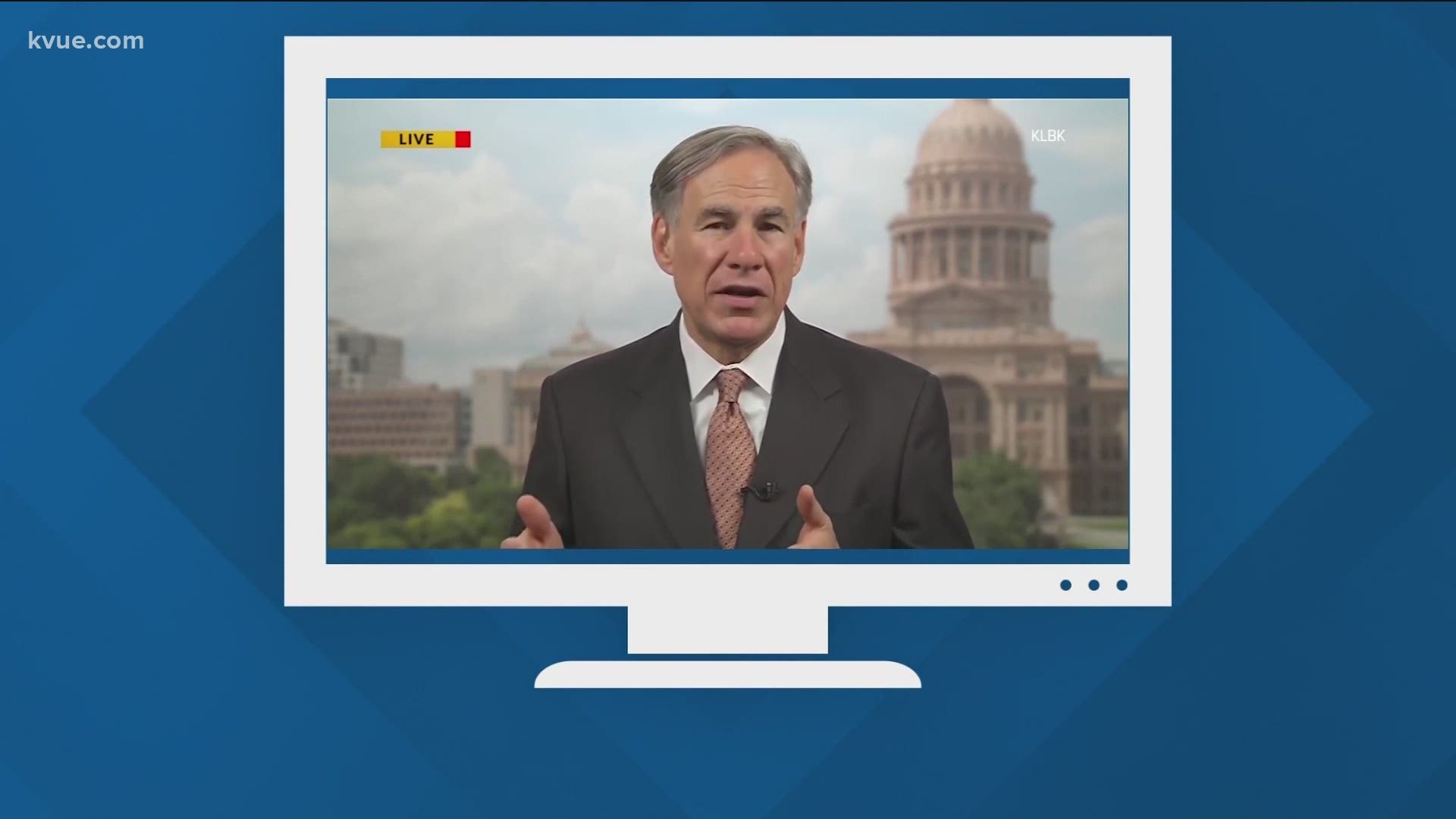 AUSTIN, Texas — On the third day in a row of record-breaking new coronavirus cases in Texas, Gov. Greg Abbott announced two major changes to the way the state progresses in reopening.

“The last thing we want to do as a state is go backwards and close down businesses. This temporary pause will help our state corral the spread until we can safely enter the next phase of opening our state for business,” Gov. Abbott said in a written statement.

Reopened businesses won’t close back down, but restaurant dining rooms will stay at 75% capacity and bars and gyms will remain at 50%.

“We simply cannot accept this dramatic increase in COVID-19 patients, because pretty soon it could begin to overwhelm our hospital capacity. We cannot allow that to happen,” Abbott said in a live interview with Lubbock CBS affiliate KLBK.

On Thursday, Texas reported 5,996 new COVID-19 cases. In New York City, one of the nation’s coronavirus hot spots, the highest number of cases was 6,337 reported on April 6, although the population of Texas is much larger.

Some of the governor’s critics said the changes don’t go far enough.

“Just pausing reopening things does not help us control the spread,” said State Rep. Erin Zwiener (D-45). “Him telling us that he's pausing something that was never announced isn't taking action; it's continuing to accept the status quo, and the status quo is more and more Texans getting sick.”

The Texas Nurses Association (TNA) said in a statement the decision to cancel elective procedures was necessary, but the organization is worried about the financial ramifications.

“The cancellation of elective surgeries will have a major financial impact on health care organizations, which are still trying to recover from the shutdown in March. We remain concerned about the downstream impact this may have on nurses, including furloughs and layoffs,” the TNA statement said in part.

Rep. Zwiener said she would like to see a statewide mask mandate, or at least allowing local jurisdictions to impose individual penalties. She also suggests the governor looks at closing some venues back down.

“We need to have a hard look about which businesses really need to be open. The Texas Capitol is closed but we have reopened amusement parks and bars, places that are very difficult to control spread. That doesn't make any sense to me,” Rep. Zwiener said.

Gov. Abbott said in his interview with KLBK there are mask mandates affecting about 60% of Texans across the state, but he didn’t indicate he plans to issue a statewide mask order as other states have rushed to do this week. He continued to encourage people to wear one.

“If you're going to be leaving your home, going into public, the best strategy you have to make sure you do not get COVID-19 and do not spread it is to wear a face mask,” the governor said.

Disney rebranding Splash Mountain ride to 'Princess and the Frog'