'Monday, she started coughing, Tuesday, she went to the ER. Wednesday, she was on a ventilator. It was really fast.' 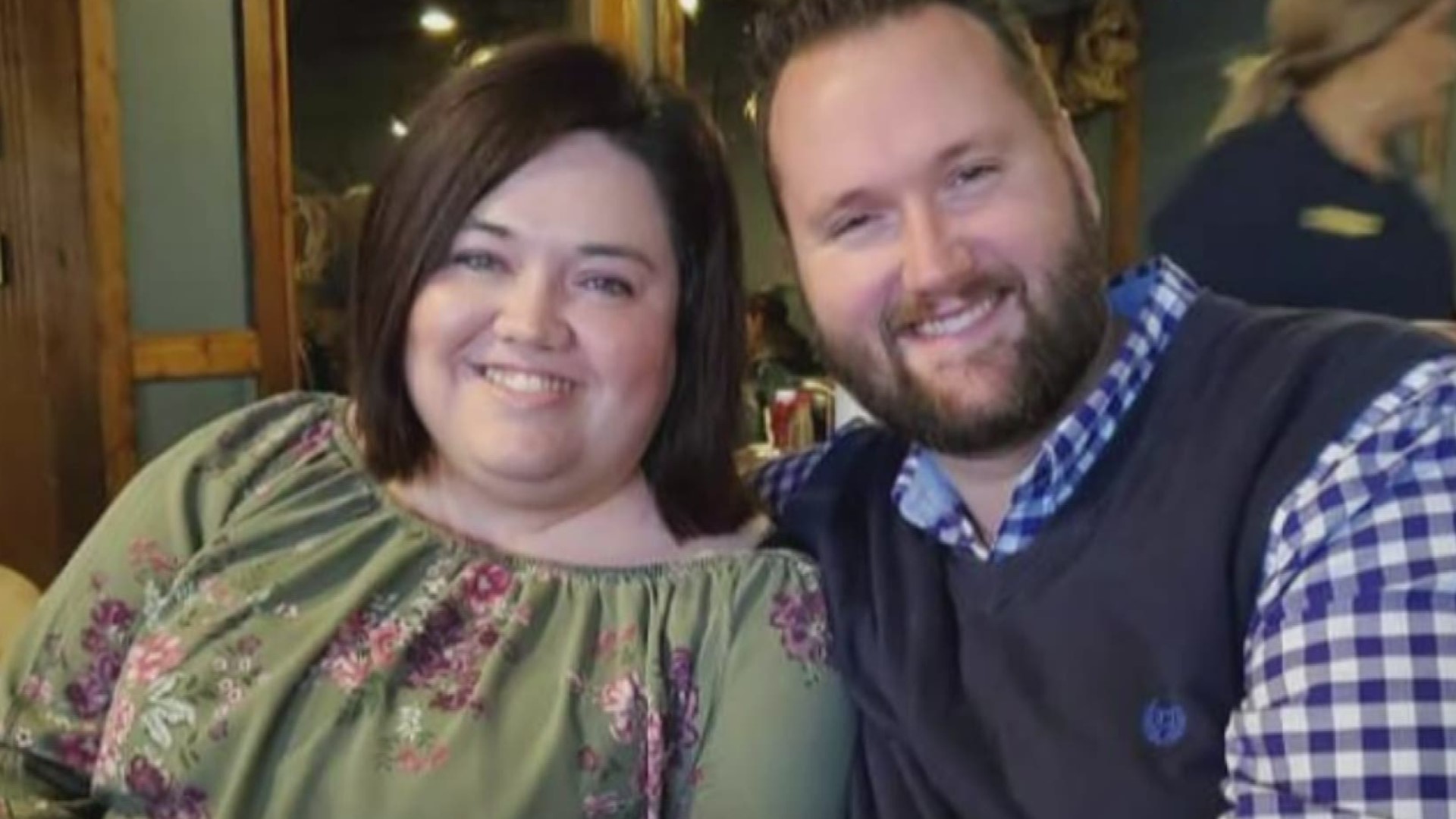 ROME, Ga. — On a Saturday afternoon, March 14, Kyle Abernathy held hands with his wife April. They’ve done it plenty of times in their life together, but this occasion was different. They were in a hospital after both were diagnosed with COVID-19.

April’s sister, Amanda Hebert, explained the two attended a church service at The Church at Liberty Square in Cartersville at the beginning of March. Hebert says Kyle was the first to start feeling extremely sick.

At first, he was diagnosed with the flu. But, went back to the ER a week later when his symptoms didn’t get better. This time, he tested negative for the flu. Around the same time, his wife started running a fever.

“Monday, she started coughing, Tuesday she went to the ER. Wednesday, she was on a ventilator. It was really fast,” said Hebert. “She just deteriorated really quickly, to the point she needed a ventilator by Wednesday afternoon.”

April is now at Emory University Hospital. Hebert said she’s isolated, sedated and still on a ventilator. She’s in critical but stable condition.

The trip from a Rome hospital to Emory was terrifying for the family.

“(Doctors) told us is was possible she not make it on the trip to Emory. It was very scary, very scary,” Hebert explained. “We didn’t know if we were gonna lose her or not.”

April made it to the hospital but developed an infection and needed her oxygen levels boosted to 100 percent. Two days later, Hebert said, doctors tell her April’s vital are better and her oxygen was turned down.

It’s unclear where the two were exposed, but Hebert said, the two may have been exposed at the church service.

Senior Pastor Jacob T. King said the church was by the Georgia Department of Public Health of additional positive patients that attended their church over the last two weeks.

“I was even making jokes about it, thinking everyone was overreacting, but it really hit home when we found out they tested positive for this.”

The scariest parts for Hebert, are not being with her sister during a difficult time combined with the idea that she didn’t expect her sister to have complications.

The couple’s children are also quarantined and with other family membrs. The two are not showing symptoms and are “doing fine,” according to Hebert.

Kyle, principal of Cave Spring Elementary School, was discharged on Monday afternoon and returned home to quarantine. April, remains in the hospital, but her sister is hopeful she’ll join her husband soon enough.

“I’ve been thinking about the conversations we’re gonna have when she wakes up. It’s gonna be a lot of fun.”

A GoFundMe account has been set up to help the family with ongoing medical expenses.

At 11Alive, we’re focusing our news coverage on the facts and not the fear around the virus. To see our full coverage, visit our coronavirus section, here: www.11Alive.com/Coronavirus.

Law enforcement agencies change how to respond amid coronavirus outbreak