At least 15 patients from the South Austin facility have died. 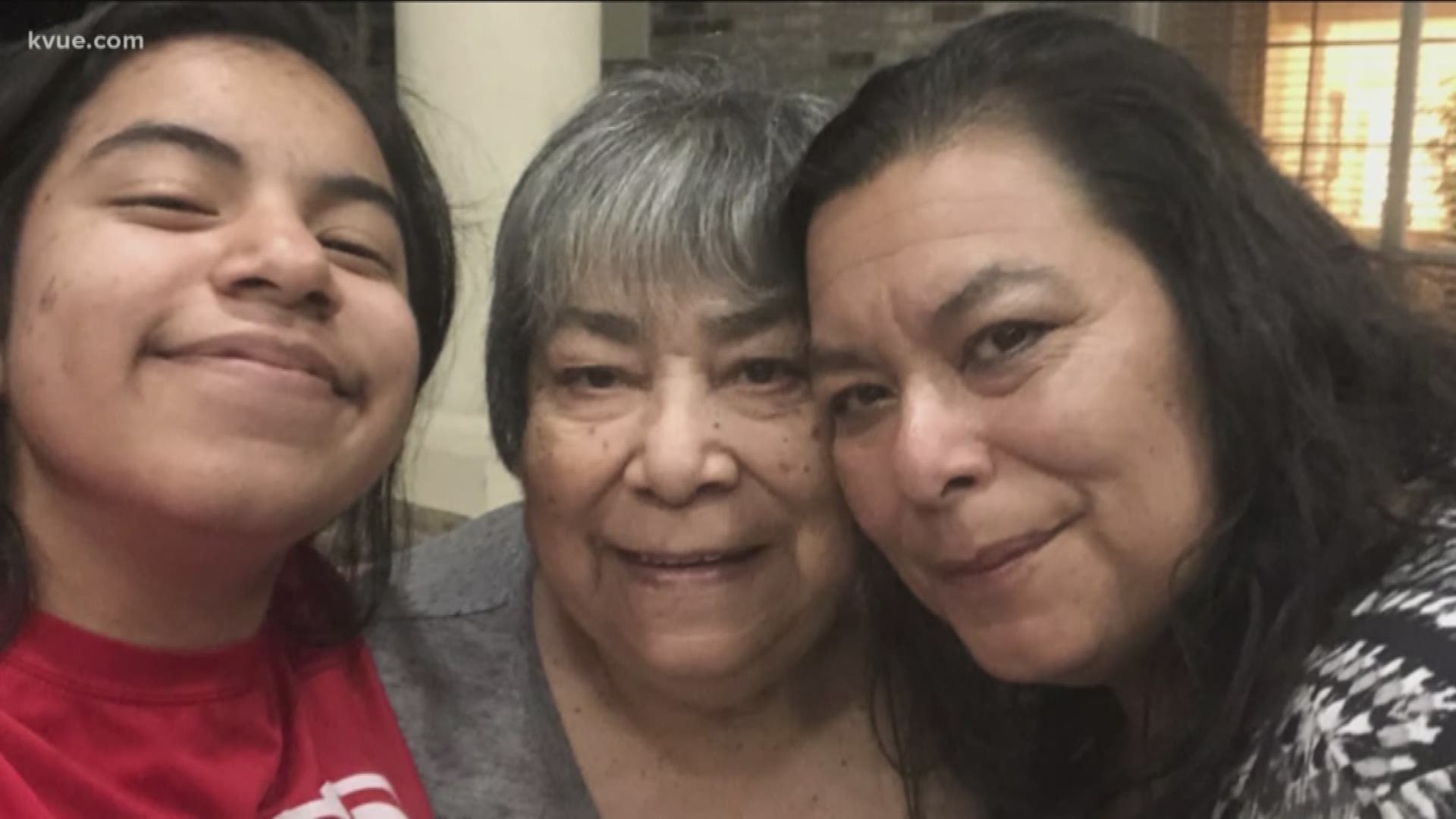 AUSTIN, Texas — Maria Ortega still plays her mother's voicemails, trying to console herself from a devastating loss three weeks ago.

She looks at pictures of her mother, Rachel Luna, and other family members from happier times at West Oaks Nursing and Rehabilitation Center – months and years before a coronavirus outbreak that has killed more than 15 residents.

“I’m her only daughter, so me and her were really close," Ortega said. “We talked every day. Every day. I miss our morning talks.”

Luna, who was 74 and suffered from dementia, was one of the earliest victims of the COVID-19 outbreak at the South Austin facility, where she has lived for the past four years.

Her death is part of an escalating death toll at West Oaks, which operators have said they are trying to combat through a number of efforts.

In the past six weeks, at least 15 residents of the 125-bed facility have died of the virus among 73 who have become infected and tested positive, according to city and county health officials. Officials said 23 West Oaks staff members also have become infected, including Maurice Dotson, a 51-year-old certified nursing assistant who died in April. He worked at the facility for 25 years, his family said.

According to West Oaks' parent company, Regency Healthcare, officials have taken steps to stop the COVID-19 spread, including daily temperature checks for patients and staff and new rules for how workers should handle protective equipment.

Company CEO Larry Deering said in an April 28 open letter to families, “We are also in constant communication with all our facility administrators ensuring new protocols are understood and enforced and that every staff member is well equipped.”

Diana George, who suffers from multiple sclerosis and has had both legs amputated, has lived in the facility for four years. She celebrated her 50th birthday at West Oaks on Feb. 22.

Her father, John George, got a phone call a couple of weeks later that two patients had been infected with COVID-19, and that his daughter had to be moved to a safer room on a different wing.

Several more days passed before a staff member called to tell him Diana was on her way to the hospital, suspected of having the virus.

A test soon confirmed she had COVID-19.

“Her immune system is compromised to start with," John George said. "And you think, it’s got to be a death sentence.”

But for Diana, it wasn’t.

She has spent the past three weeks in the hospital. Her father said doctors report that she keeps getting better every day and will soon be cleared for discharge.

Still, he worries about a relapse.

“Until she is out and can be released from the hospital, and we know she’s doing good, we have no idea,” he said.

Luna’s family is mending their broken hearts three weeks after her death.

And Ortega said she still can’t believe that a global pandemic that has killed tens of thousands across the world – hit home in such a devastating way.