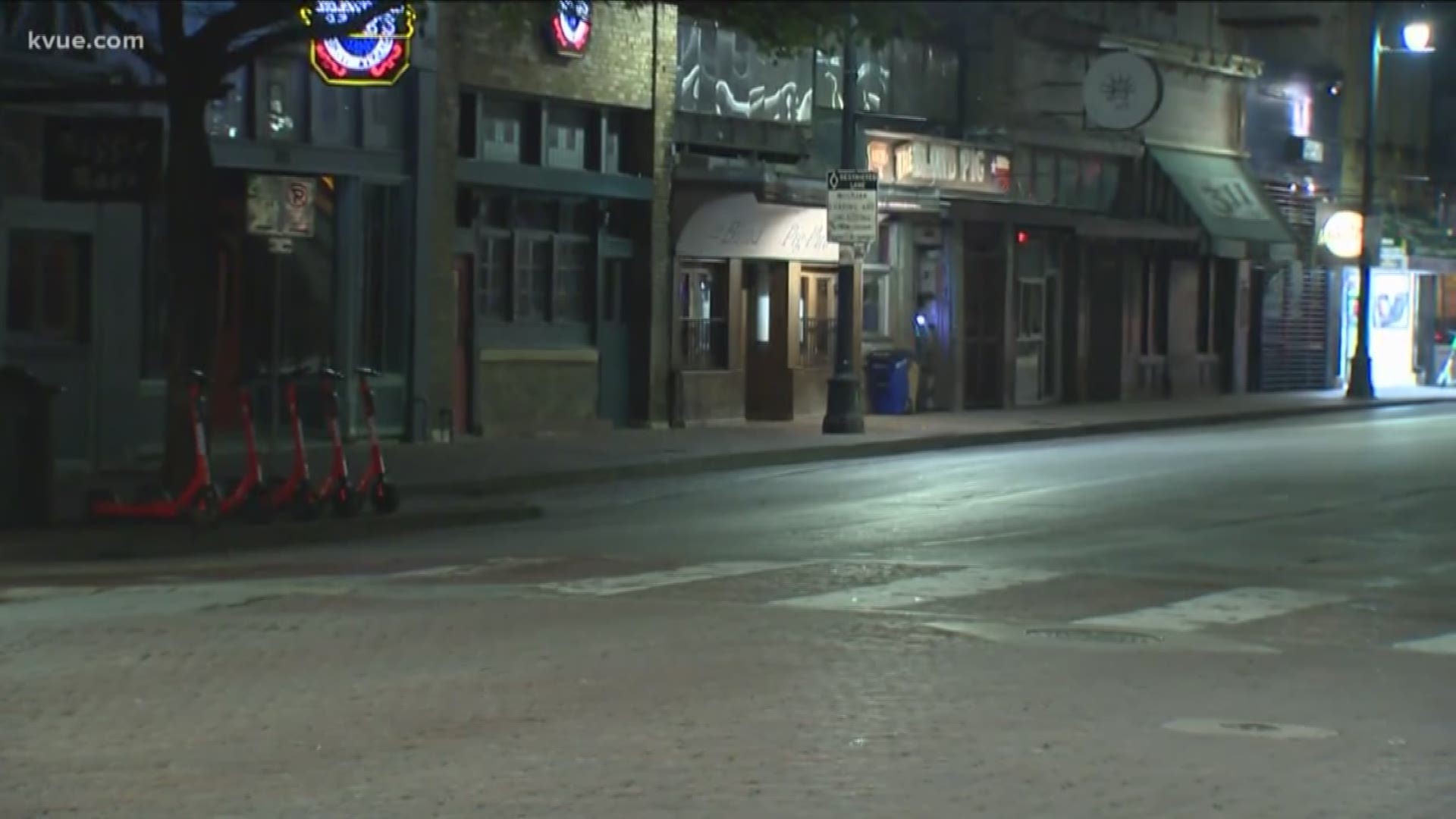 AUSTIN, Texas — It was a historic announcement. On Tuesday, Austin Mayor Steve Adler said all Austin bars and restaurant dining rooms must close for at least six weeks in order to prevent the spread of coronavirus (COVID-19).

The City of Austin is also limiting gatherings to 10 people.

These closures are in effect until May 1, unless City leaders decide to change the order. Restaurants have to close common areas and are encouraged to provide take-out, delivery or drive-thru options. Bars are ordered to close common bar spaces open to the public and are prohibited from allowing consumption on their premises.

"Forbearance and the spirit of cooperation. Now could be the real difference between survival and failure. So, landlords and lenders and noteholders, I would ask that you extend grace to the fullest extent that you are able to do that," Adler said.

KVUE visited South Congress Avenue and Sixth Street on Tuesday following the announcement. Both streets are typically hot spots throughout the day – but instead, there were few visitors walking around, as stores, restaurants and bars were closed with signs on the front doors.

By nightfall, Sixth Street was a ghost town with the bars locked up, lights turned off and streets nearly empty.

Some businesses said they're trying to plan out how to handle the closures.

Her restaurant has been around for 18 years. On Tuesday, some of the tables were still set for customers, but the big restaurant, able to hold 300 seats, was empty.

"Our patio is usually full," Cheng said. "This is going to hurt the business very, very bad."

While she is optimistic, she's still worried about her employees.

"I wonder … how can I help them, you know," Cheng said. "Everybody's going through this hard time"

Down on Sixth Street, Bob Woody, a well-known bar owner and the president of the East Sixth Street Community Association, said the announcement was a surprise.

"This is from left field. It is, it is truly disheartening for this to have taken place," Woody said. "This is St. Patrick's Day and we have no one in here."

He also said he's worried about employees in the industry and wanted more communication from the City.

"I've got to get these businesses reopened as quickly as possible so that these employees can continue to have a living," Woody said. "I would have enjoyed any communication ... No one wants to see anyone get hurt, but if this doesn't change quickly, economically, these people are destroyed."

KVUE put together a list of ways you can help Austin business affected by the City's order.