The number of people who have been tested represents just 2.4% of Texas' population. But local test rates in the most populous Central Texas counties are much lower. 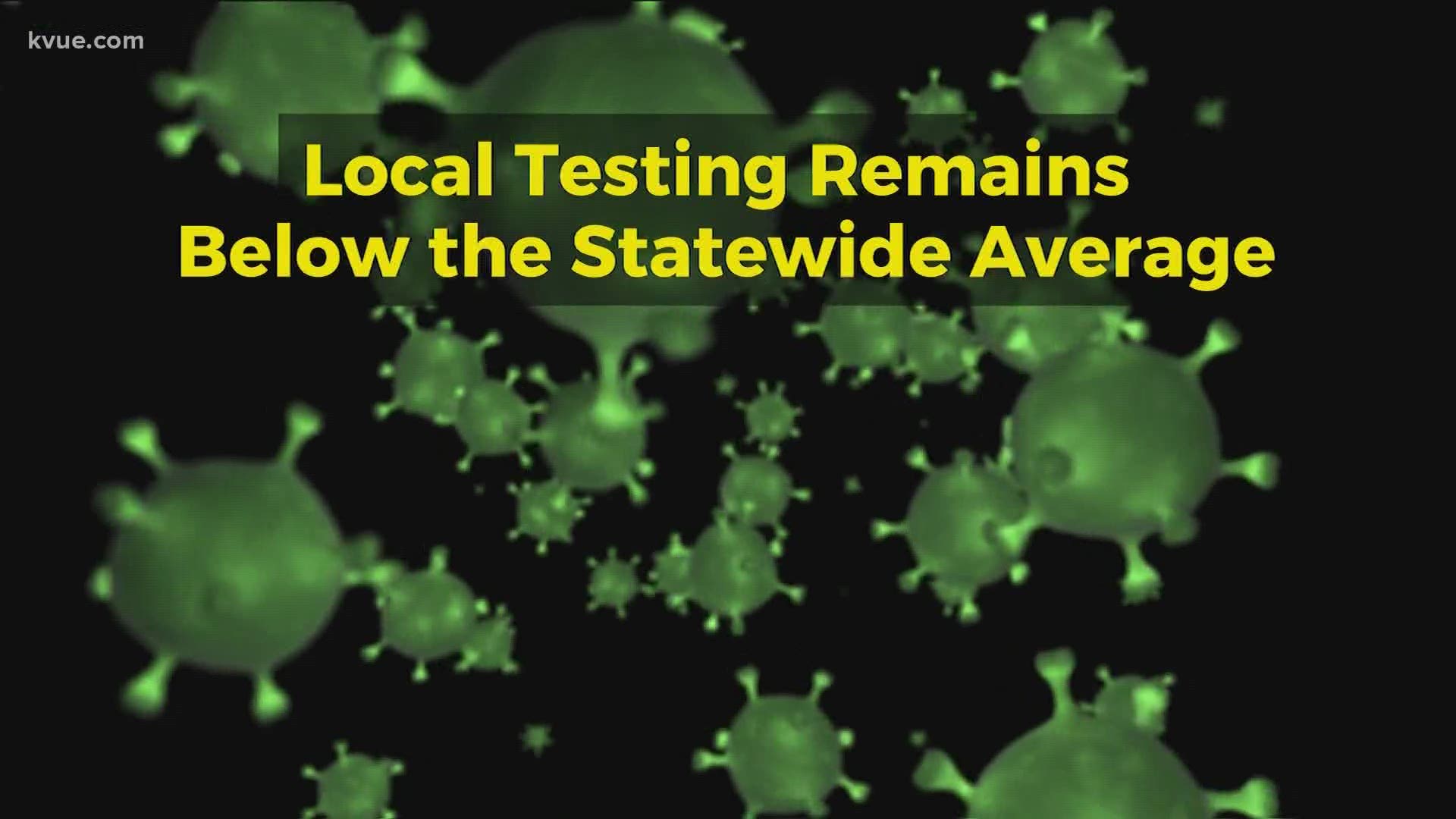 AUSTIN, Texas — While the number of new tests for COVID-19 has increased across the 12-county KVUE viewing area, test numbers remain below the statewide average.

According to data from the Texas Department of State Health Services, the number of people who have been tested represents just 2.4% of the state’s population. But local test rates in the most populous Central Texas counties are much lower.

There’s currently 0.29% percent test rate in Bastrop County, 1.1% rate in Williamson County and a 1.3% test rate in both Travis and Hays counties. Only testing rates in sparsely-populated Mason and Blanco counties are above the state rate of testing, at 5.5% and 4.9% respectively.

Meanwhile, new cases in the region continue to rise. Looking at data from May 11 to May 18 – a seven-day period – Burnet County saw the greatest percentage of increase in the number of cases with nearly 87%, from 15 cases a week to 28 cases as of Monday.

Caldwell County cases went up 33% from 27 to 36; Williamson County cases rose 31% from 368 a week ago to 481 Monday; and Travis County saw cases rise just over 17%, with 2,459 cases as of Monday evening. Hays County cases went up almost 8% in the same seven-day period, and there was a 16% increase in cases in Fayette County. Other area counties either increased slightly or remained the same.

Williamson County experienced a 46% increase in fatalities caused by the virus since May 11, from 13 to 19 deaths. Deaths in Travis County increased by 28%, from 60 to 77.

WATCH: The importance of testing as Texas continues to reopen