Capt. Brett Crozier was fired after pleading for more urgent Navy action to protect his USS Theodore Roosevelt crew from the virus. 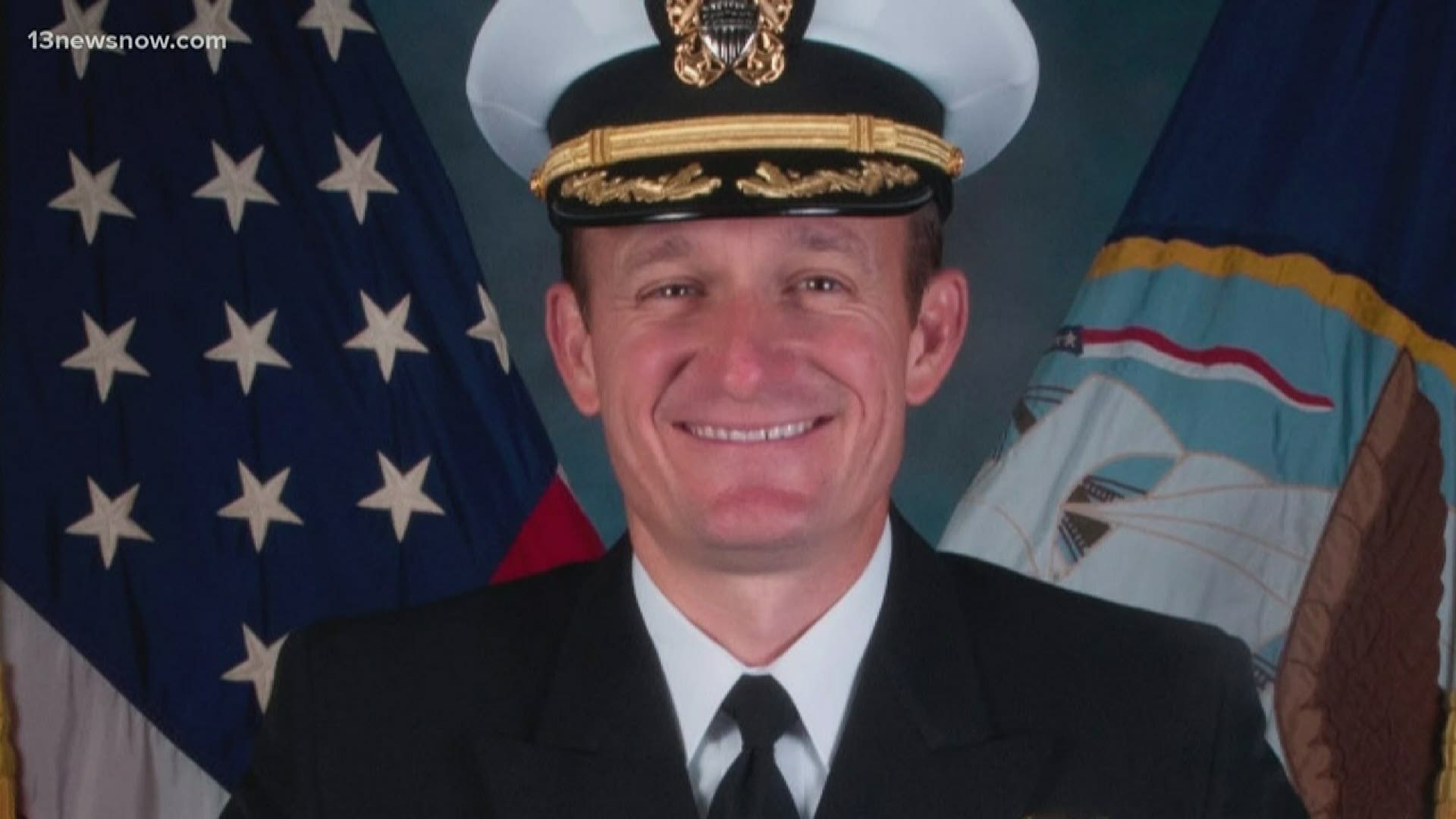 WASHINGTON — The Navy will conduct a wider investigation of circumstances surrounding the spread of the coronavirus aboard the aircraft carrier USS Theodore Roosevelt, a move that effectively delays a decision on whether to reinstate the ship's captain, who was fired after pleading for more urgent protection of his crew.

The investigation was announced Wednesday by James E. McPherson, the acting Navy secretary, who said in a brief written statement that an initial inquiry was insufficient. “I have unanswered questions that the preliminary inquiry has identified and that can only be answered by a deeper review," he said.

The broader probe is to examine communication and leadership actions in the Navy chain of command in the Pacific, to include events before the initial virus outbreak in late March, officials said.

The decision comes several days after McPherson and Adm. Mike Gilday, the chief of naval operations, met with Defense Secretary Mark Esper and Gen. Mark Milley, chairman of the Joint Chiefs of Staff, to discuss the Navy's recommendation that Capt. Brett Crozier be restored to command of the ship.

“I am directing Adm. Gilday to conduct a follow-on command investigation,” McPherson said. “This investigation will build on the good work of the initial inquiry to provide a more fulsome understanding of the sequence of events, actions, and decisions of the chain of command surrounding the COVID-19 outbreak aboard USS Theodore Roosevelt.”

RELATED: Reports suggest many may have had coronavirus with no symptoms

The wider investigation is intended to last no longer than 30 days, according to one defense official who discussed the matter on condition of anonymity to provide details before McPherson issued his statement.

The new review by Gilday probably will examine how the outbreak began and how it was handled, and address Crozier's concerns that his leadership was not acting fact enough to protect the crew from the spreading virus. Those leaders would include Rear Adm. Stuart Baker, commander of the carrier strike group, who was aboard the Roosevelt with Crozier; the 7th Fleet commander, Vice Adm. William R. Merz; the Pacific Fleet commander, Adm. John C. Aquilino; and the most senior admiral in the Pacific, Adm. Phil Davidson, head of Indo-Pacific Command.

More than 900 sailors from the Roosevelt have contracted the coronavirus; one has died. The outbreak is the most severe in the U.S. military, which is seeking to balance a need to protect troops while also maintaining U.S. defenses. In recent days a second ship, the USS Kidd, reported a coronavirus outbreak at sea. It pulled into port at San Diego on Tuesday with at least 64 sailors infected.

After weeks in quarantine or isolation on the island of Guam, hundreds of members of the Roosevelt crew are beginning to move back onto the ship in a transition that will take several days. According to the Navy’s 7th Fleet, the more than 4,000 sailors who have tested negative will return to the ship in waves. The roughly 700 sailors who have been running the ship while it has been in port will move ashore and into quarantine.

In the weeks since the ship arrived in Guam in late March, sailors have been systematically cleaning areas and then closing them off.

“The stay-behind crew successfully built a ‘bubble’ around the ship, that can now be turned over to the clean crew,” Cmdr. Zach Harry, chief engineer aboard the Roosevelt, said in a statement. “The crew will now create a boundary to keep the coronavirus out.”

The Roosevelt's crisis has captured the attention of the nation and posed tough challenges for a Navy roiled by the controversy. The decision to relieved Crozier of command on April 2 was made by Thomas Modly, who was the acting Navy secretary. Shortly afterward he flew aboard the carrier and delivered a profanity-laced speech criticizing both the crew and Crozier. Within days, Modly resigned.

The Navy inquiry on which it based its recommendation to restore Crozier to command was headed by the vice chief of naval operations, Adm. Robert Burke, and has not been made public. Esper had been expected to decide whether to endorse the recommendation and the report after he met last Friday with Gilday and McPherson.

President Donald Trump, who previously has intervened in Navy matters, has made no public comments on the Roosevelt issue since Gilday’s recommendation to reinstate Crozier became know last week.