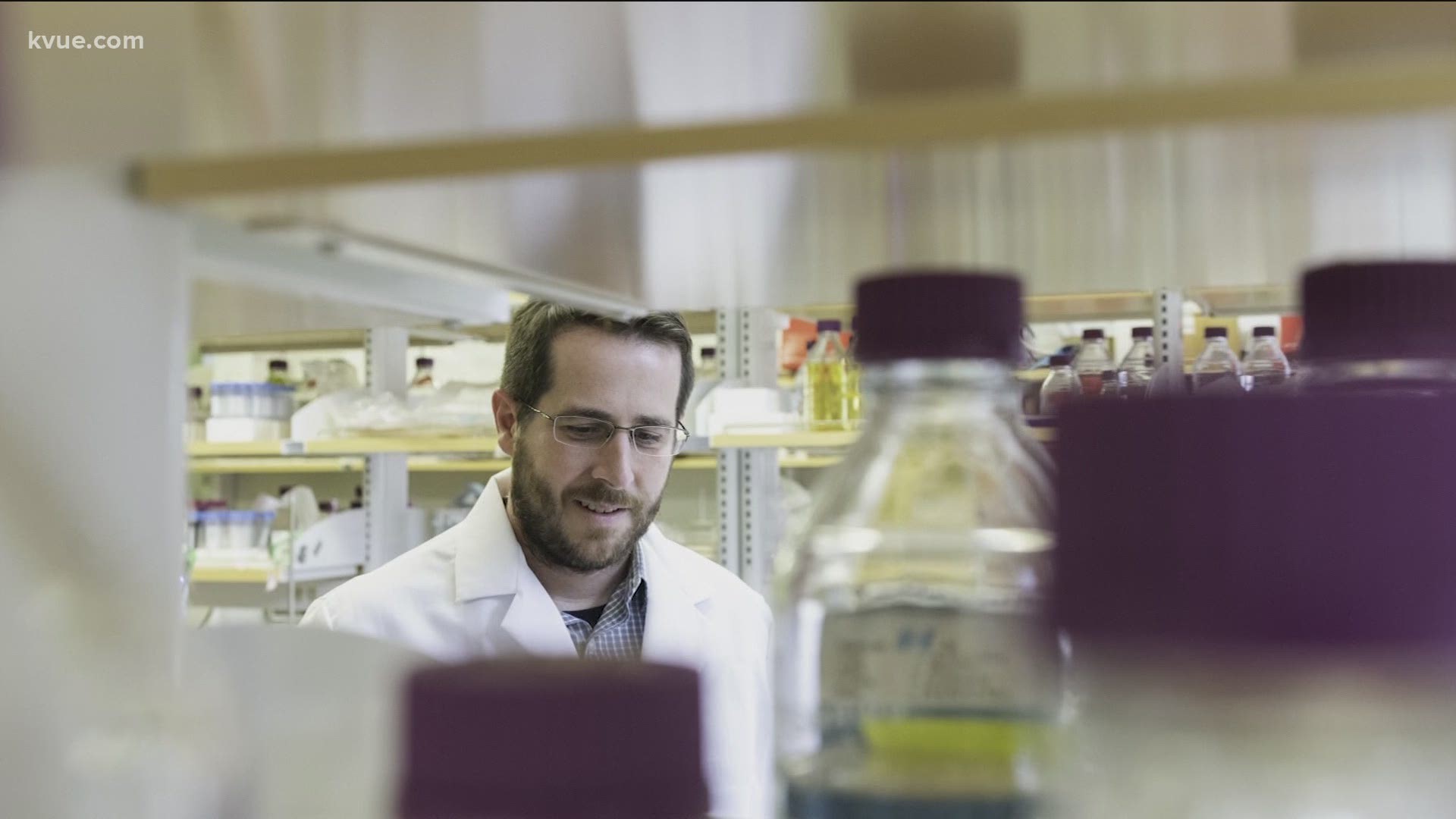 AUSTIN, Texas — Researchers in Austin are working to find a COVID-19 vaccine.

Dan Leahy, a professor and chairman in the Department of Molecular Biosciences at UT Austin, said the developer of the first vaccine to go into clinical trials works at the university.

The research isn't only happening in Austin though. Leahy said it's a global effort.

Historically, Leahy said it has taken researchers years to develop a vaccine.

"So, the fastest vaccine on record is the mumps vaccine, and it took four years and usually takes five to 10 years," he said. "But looking at some of the things, if they work and they prove safe, which are big ifs, we could be seeing things this fall."

RELATED: Here's how vaccines are made

Leahy explained if a vaccine is developed and proven safe and effective by fall 2020, the first round would not be a big batch for everyone. It would be for the frontline medical workers. He said, as far as widespread-use, that's more likely to be seen in winter 2021.

"There's a lot of ifs," Leahy said. "But one of the good things is that the preliminary signs are looking good."

He said if and when a vaccine is developed, it will be a shot in the arm.

"Because this is such a new virus to the human population ... people think it will require booster shots, so you'll get one shot on day zero and then maybe another shot in four weeks," Leahy said.

"Which is quite amazing since we only have the genetic sequence of this virus in the middle of January," he said.

He also said money is being invested into making sure, if a vaccine is found, it can be developed and produced quickly.

"The government is investing a lot of the money, billions of dollars in stockpiling the top four or five promising vaccines in advance. Even before we know, so that if they prove effective, they will be off to a running start," he said. "So we won't have to wait for two or three months to at least have the preliminary stockpile. That's one thing that's happening that can make things quickly."

It all relies on the outcomes of the three stages of clinical trials though.