If Congress doesn't pass a COVID-19 relief bill soon, experts say that could be bad news for unemployed renters. 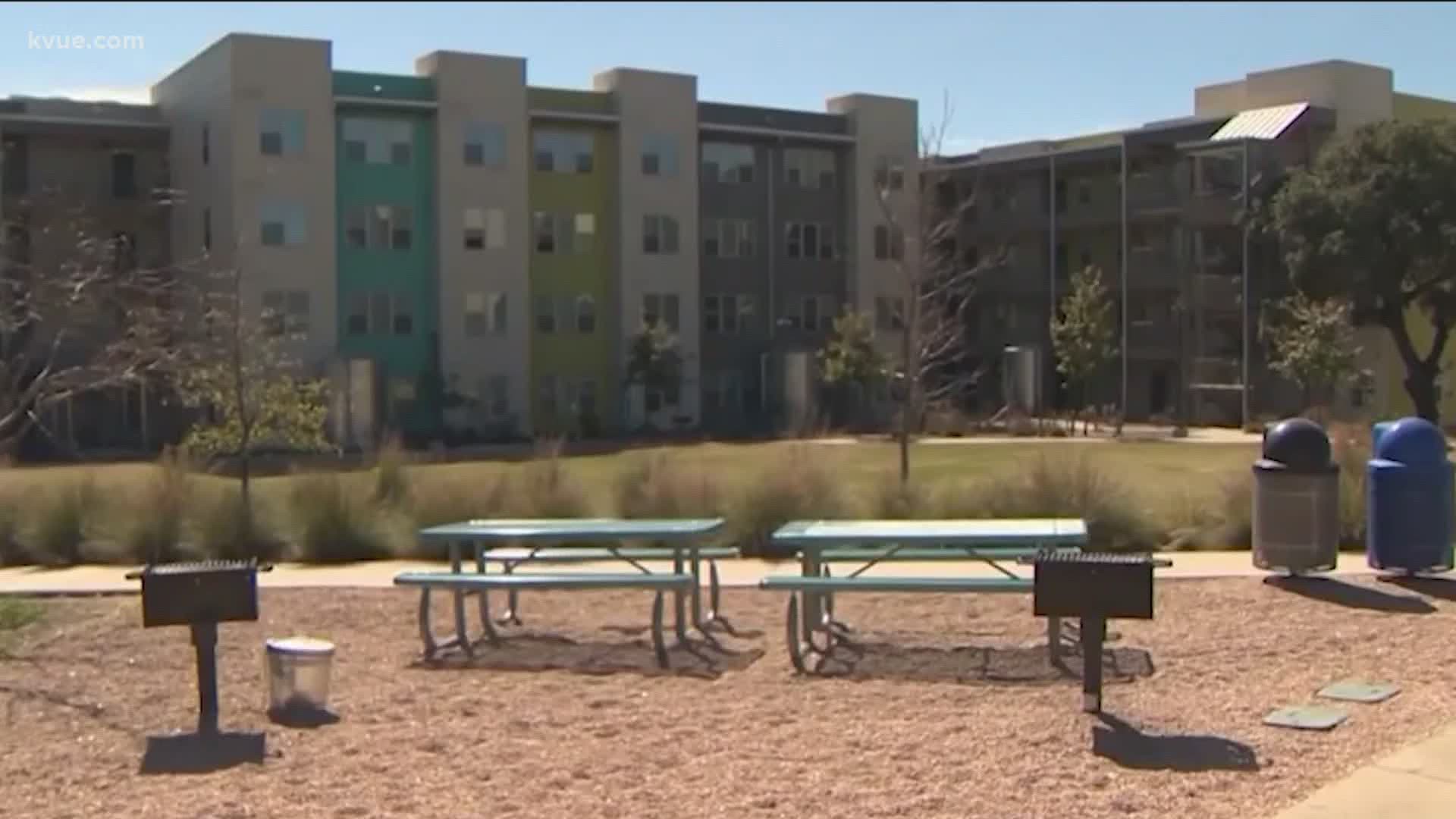 AUSTIN, Texas — As renters across the country wait to hear if a second stimulus package is imminent, some of those renters will need the boost to make rent next month or pay off previous unpaid rent.

Congress has until Aug. 7 to pass a second stimulus package, and if nothing is agreed on by the time the Senate goes on its recess in August, then September would be the next time some sort of coronavirus relief bill could be passed.

Some say this could be bad news for renters that are unemployed because of COVID-19.

"We certainly were surprised at first, but it became very clear to us that the economic support provided by Congress through the CARES Act, the expanded unemployment benefits, the recovery rebates, stimulus checks, you know, the PPP loans that supported a lot of our businesses really did work," said Kevin Donnelly, the vice president of government affairs for the National Multifamily Housing Council.

While federal and local aid has been used to keep renters who may have lost their job due to the COVID-19 pandemic housed, some are worried that if aid is not extended, it could lead to a wave of evictions.

What the numbers show

For months, the National Multifamily Housing Council's rent payment tracker has collected data from more than 11 million units of professionally managed apartment units across the country.

The numbers are not too alarming at first glance.

By July 13, the data shows 87.6% of apartment households made a full or partial rent payment. While that's around 2% less than the month before, the numbers have consistently stayed more than 80%.

But the slight decrease in July, mixed with the upcoming end date for federal aid, is causing some concern.

"Really just tells us that there is underlying economic stress out there for our nation’s renters and it’s again the importance of that continued, sustained government assistance throughout the length of this pandemic," Donnelly said. "We are deeply concerned about the impact for renters if there is no longer federal aid out there for them. So, whether it’s unemployment benefits, whether it’s the expansion into a rental assistance program, economic stimulus payments, Congress has its hands full and really needs to make sure that renters and their families are protected as long as this pandemic is hitting the economy so hard."

Credit: National Multifamily Housing Council
A chart showing the amount of rent payments made by the 6th and 13th of each month.

Donnelly added that he believes financial assistance for renters specifically would help.

"We think that there needs to be a separate rental assistance program to benefit populations who have never really needed housing assistance previously, but this pandemic has shown that affordability and housing was a challenge pre-pandemic and it’s certainly being exacerbated right now," Donnelly said.

How renters are impacted

Building and Strengthening Tenant Action (BASTA) in Austin is a nonprofit organization that advocates for local renters. Project Director Shoshana Krieger warns that if financial assistance is not part of the plan for protecting renters during the pandemic, there could be a wave of eviction cases.

"We’ve been seeing a lot of people who are really scared, who are really hustling to make ends meet," Krieger said. "We have seen folks who know that the tenant protections which are currently in place are the only things standing between them and homelessness, which is a testament to how these protections are so important to keeping Austin tenants housed."

Krieger added that aid for renters should continue.

"Financial assistance is crucial to being able to ensure housing stability because what the current kind of protections in place do is they buy tenants more time," Krieger said. "So, when the rent protections are up – and right now they’re set to be up later this week – there is not a set monetary assistance attached to that, that means we might be seeing a wave of evictions."

Renters have been given some help from local governments over the last few months.

On June 11, Travis County Commissioners extended the suspension preventing eviction notices until July 25.  A spokesperson for Travis County told KVUE on Monday that Travis County Judge Sam Biscoe is working with the County Attorney’s Office to draft an extension to that order.

The City of Austin has a web page for housing resources here.

How landlords are impacted

As renters have received help to keep a roof over their heads, that's caused a headache for some landlords throughout Austin.

"I think smaller landlords, it’s been challenging just because typically they have, obviously, less properties so they’re in a kind of higher risk situation where, potentially, you know, if they have two properties and one of their residents is not paying, they’re at a 50% lost revenue for their rental housing business," said Emily Blair, the executive vice president for the Austin Apartments Association.

The association represents big and small landlords totaling around 1,100 properties in the Austin area.

"Small owners in our area are families, couples, individuals, retirees, all of those people who rely on the rent to help cover their own expenses so, you know, we’ve seen some small rental housing providers who are having to cover not only their own households but their residents' households in some cases," Blair said.

For the most part, Blair said renters have worked well with their landlords, but there are cases where it has not worked out so well.

"We’ve heard in some instances, too, where people were in the process maybe with someone who right before the pandemic struck, they were maybe at the tail end of an eviction proceeding and now that same resident has been living in this unit for four months, five to six months if you include previous unpaid rent for free. And there’s really no recourse for rental housing providers," Blair said.

She added that, overall, the association's hope is to continue to be able to meet the needs for housing in the community and she's eager to hear the federal decisions surrounding financial assistance for unemployed residents.