While doctors say it's too early to fully understand what the long-term impacts are, there are a few complications that could arise, both mild and severe. 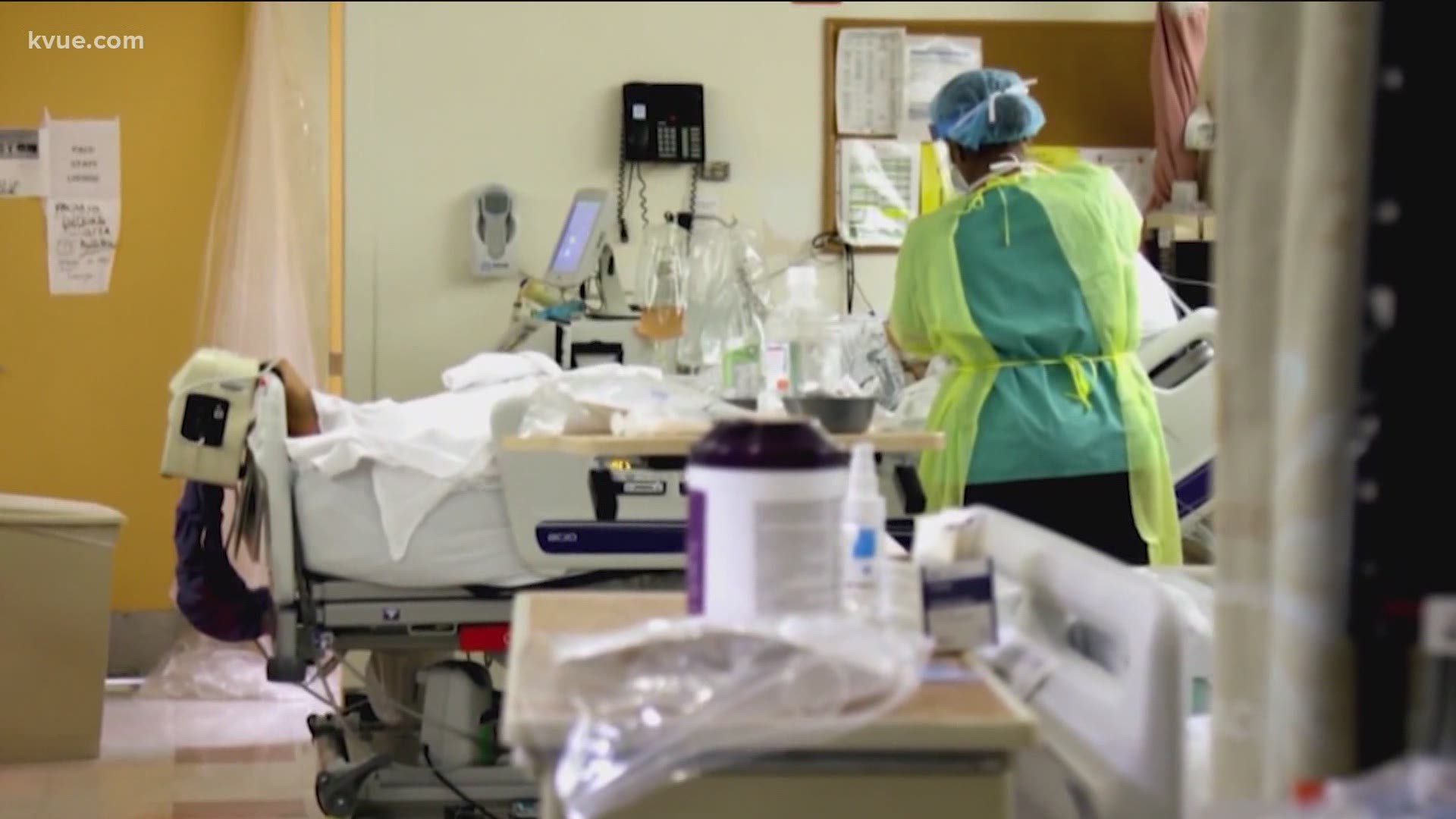 AUSTIN, Texas — When someone is hospitalized for COVID-19, they may not need to be put on a ventilator. But doctors say even having to be hospitalized for the virus could potentially leave lasting health complications for a patient – even after they're discharged.

Doctors say it's too early to fully understand what the exact common or rare long-term impacts of COVID-19 are, but some complications could arise.

"If a patient goes into the ICU and they have a prolonged ICU stay, which is not that uncommon with patients who are being hospitalized for this virus, there are a lot of consequences just by being admitted to the ICU," Dr. Natasha Kathuria said.

Dr. Kathuria is an emergency medicine physician who works in multiple emergency rooms in Austin.

"There's an entire syndrome called post-intensive care syndrome that can affect your cognitive ability, your mental health and your physical ability after your discharge from the hospital," Dr. Kathuria said.

She said that patients who return to normal pulmonary function, even after they're discharged, could have difficulty breathing for months after. She said even patients who are younger could experience issues.

"We are seeing quite a few of them have prolonged chronic shortness of breath, prolonged wheezing, some of them needing to use inhalers that they've never had to use before. So those complications, we don't know how long they will last," Dr. Kathuria said.

Some of the rare complications include things like blood clots or strokes.

"As you can imagine, under chronic sedation and being paralyzed just to keep you alive and oxygenated adequately, those – you can have long-term consequences of that. There are tiny microscopic strokes that we are seeing in some of these patients where there's increased clotting from the virus itself," Dr. Kathuria said. "And so, we're trying to mitigate that risk by putting some of these patients on blood thinners. But long-term, these patients can have some cognitive impacts before they fully recover, even for a long time after their discharge. And they're needing significant rehabilitation."

RELATED: 'I am healthy. And now, I can barely even breathe': SA mother shares long-term effects of coronavirus

Dr. Kathuria added that other rare complications, usually for the critically ill, include heart complications and cognitive difficulties like trouble thinking and focusing.

"Those are more for the critically ill, not for the majority of these patients that are not going to the ICU," Dr. Kathuria said.

One rare complication recently brought to light is limb amputations due to the impacts of coronavirus.

Broadway star Nick Cordero, 41, died recently after a long battle with COVID-19. A blockage of blood flow to his right leg is reportedly what required the leg to be amputated.

But Dr. Kathuria said that complications like that are very rare.

RELATED: What will the long-term effects of COVID-19 pandemic be on our nurses?

Karen Johnson, a registered nurse, PhD and associate professor with the University of Texas at Austin's School of Nursing, also said it's too early to tell what the common long-term effects are for young COVID-19 patients.

“There’s a lot we still don’t know about the long-term impacts, but what we do know is that young people in their 20s and 30s can be just as susceptible or still be susceptible to those long-term impacts we’re hearing about," Johnson said. "You know, issues with breathing, cardiovascular problems, maybe cognitive effects that could happen long-term."

She added there could also be long-term financial complications for younger patients.

"The rates of uninsured in this age population, with these complications long-term that could happen with your physical health – what are we going to be doing as a society through our policy levers to ensure that younger people can get the resources they need?" Johnson asked.