Herd immunity refers to a point in time when a sufficient proportion of a population is immune to an infectious disease, which makes its spread unlikely. 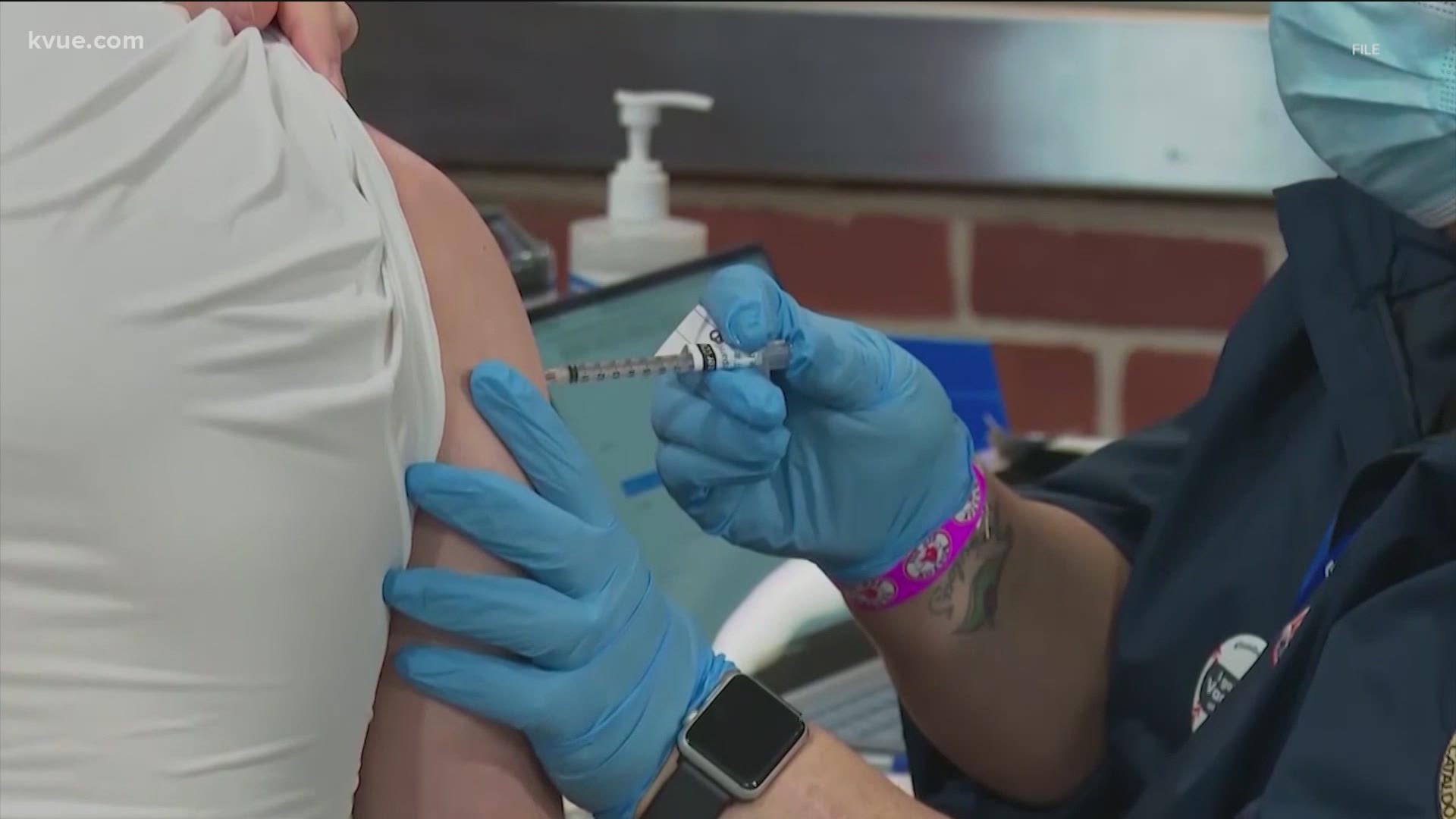 The Centers for Disease Control and Prevention describes herd immunity as a situation in which a sufficient proportion of a population is immune to an infectious disease, through vaccination and/or prior illness, to make its spread from person to person unlikely.

When the original COVID-19 strain was the only one in existence, Travis County health officials believed herd immunity could be reached when approximately 70% of the population became immune.

However, new variants have entered the mix, and Dr. Rob Watson, the chief medical officer for the greater Austin region of Baylor, Scott & White Health, said that changes a lot.

"Some people think herd immunity is sort of a static number. It is really not. It is based on two things – one, the transmissibility of the virus; and two, what is the vulnerability of the population," he said.

According to Watson, herd immunity will typically fluctuate between 70% to 85% of an immune community, but in some cases even higher, depending on how infectious the virus is.

With the original COVID-19 strain, Watson said one person may infect three others around them. However, health professionals have found the delta variant is significantly more infectious, so one person with this variant could infect six to nine people around them.

"As the number goes up, the number of people that we need in the community to achieve herd immunity, so the number of immunized individuals, has to go up to reflect that increased transmissibility," he said.

Another key factor is the vulnerability of the population, meaning people who do not have natural immunity or have not gotten the vaccine.

Currently, about 63% of the eligible population in Travis County is fully vaccinated and more than 70% is at least partially vaccinated.

However, according to Dr. Desmar Walkes, the Austin-Travis County health authority, reaching herd immunity requires looking at the entire population, including those who are not eligible for the shots.

As depicted in the graph above, as of July 20, only 53% of the entire population in the county is fully vaccinated, 8% are partially vaccinated, 19% are unvaccinated or ineligible, 7% have confirmed a positive test for COVID-19 and 13% of the population are estimated to have contracted COVID-19, meaning they may have been positive but not tested for one reason or another.

"The ones we are most concerned with right now are children," Walkes said.

As new breakthrough cases come through (when a fully vaccinated individual tests positive for the virus) some people are concerned about the efficacy of the vaccine.

Watson explained the vaccines were never depicted to be 100% effective against the vaccine and breakthrough cases do play a role in pushing back herd immunity. However, the impact is minute compared to the rate that unvaccinated individuals are getting COVID-19, particularly the delta variant.

"It is not really worth the meat of the story, as it's around the fact that delta is moving very quickly to our unvaccinated population," Watson said.

As communities continue to chase herd immunity, health leaders say the quickest way to reach it is by following in the footsteps of millions of Americans and getting the vaccine.