In a letter, Mayor Steve Adler addressed the spike in COVID-19 cases in Austin, as well as changes to policing voted on by the city council earlier this week. 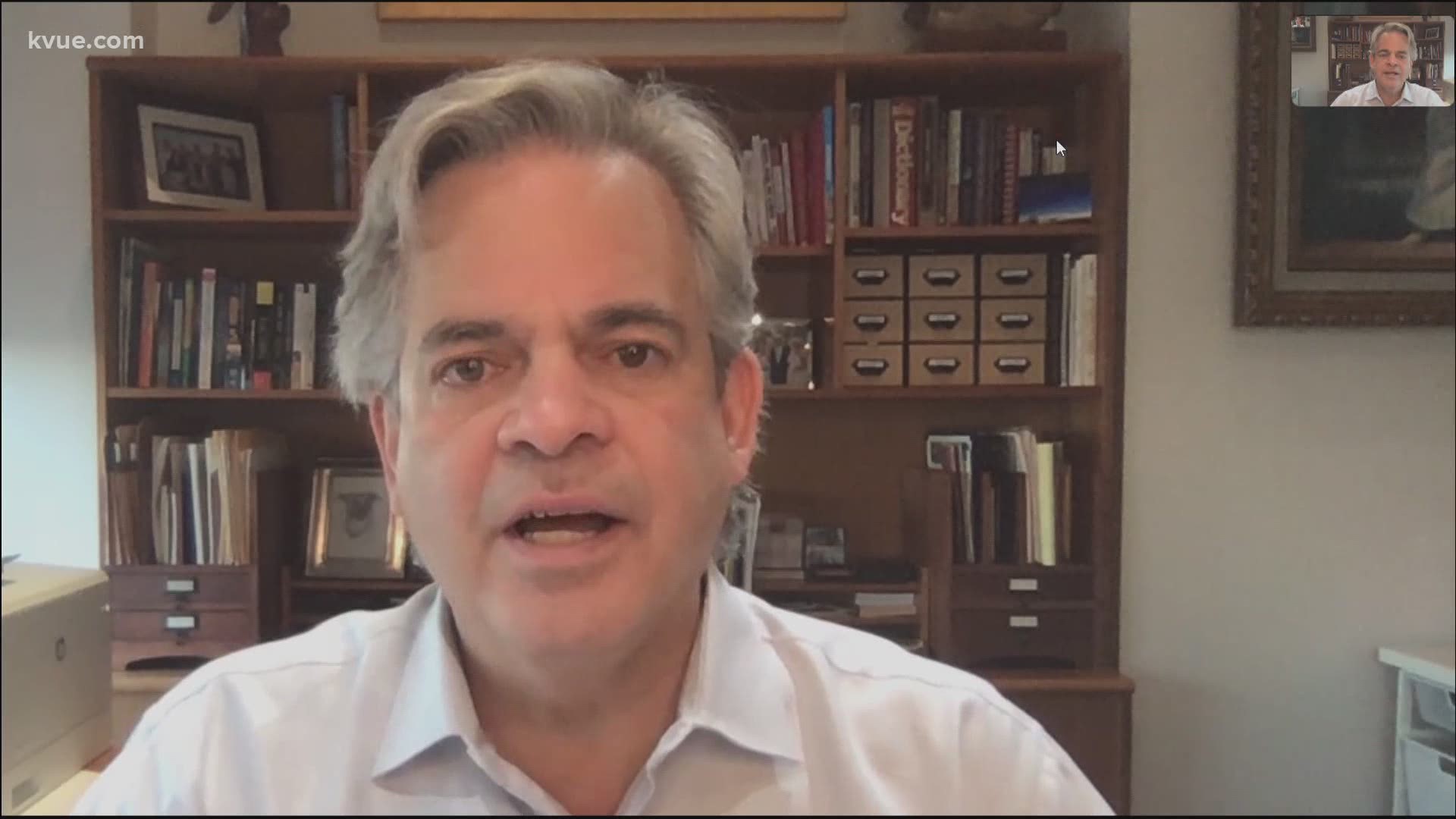 AUSTIN, Texas — Austin Mayor Steve Adler is preparing to make some decisions as coronavirus cases and hospitalizations continue to rise in Austin.

In a letter published Sunday morning, the mayor said that Austin is about to pass the "20 new daily hospital-admission for a seven-day rolling average." He said the city's hospitals appear to be headed toward an "overwhelming surge in admissions," writing, "our blinking yellow warning light is turning orange."

"We have some decisions to make and trade-offs to consider as we approach the red zone," Adler wrote. "Make no mistake, we will be seeing more hospitalizations and deaths. We need the governor's help enforcing masks and social distancing if we are to keep reopening the economy without overwhelming hospitals."

Adler also noted that there is currently available capacity in Austin's hospitals so now would be a great time for residents considering getting a physical, having a procedure done or otherwise going to a hospital to do so.

Adler said he was tested for COVID-19 this week and reminded residents to social distance, wear a mask, stay home if they're sick and get tested if they have been exposed or are experiencing symptoms.

In addition to discussing the pandemic, Adler also addressed the decisions made by the Austin City Council this week as part of a move toward "re-imagining a new model for policing."

"Why is it so important that the city council acted this week? Because black lives matter," Adler wrote. "Because no one should be afraid when a police car pulls up behind them. Because there should not be a 10-year shorter life expectancy for someone living on the east side than the west side of Austin. Because there's no death penalty for traffic offenses, or suspicious behavior, or for matching a description. Because homelessness is not a crime. Because protesting in support of social justice should not put an Austinite in the hospital."

RELATED: 'I hope people get the gravity of what's coming down the hatch' | City council votes big changes for Austin police

Adler clarified that the Black Lives Matter movement is not just about policing, but a larger system of institutional racism and systematic inequality, including as it relates to the COVID-19 pandemic. He also stated that the City "will neither abolish nor defund the police."

"Re-imagining policing and investing in people and the community hold the promise of making us even more safe," Adler wrote.

The Austin City Council will not meet again until July 23 when they will start with the budget, but Adler said they will hold special called meetings if necessary.