Around the Austin area, twentysomethings are COVID-19's latest targets

Young adults are catching the coronavirus at a record pace as reports of new infections grow daily. 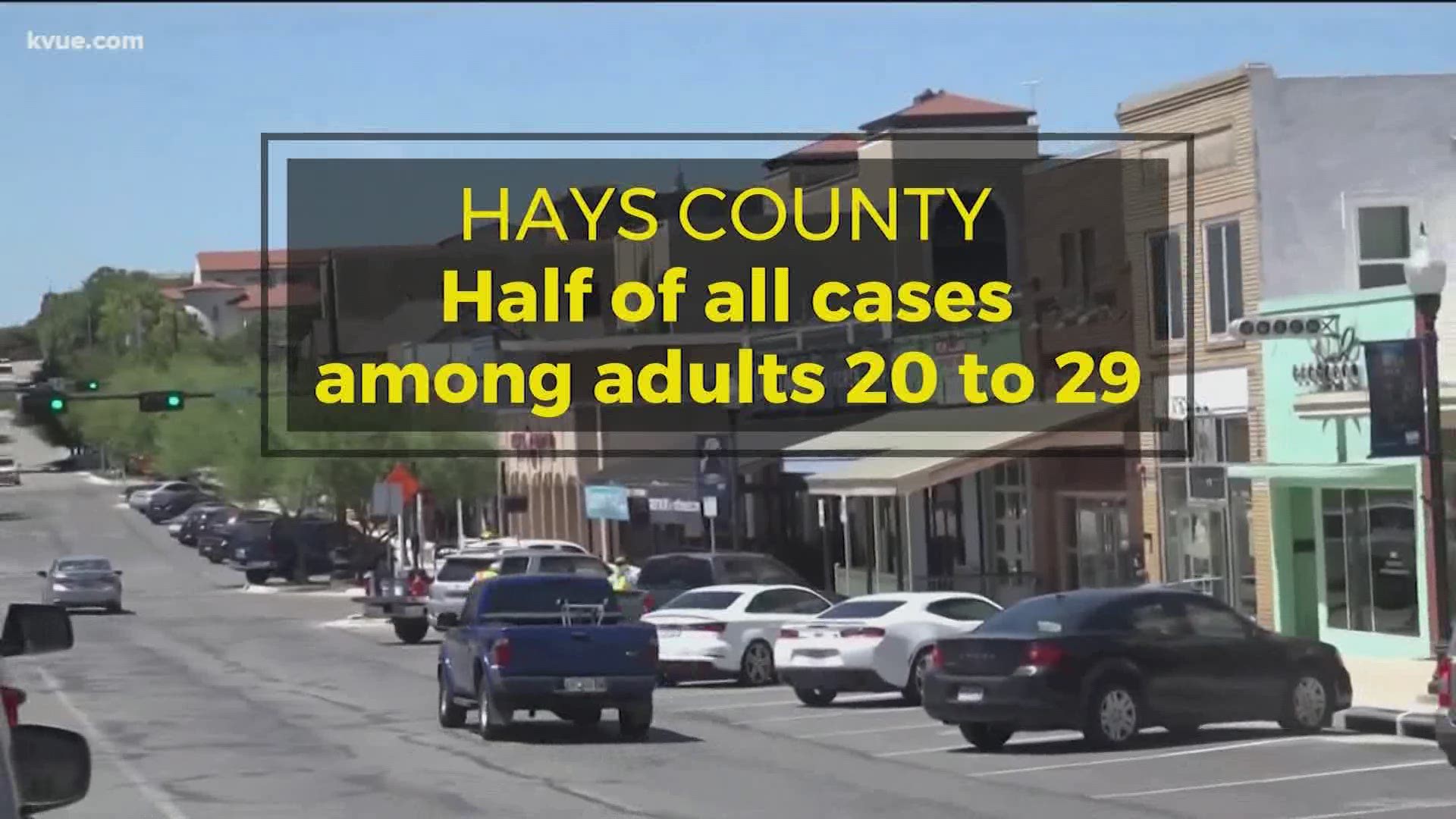 AUSTIN, Texas — By now it’s pretty clear that COVID-19 doesn’t play favorites. Anyone can catch it. But lately, there’s been a younger age group getting diagnosed with the virus: People between the ages of 20 and 29, almost equally split between men and women.

Nowhere is that more apparent than in Hays County, where almost half of all cases reported Tuesday was among adults between 20 and 29 years old – 1,542 of 3,242 cases.

It’s a similar story in Travis County, where young adults now account for most of the new cases. According to data released Tuesday by Austin Public Health, people ages 20 to 29 now make up the largest share, accounting for 28% of confirmed cases. People ages 30 to 39 represent 22% of the cases, while 16% of the cases are among people ages 40 to 49.

A KVUE analysis of Austin Public Health data based on infections by ZIP code indicates that the majority of infections are in two southeast Austin neighborhoods: the 78744 ZIP code had 967 cases and the 78741 ZIP code had 933. Among ZIP codes north of Lady Bird Lake, 78753 has seen the most number of confirmed cases with 933.