At St. David's South Austin Medical Center, some patients are being enrolled into a study for a new antiviral drug called Merimepodib. 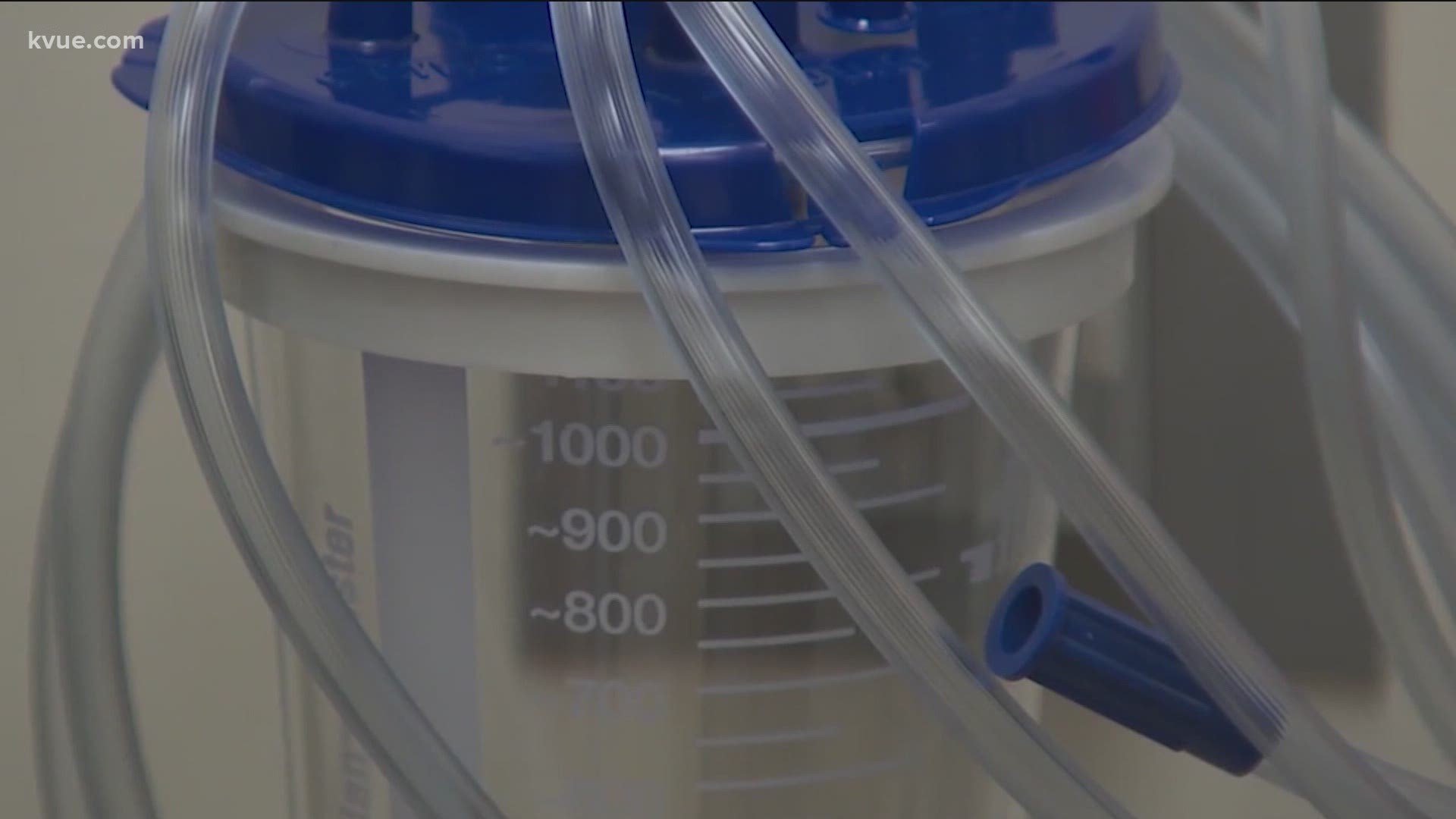 AUSTIN, Texas — While the world waits for a COVID-19 vaccine, doctors are working to find ways to better treat patients for the virus.

At St. David's South Austin Medical Center, some patients are being enrolled into a study for a new antiviral drug called merimepodib, for the treatment of advanced COVID-19 in adult patients.

St. David's is currently the only medical center in Texas participating in the study.

"I think it's very needed," said Dr. Matthew Robinson, the medical director of infectious disease at St. David's South Austin Medical Center. "I think, you know, we're still struggling to find effective therapies that I think truly, you know, impact the outcomes of this illness."

Dr. Robinson said that Merimepodib is an investigational antiviral medication that has been evaluated in the lab and shown to be active against the SARS-CoV-2, which is the virus that causes COVID-19.

"It was also shown to enhance the activity of another antiviral called Remdesivir, which is presently the standard of care from an antiviral standpoint with regard to treating patients with this," Dr. Robinson said. "And so, this study is designed to evaluate this in humans and determine whether this is actually an effective therapy and is beneficial to patients that are suffering from COVID-19."

The medication itself would be dissolved into liquid. As far as side effects, Dr. Robinson said the most common could be upset stomach or loose stool.

While it's not being used to fight other illnesses, Dr. Robinson said he feels it is safe as it has been studied enough.

"There is a fair amount of human data with regard to this medication because it has been investigated in other viral infections. And so, you know, the preponderance of the data suggests that it is a safe medication to administer. So far, my anecdotal experiences would include the same," Dr. Robinson said.

Dr. Robinson added that Merimepodib was shown to work well with Remdesivir.

"The reason to have optimism with this medication is because of its effect that was shown with regard to this inhibiting this virus in a laboratory cell culture," Dr. Robinson said, referring to Merimeodib. "But also it was shown in concert with Remdesivir that those cells that were infected with the virus in the lab were exposed to Remdesivir and the Merimepodib at the same time, and it seemed to enhance the activity of Remdesivir beyond what one would expect. And so, there was hope from that standpoint that it may actually – the combination of the two may, in fact, be quite beneficial."

Overall, it could be a way of evaluating combination therapy, according to Dr. Robinson.

He said he encourages patients that have an opportunity to be part of a trial like this to think about it.

"This is how we make these important discoveries that go towards better treatments," Dr. Robinson said.

Other methods of treatment

Other methods of treatment doctors have been using include convalescent plasma, which is plasma from patients who recovered from COVID-19.

Dr. Robinson also brought up a type of steroid that could work well with current antiviral medications like Remdesivir.

"From an antiviral standpoint, Remdesivir is really considered the standard of care at this point. There are a few other things. Dexamethasone, which is a corticosteroid, was recently shown in another randomized trial to be effective at reducing mortality in patients with COVID 19," Dr. Robinson said.