On Tuesday, the Texas Health and Human Services Commission reported a total of 950 positive cases at 668 child care operations statewide. 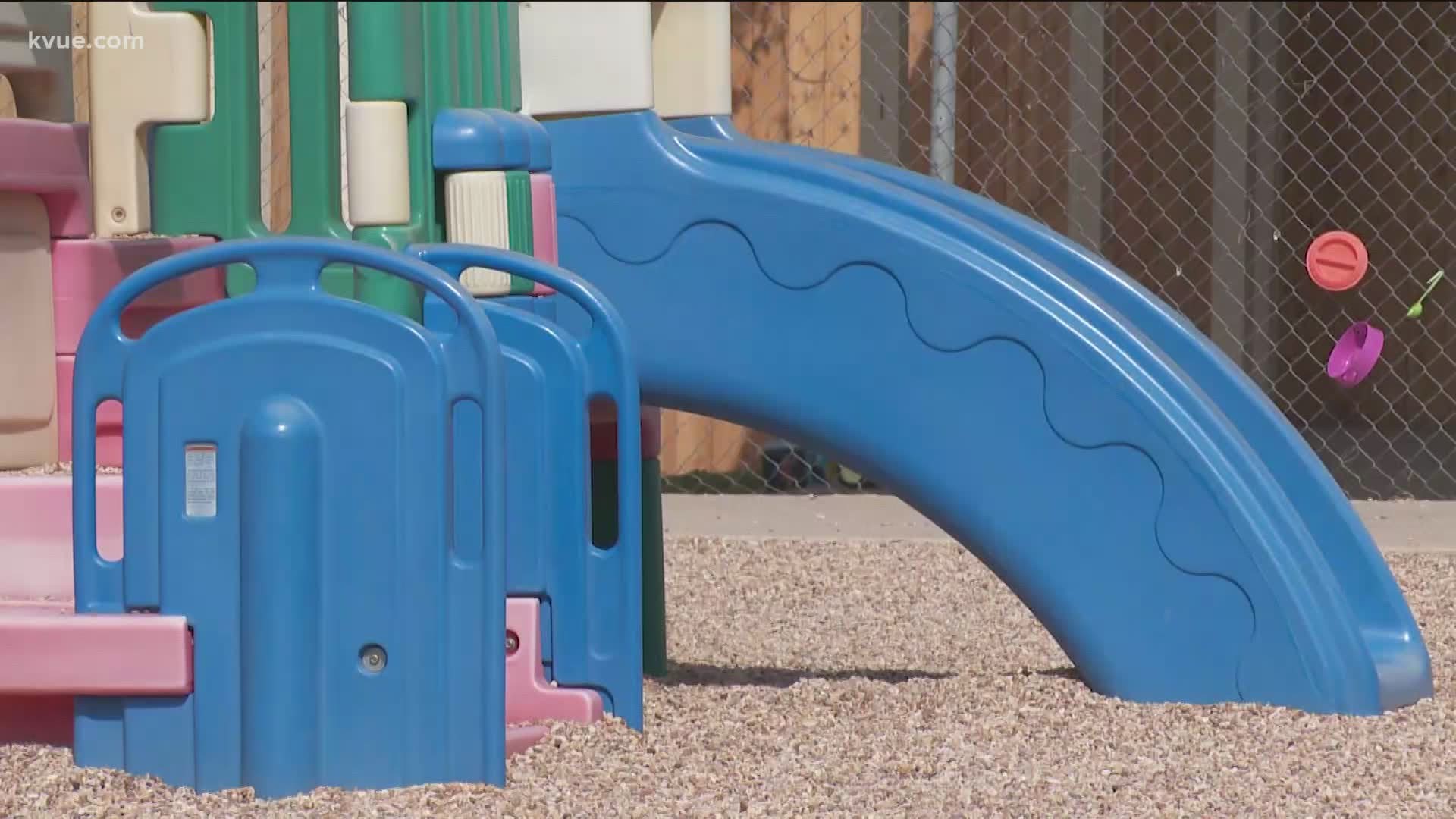 PFLUGERVILLE, Texas — The number of total positive COVID-19 cases at Texas child care centers has increased by 352% in just two weeks, according to data provided by the Texas Health and Human Services Commission (HHSC).

For context, there were nearly 11,100 child care operations open as of May 21, according to an HHSC spokesperson.

The rise in cases has the president of Sprouting Star Children's Academy, John Russo, concerned his Pflugerville day care could one day join the growing list.

"We haven't had COVID-19 enter into the child care facility where we are yet, but it's been getting pretty close," he said. "We've had a couple of situations where children were brought into the center, and we later discovered that there was a member of the household that actually had COVID-19."

Russo worries the pressure for some parents to get back to work may put children and staff members at risk. Nearly 90% of his day care's clients get subsidized child care through Workforce Solutions Capital Area, which helps low- to moderate-income families.

"Their lives are disrupted, as they can no longer get to work either," he said.

At his facility, if there is a possible exposure, the classroom is shut down and the kids and staff are kept home until a test result is confirmed.

In some cases, Russo said he's seen some families take their child, who may have been exposed, out of his day care and put them into another. There's no tracking system in place, he said, so other day cares are unaware.

"That raises concerns with us not only for our own center but that could potentially shut down multiple centers as that child kind of moves through the system," he said.

RELATED: How to keep kids safe during summer activities

Workforce Solutions Capital Area is trying to make these transfers more difficult. The agency implemented a new policy on Monday, requiring a two-week waiting period for all transfer requests to try to prevent the spread of the virus.

"This two-week waiting period is mandatory, even if a parent making the request does not disclose a potential exposure to [COVID-19]. This policy is also in line with industry standards of giving two weeks’ notice when a parent no longer wishes to send a child to care," a spokesperson said.

It's just one step to slow a growing problem.

"With the cases rising so rapidly, it's becoming an immediate, urgent issue," Russo said.

A spokesperson with HHSC told KVUE it does not track enrollment information for children in care and referred to the Texas Workforce Commission, which manages children's enrollment.

Its spokesperson said sharing whether a child or parent tested positive for COVID-19 with another child care provider would likely be a HIPPA violation.

On June 12, the HHSC repealed its emergency rules for child care providers, which, for example, required staff to check everyone's temperature before being allowed in.

"As Texas reopens, HHSC recognizes the vast differences across the state and the need for flexibility as business owners make decisions that are best for the communities they serve," a spokesperson said on June 15, regarding the repeal.

'Absolutely essential': Health authority says masks should be mandatory for the next year