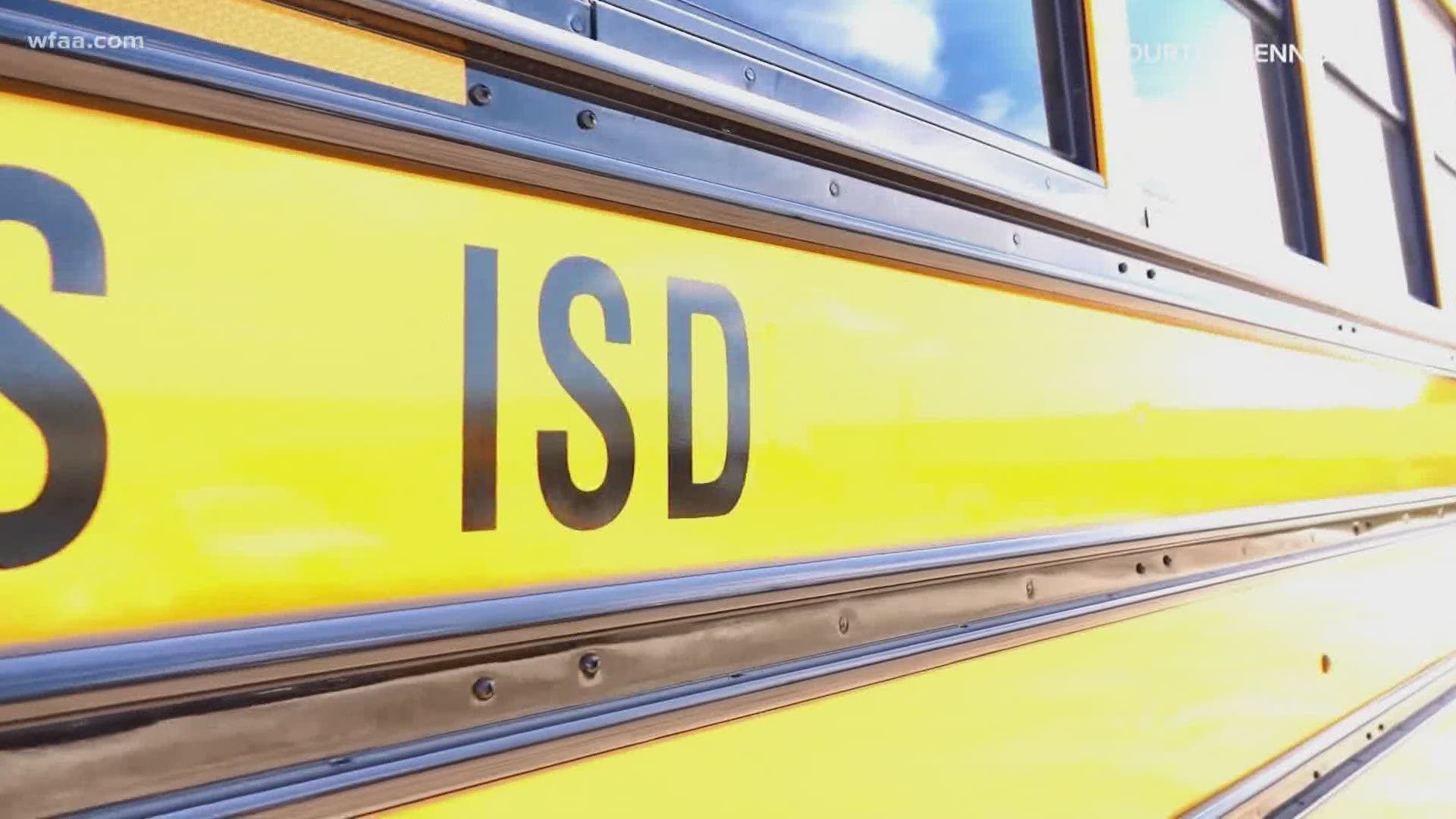 This story will be updated throughout the day as new information is released.

The 230 new cases is the lowest amount Dallas County has added in a single day since June 1, when local officials reported 228 cases.

The number of emergency room visits for COVID-19-like symptoms in Dallas County was 583 in a 24-hour period ending Wednesday, Aug. 5, according to information reported to the North Texas Central Texas Trauma Regional Advisory Council.

That represents about 25% of all emergency department visits in the county.

For a daily roundup of the latest news from around North Texas and beyond, sign up for the WFAA email newsletter.

An order issued in Dallas County delays evictions filed Wednesday or later to be delayed for trial until after Aug. 24.

The order issued this week re-ups a previous moratorium on evictions.

Dallas County officials cite the "imminent threat of the COVID-19 pandemic" as the reason to delay court hearings.

A Keene ISD and a Wylie ISD staff member have tested positive for COVID-19, officials at both school districts said.

Keene district officials said the staff member received test results Wednesday. The employee had not been on campus since July 30, according to officials.

The staff member not in contact with any students and will need to follow the school’s protocols before being able to return to campus, district officials said.

Keene ISD had resumed in-person learning for its school year on Tuesday.

Officials said the employee was on campus during the past week as part of staff development activities and that the staff was notified Wednesday.

District officials said depending on the dates of the isolation they may need to make some adjustments to staff schedules but will be ready for the start of school on Aug. 13.

Gov. Greg Abbott attended a roundtable Thursday regarding the state's approach to flu season during the COVID-19 pandemic.

After the event at the UT Southwestern Medical Center in Dallas, the governor said Texans should get a flu vaccine.

The woman who died was a Frisco resident in her 80s.

On Wednesday, the county reported 130 new cases and on Tuesday it reported 95 new cases.

RELATED: Here are the confirmed coronavirus cases in Denton County

Everyone was 60 or older and had underlying health conditions.

There have been 411 reported deaths and at least 19,478 recoveries.

RELATED: Here are the confirmed cases of coronavirus in Tarrant County

With 222 new cases, Collin County now has had 7,072 confirmed COVID-19 cases since tracking began in March.

There has also been two additional deaths, bringing the total to 87.

After reporting only 25 new cases on Sunday and Monday, Collin County has added 664 cases the past three days.

There have been at least 5,036 recoveries in Collin County.

RELATED: Here are the confirmed cases of coronavirus in Collin County

There have been 1697 cases added since June 24, which is 82% of their total reported cases.

There have been 23 deaths in Kaufman County, according to the Texas Department of State Health Services.

Community members in Eagle Mountain-Saginaw ISD have launched a petition calling for officials to delay in-person learning until Sept. 28, our partners at the Fort Worth Star-Telegram reported.

School is scheduled to begin Aug. 20 with in-person and online learning options. As of Thursday afternoon, the petition had over 800 signatures.

"To keep students, employees, and our community safe, we are imploring EMSISD's leadership to re-consider their current plan and instead start with remote learning only, returning face-to-face on September 28th, as recommended by the Tarrant County health commissioner," the change.org petition says.

The school board is holding a specially-called meeting at 8 p.m.

MedStar says it has established a new protocol since the start of the COVID-19 pandemic.

Officials said personnel has been using on-scene procedures designed to not transport patients to an Emergency Department if they do not have any high-risk factors and have symptoms potentially related to COVID-19.

Instead, the patient is instructed to contact their primary care and is provided instructions about self-monitoring. MedStar says it also gives the person information on how to undergo further evaluation and testing for COVID-19.

Between March 25 and July 21, 461 patients were treated on scene and referred to alternate care settings using the protocol, according to MedStar.