As of April 21, there’s only a 39% chance Texas has already reached its peak in deaths. 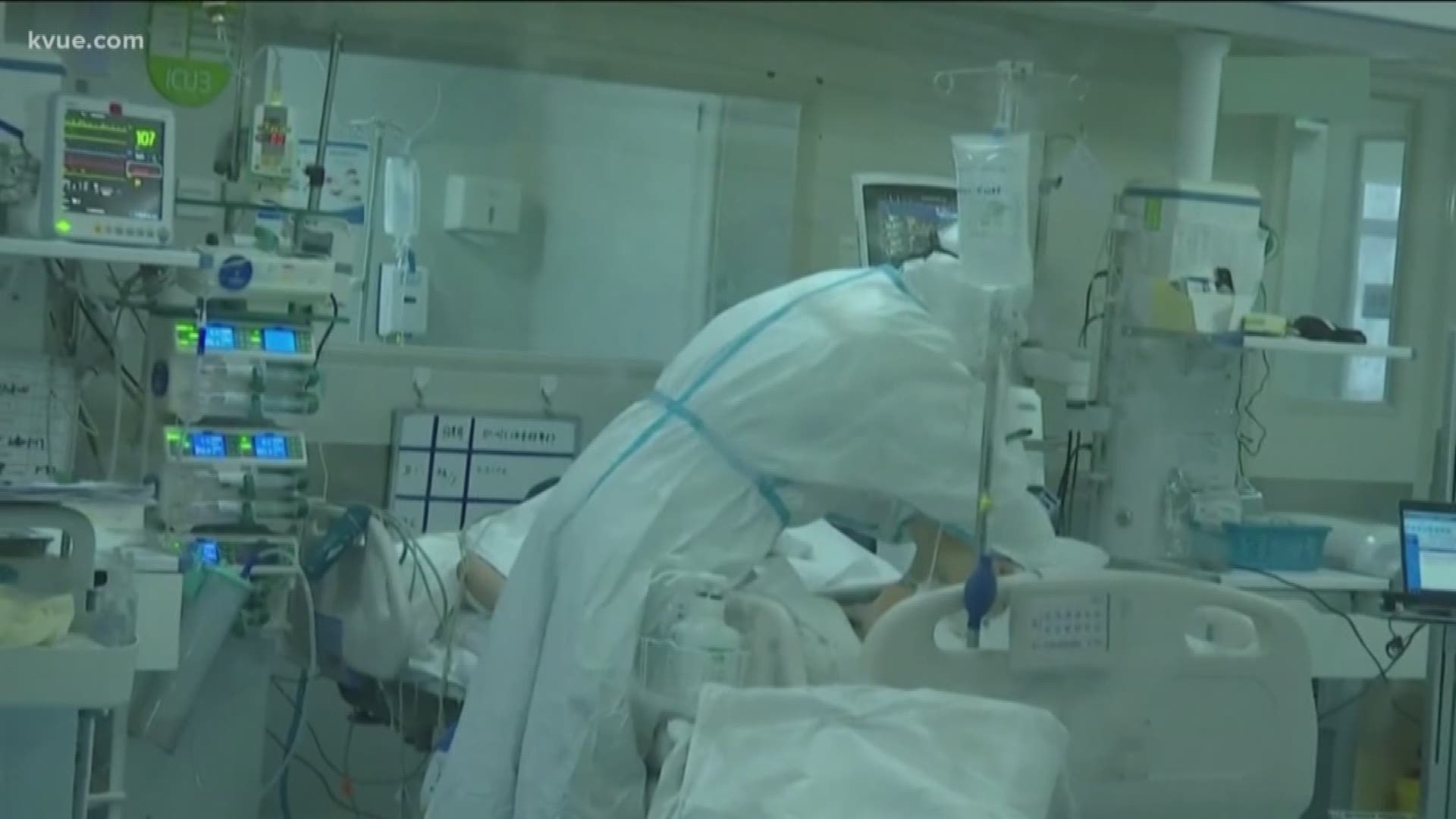 AUSTIN, Texas — It’s likely Texas and most states haven’t yet reached their peak in deaths due to coronavirus, according to new data from the University of Texas in Austin.

Researchers at UT released a new COVID-19 model. The model predicts the number of deaths we may see in the coming weeks due to coronavirus.

As of Tuesday, April 21, there’s only a 39% chance Texas has already reached its peak in deaths and the true peak may be a couple of weeks away. The model shows that in Texas, there’s a 75% chance the peak will happen one week from now and a 91% chance of a peak happening within the next two weeks.

We spoke to one of the researchers who created the model, James Scott. He’s a statistics and data sciences professor at UT. He said his team got this data by using the GPS tracker on your phone and looking at the local impact of social distancing at places such as grocery stores and restaurants.

Overall, Scott said Texas’ early focus on social distancing may ultimately equate to fewer deaths down the line compared to other big states.

“We think that Texans getting out ahead of it compared to where we were in the epidemic curve compared to a place like New York or New Jersey did have a tremendous life-saving effect, but because of the lag between getting infected and being at risk of death, we’re only really beginning to see the benefits of that right now,” said Scott.

This coronavirus map shows all reported cases in the world

Despite the positive effects of social distancing in the state, he wants Texans to remain cautious.

“While we think Texas may be at or near the peak with reasonably high probability, it’s really important that people understand that is not a license to say, ‘Alright, we can relax all the social distancing restrictions in place,’” said Scott. “Remember there’s an average 23-24 day lag between when someone is infected with this disease and when they’re at risk of death.”

He believes deaths will spike in a new wave if restrictions were relaxed completely. The model looks at the entire country and how other states are faring as well, and researchers don’t expect many states to peak until after May 1.

Scott told KVUE the goal is to use this data to inform policy. UT said they shared this report with the CDC and the White House Coronavirus Task Force.

Compared to other popular models used by health professionals and decision-makers such as the University of Washington’s Institute for Health Metrics and Evaluation (IHME) model, UT looks at new geolocation data and social distancing to make projections, instead of “patterns of reported deaths in other parts of the world including, Wuhan, China, where social distancing measures differ from the U.S," Scott said.