The care center said in a press release it was advised on April 23 that a team member who had called off sick to work ultimately received a positive test result. 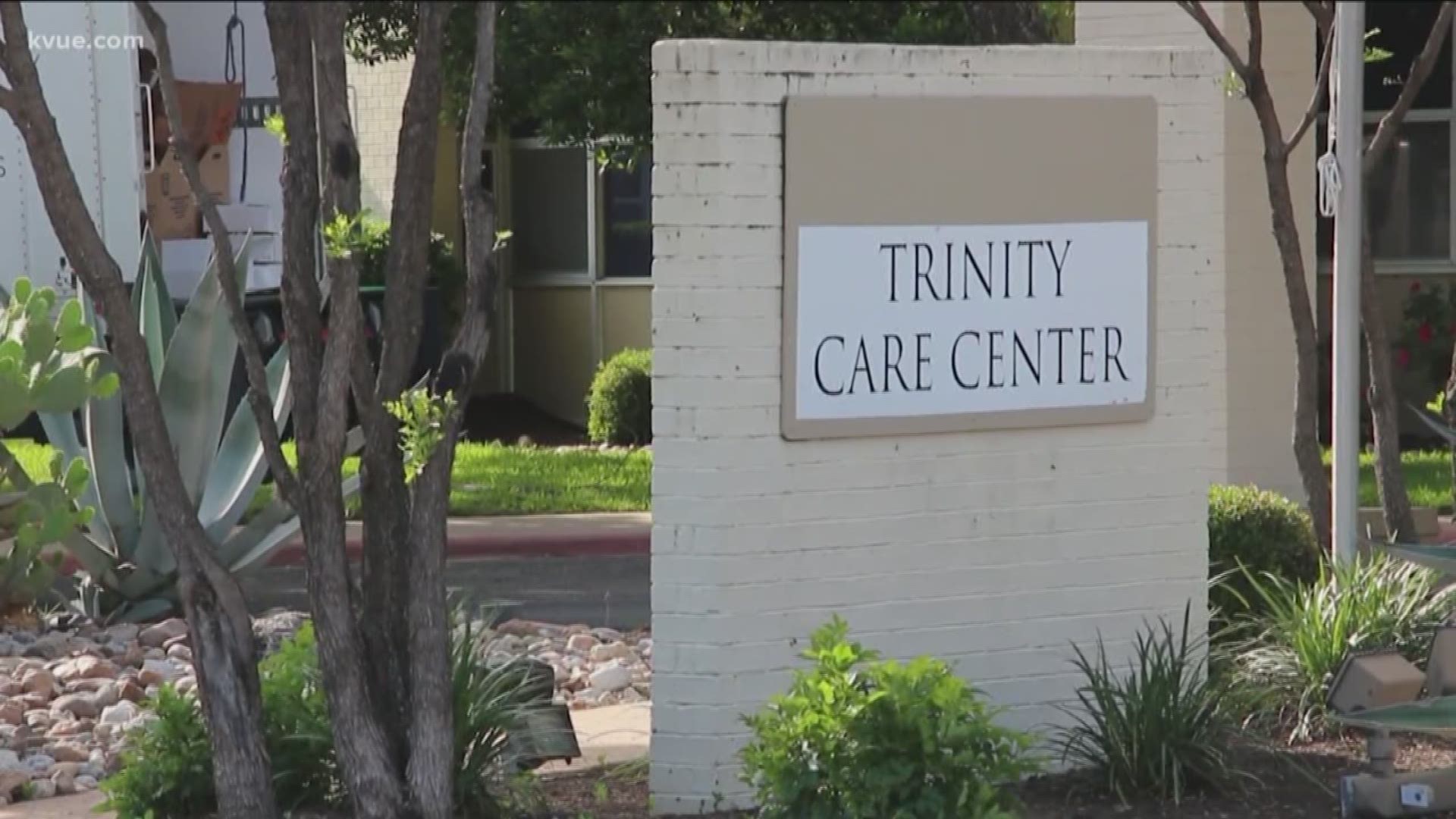 The care center said in a press release it was advised on April 23 that a team member who had called off sick to work ultimately received a positive test result for COVID-19.

After receiving the news, the facility tested all team members and residents, the care center said in a statement. The results showed 31 residents and 15 team members tested positive for the virus.

"I feel like they kind of dropped the ball already, knowing nursing homes are a hot spot," said Ashley Coronado, whose mom lives at Trinity Care. "I don't think they did enough to prevent it."

Coronado said she is also concerned her mom will now get the virus because people who tested positive are still living there. A spokesperson for the facility confirmed some residents with coronavirus are still in the facility as of Monday.

"The way they've been handling it up to now, I feel like now it's just a matter of time," Coronado said.

Williamson County officials confirmed the county's first confirmed coronavirus cluster at a nursing home on April 25, which also had 46 positive cases of the virus.

However, a spokesperson for Williamson County refused to confirm if Trinity Care is the facility with the first nursing home cluster. And Health and Human Services Commission also refuses to release names of facilities with confirmed cases of the virus, citing personal health privacy laws.

Caraday Healthcare issued the following statement on behalf of the center:

"We are monitoring everyone extremely closely and thus far no residents or team members within Trinity appear to be symptomatic. Effected team members are isolating at home. We are following our pre-established protocols that include implementing immediate and precautionary steps to ensure we stop the spread of the infection within our community."

On April 23, Williamson County sent updated control orders to 65 long-term care facilities, which stipulated that if there is a confirmed case of COVID-19 in a facility, all patients, staff and next of kin must be notified.