Texas has a higher seven-day average of new cases, a higher positivity rate and more hospitalizations now than when Abbott reopened bars in May. 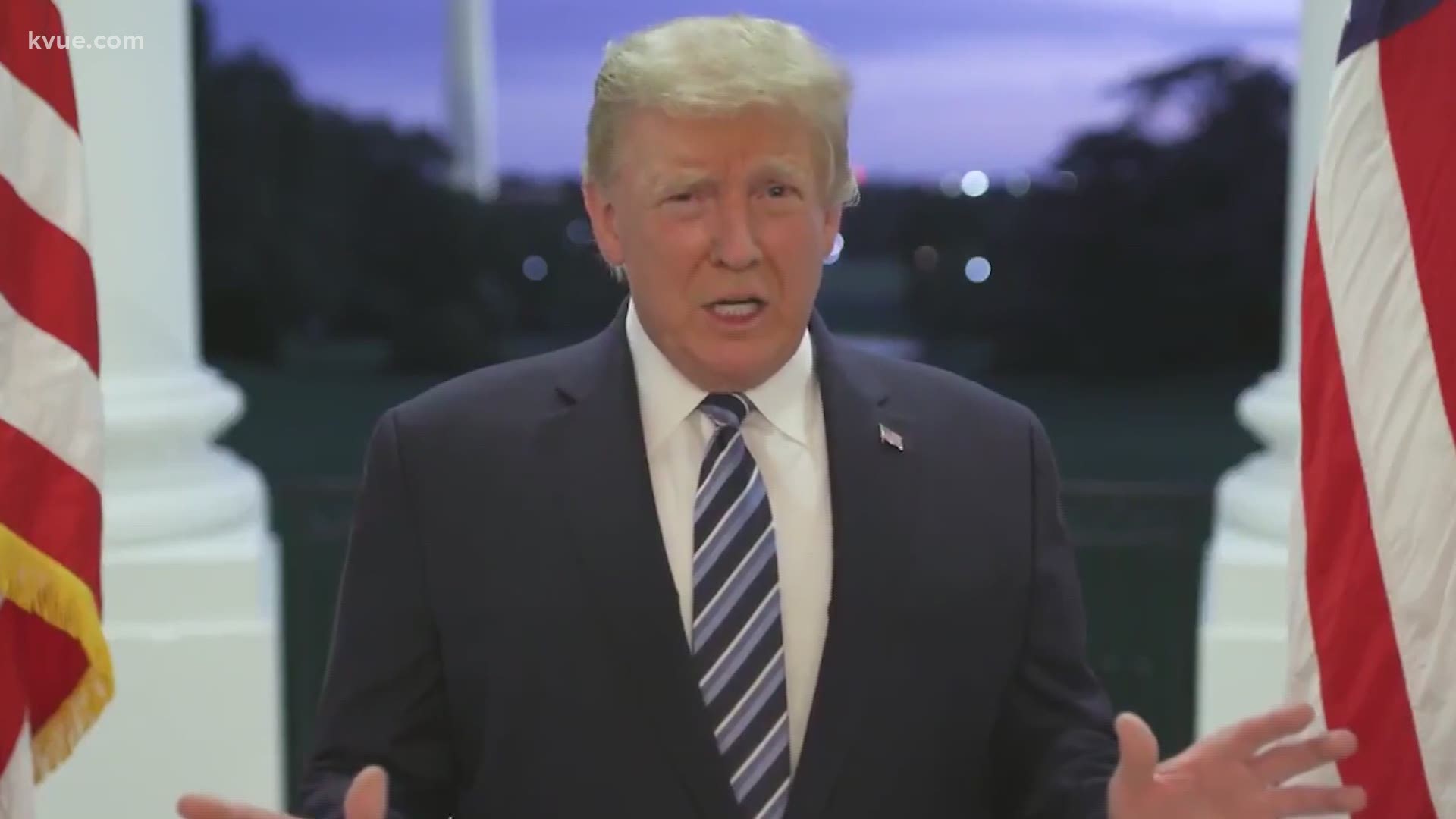 The tweet included a GIF of two beer glasses raised in a toast, which would certainly seem to suggest the announcement is predicated on bars.

In Abbott's tweet, he said hospitalizations, the number of new positive cases and the positivity rate all "remain contained." He also said Oct. 5 – the day his tweet was posted online – was "one of the lowest for fatalities in a long time."

RELATED: 'Cheers!' Gov. Abbott tweets more openings on the way. Could bars be next?

Texans have continued to keep COVID under control.

The hospitalizations, number of new positive cases, and positivity rate remain contained. Today was one of the lowest for fatalities in a long time.

I will be announcing more openings soon.

Bars have been ordered to close since late June after Abbott announced they could reopen on May 18 and cases skyrocketed. Between Abbott's announcements on May 18 and on June 26, those three metrics he referenced in his Monday tweet – hospitalizations, new positive cases and the positivity rate – each rose significantly.

See the numbers depicted in the graphs below (Source: Texas Department of State Health Services):

GRAPHS: COVID-19 stats since Texas bars reopened in May

The numbers show that the metrics Abbott referenced in his Monday tweet are in a worse spot now than when he had originally reopened bars in May. Hospitalizations and the seven-day average of daily new cases are nearly twice as high and the positivity rate is approximately 0.26% higher.

Since Abbott's June executive order closing bars was enacted, however, bars have had the option to reopen and operate as restaurants.

In August, the Texas Alcoholic Beverage Commission (TABC) changed its guidance to allow businesses to use alcohol sales projections or show that they recently had less than 51% alcohol sales in order to apply for a Food and Beverage Certificate. If granted, the businesses could then reopen as restaurants.

KVUE spoke with Central Texas doctors who said even though the recent trends are encouraging, people should keep their guards up.

"It is great news that it's under better control in Texas, but we're still seeing patients get admitted to [the] hospital and still seeing patients who get seriously ill," said Dr. Jan Patterson, a professor of medicine and infectious disease at the health center at the University of Texas at San Antonio. "You know, I think what is good news is that people have taken it seriously."

On Monday, the Texas Bar & Nightclub Alliance (TBNA) responded to Abbott's tweet, saying it has been "putting growing pressure on the governor since August" and anticipating him "to take action in reopening bars safely and fairly." The TBNA said, "Although we do not have official word on whether or not bars will be allowed to reopen, this tweet appears to be a significant step toward reopening." 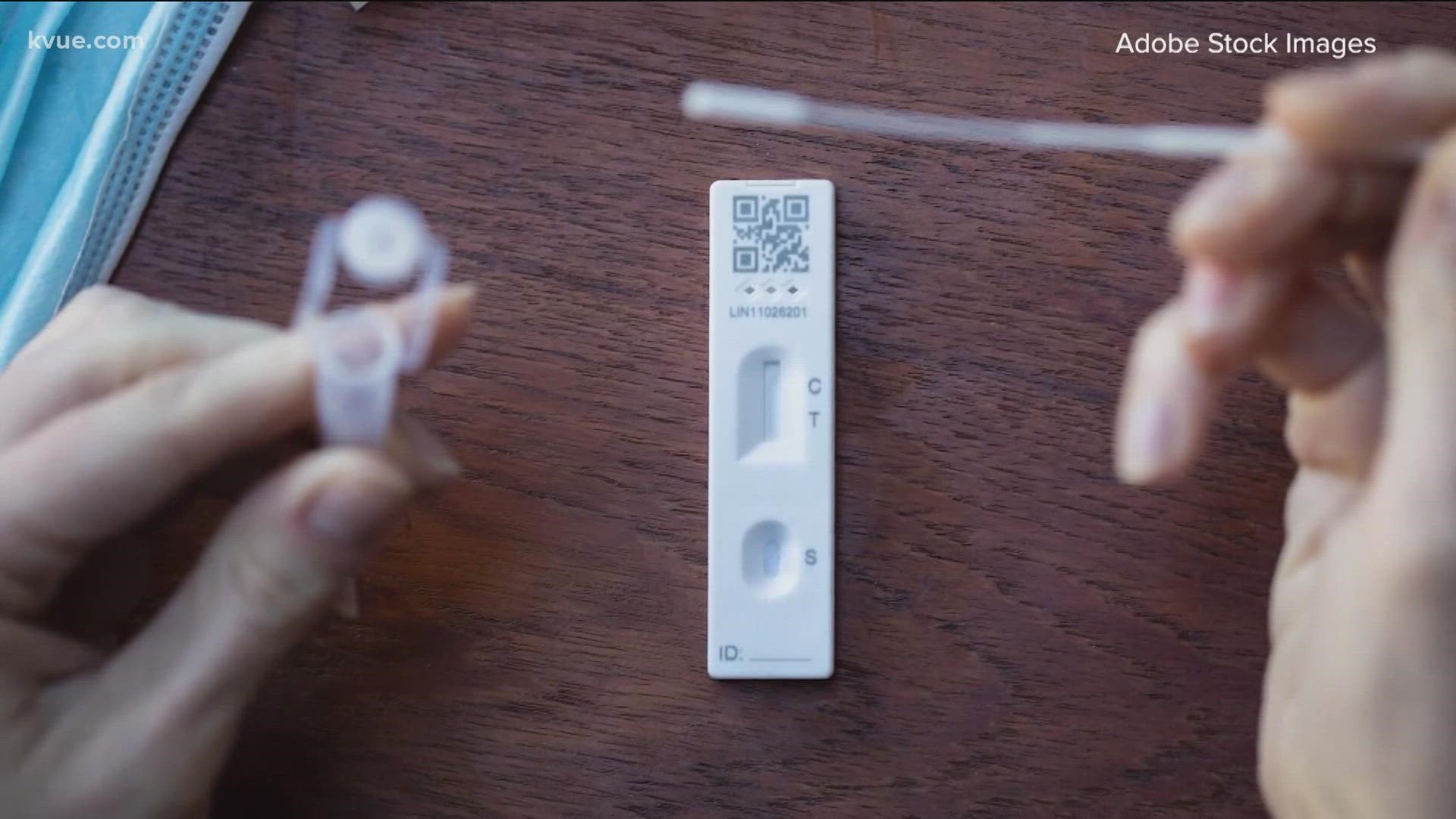 VERIFY: Does the CDC include at-home COVID-19 tests in its data?