The state of Texas said it is currently able to run about 250 tests per day but expects to be able to run up to 500 per day soon due to better procedures. 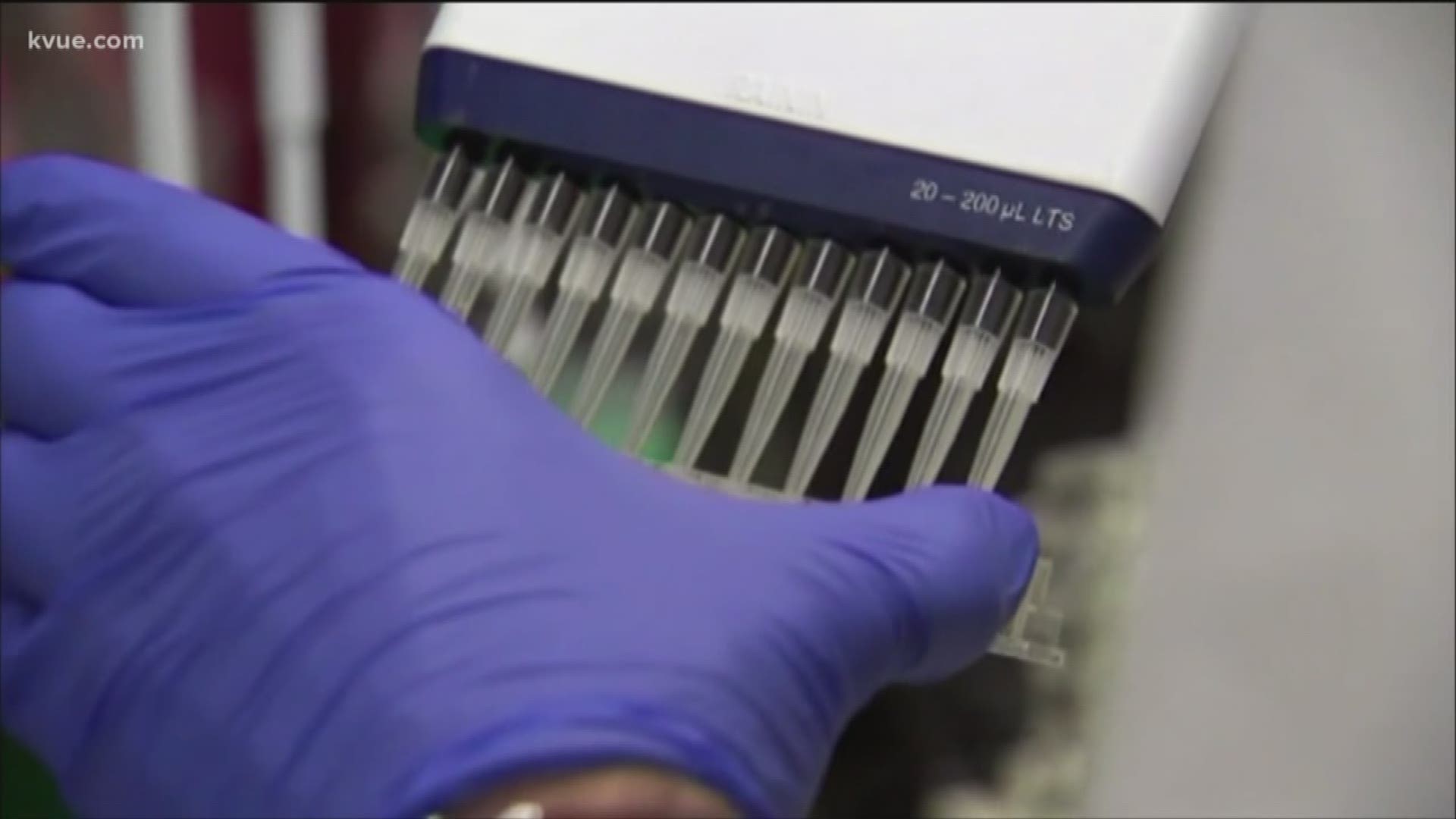 AUSTIN, Texas — Texas has the ability to test for the novel coronavirus in several labs across the state, but many people have been left wondering what the COVID-19 testing process looks like.

The process begins with your local doctor. Doctors have been instructed to take oral and nasal swabs from patients they believe may have the virus.

The swabs are then sent to one of eight state-run testing labs in Texas, including one located in Austin. It takes the state approximately 24 hours to get the results.

If the test returns positive, the case is considered a "presumptive positive" and sent to the Centers for Disease Control and Prevention for confirmation.

According to officials, the state considers a person to have the virus and alerts local authorities before receiving CDC confirmation if the state test returns positive.

According to state officials, Texas has the ability to run thousands of tests, but is not seeing that demand.

The state said it is currently able to run about 250 tests per day but expects to be able to run up to 500 per day soon thanks to better procedures.

Officials said a statewide total of tests that have been done is yet to be compiled.