Austin will no longer test those without COVID-19 symptoms, mayor says

Austin Mayor Steve Adler took to Facebook Live on Friday to hold his regular "Got A Minute?" show, where he discusses coronavirus updates in the community. 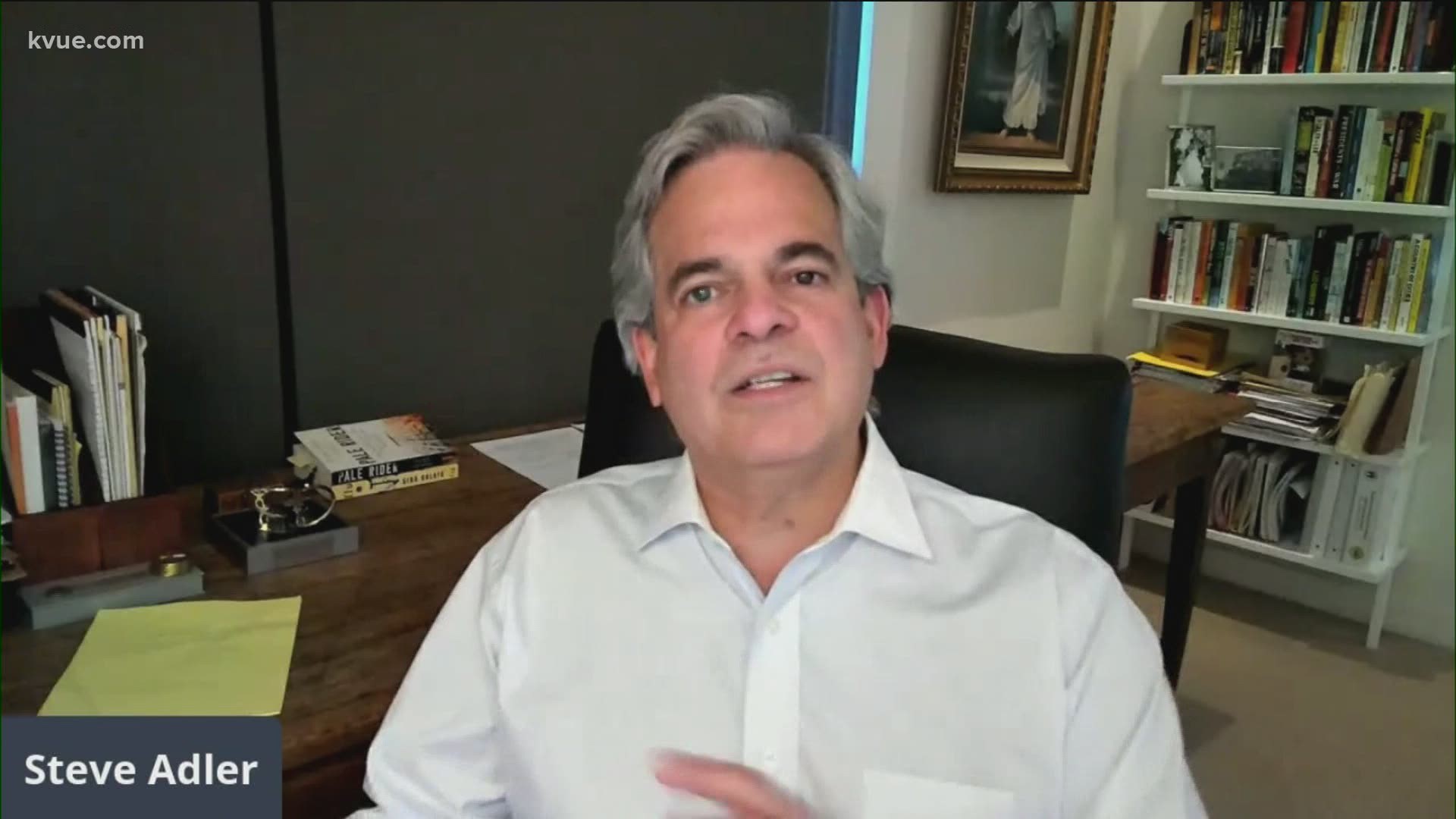 AUSTIN, Texas — Mayor Steve Adler said that Austin will no longer be testing those without COVID-19 symptoms because there are not currently enough tests for the number of people seeking them.

Adler took to Facebook Live on Friday to hold his regular "Got A Minute?" show, where he discusses coronavirus updates in the community almost every night.

How long are you contagious with coronavirus? When can I be around others again?

"Dr. [Mark] Escott is now saying that not everybody can get tested. We're going to go back to only testing people who are symptomatic because we frankly don't have enough testing capability and the tests are not coming back quickly enough," Adler said.

Big updates on our community response. I'll run down everything you need to know at 7pm. See you then!

He said that waiting four to five days for a test to come back does not help someone who is asymptomatic, as they need to know earlier than that.

"If you've gone to get a test, you should assume that you are infected, unless and until you get word that you're not," Adler said. "So, when in doubt, isolate, don't be around other people."

Additionally, the mayor asked those with insurance to not use the City of Austin's public health testing and to contact their doctors and insurance about where to get tested to save a place in the already overwhelmed public testing line.

What is Pongfest? Summer tradition could cause COVID-19 surge in Lakeway