APH's newest numbers show that about 80% of people hospitalized for COVID-19 in the Austin metro area in the past two weeks were unvaccinated. 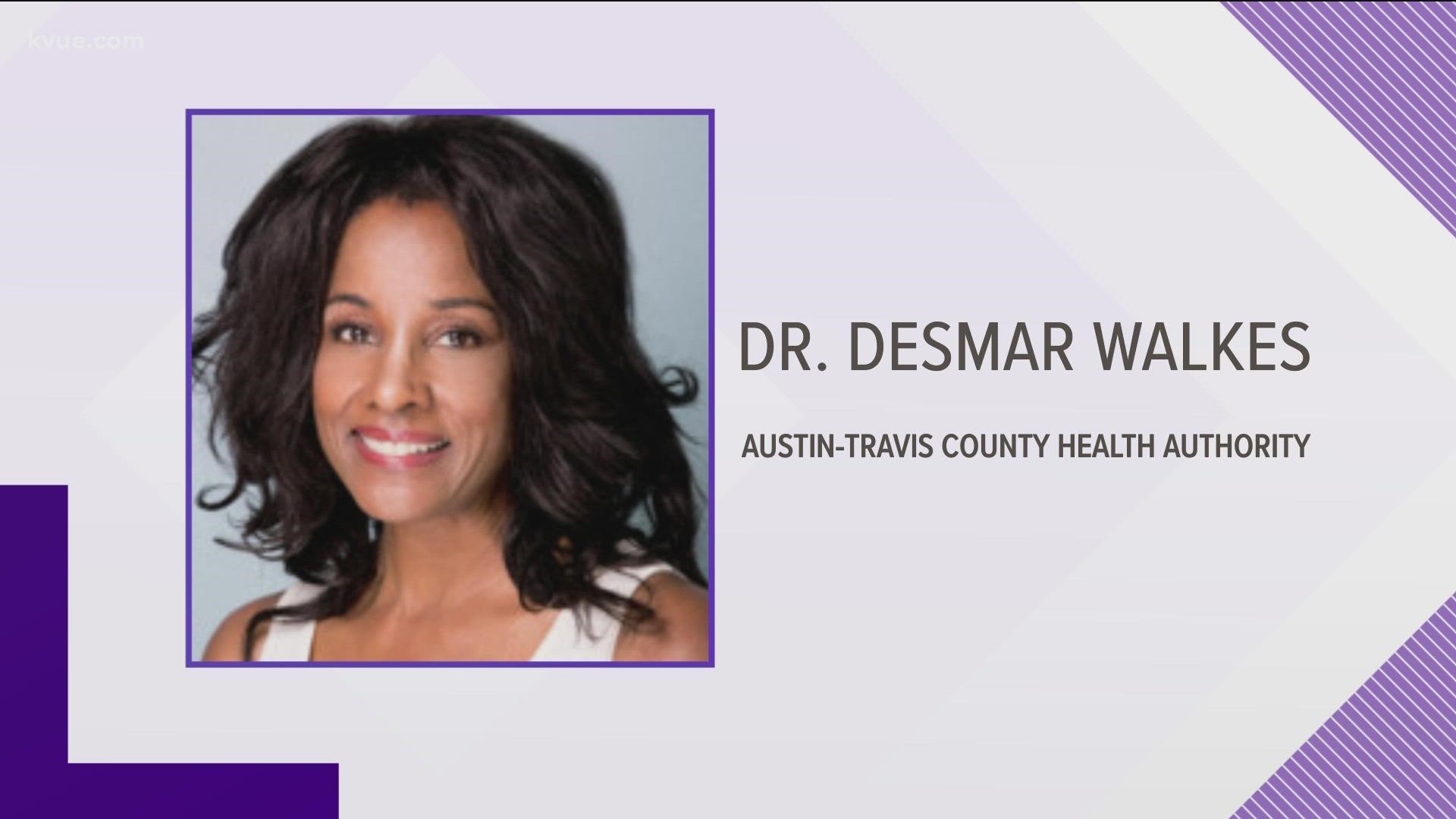 AUSTIN, Texas — As the delta variant of COVID-19 causes hospitalization spikes across the Austin area, Austin Public Health is urging everyone to get vaccinated.

APH's newest numbers show that about 80% of people hospitalized for COVID-19 in the Austin metro area in the past two weeks were unvaccinated.

Last month, APH reported that over 70% of the eligible population had received at least one dose of a coronavirus vaccine. However, APH said at the time that the delta variant was already prompting a reassessment of herd immunity.

Currently, the seven-day moving average of new hospital admissions is 61, and an average of 346 people are hospitalized as of Aug. 3. This puts Austin-Travis County at Stage 5 COVID-19 levels, although the area remains officially under Stage 4 guidelines.

Due to this spike, Austin-Travis County Health Authority Dr. Desmar Walkes said the herd immunity threshold is now expected to be between 80 to 89%, instead of 70 to 75%.

According to Walkes, only 54% of the entire Austin-Travis County population is fully vaccinated.

Additionally, Walkes said a larger number of people under the age of 50 are being admitted into area hospitals and ICUs, calling the numbers "startling."

"And unlike other surges, they’re people that are without any chronic illness comorbidities who are coming in severely ill, requiring ICU care, requiring ventilators," Walkes said.

She encouraged younger people to get vaccinated.

"The choice now becomes vaccination or ventilator for our young people who may have been stubborn about going to get that vaccine because they didn’t like shots or they heard this, or that or the other," said Walkes.

Over the past two weeks, APH reported people under 30 years old made up 14% of hospitalizations in the Austin area and 30- to 49-year-olds made up 31%.