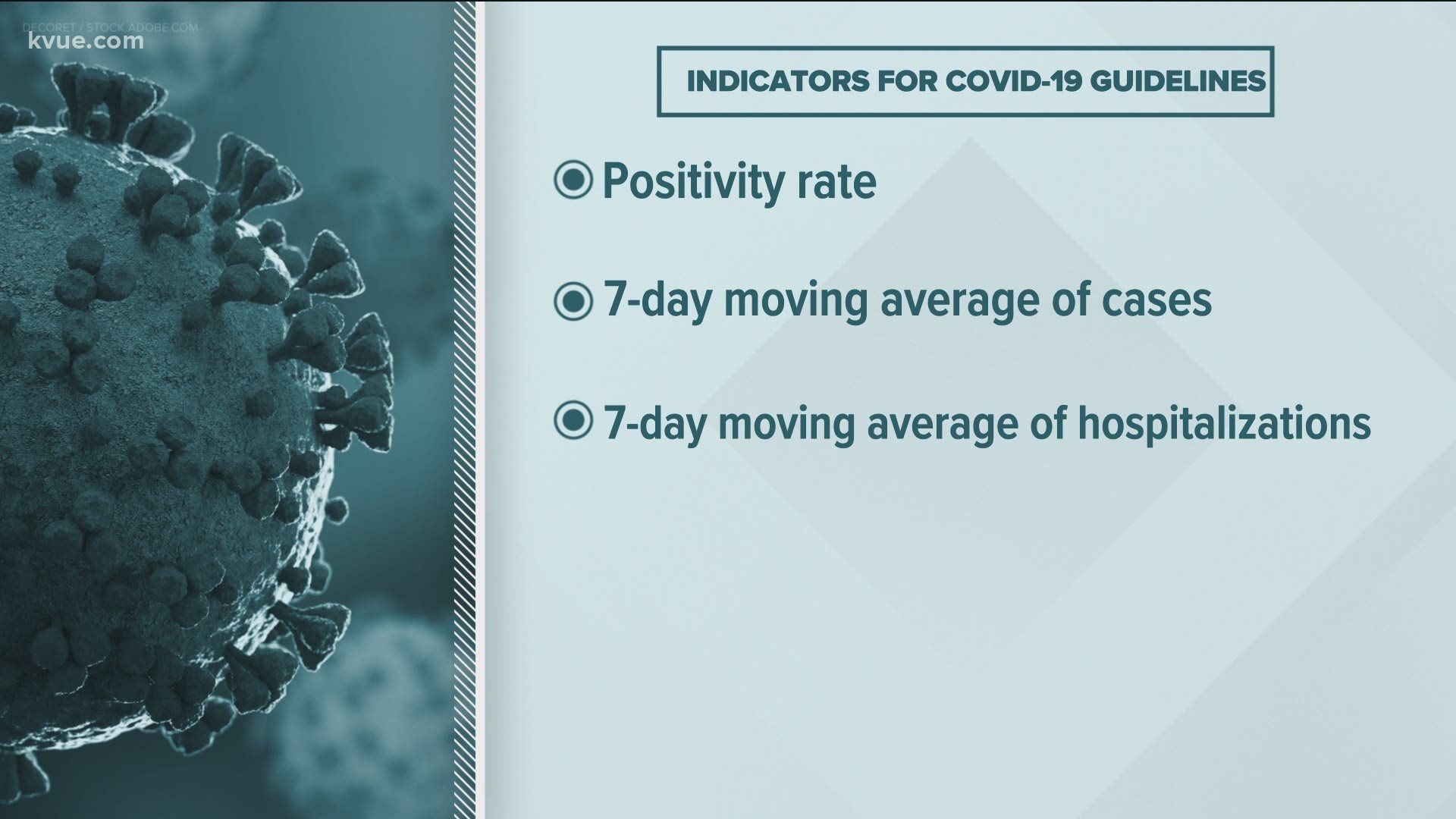 AUSTIN, Texas — While most COVID-19 numbers remain relatively low in Central Texas, some are starting to creep up in Travis and Williamson counties.

Spectators are now banned from Olympic venues in Tokyo because of a new state of emergency due to COVID-19, so we asked local health authorities what would trigger tighter restrictions in our area.

"Right now, we're at a seven-day moving average of 14 per day, so where we keep a close eye on," said Austin-Travis County Medical Director and Health Authority Dr. Desmar Walkes.

Walkes is keeping a close eye because if the seven-day moving average of hospitalizations increases from 14 to 15 per day, that will trigger conversations about moving to Stage 3 of risk-based guidelines. Stage 3 would change recommendations for those who are not vaccinated, including avoiding certain public places.

"We want to encourage people to go ahead and get that second shot so that we have 70% or more who are fully vaccinated," said Walkes.

"The only problem is we just don't have enough people vaccine in the community where we can confidently say that we're going to have like a really small problem with Delta," said Stewart.

Stewart said the Delta variant was detected in three people in the county in June. The department is watching case numbers closely. Stewart said if the incidence rate, which is the number of new cases per day for every 100,000 people, increases to seven, health officials would consider tighter recommendations that are not entirely determined yet.

The incidence rate is four new cases per 100,000 people, up two from the week before.

"So, you know, it can move pretty quickly," said Stewart. "It's really hard to predict kind of where we're going on that, but it's not looking great right now."

Both departments urge those eligible to get vaccinated to do so.