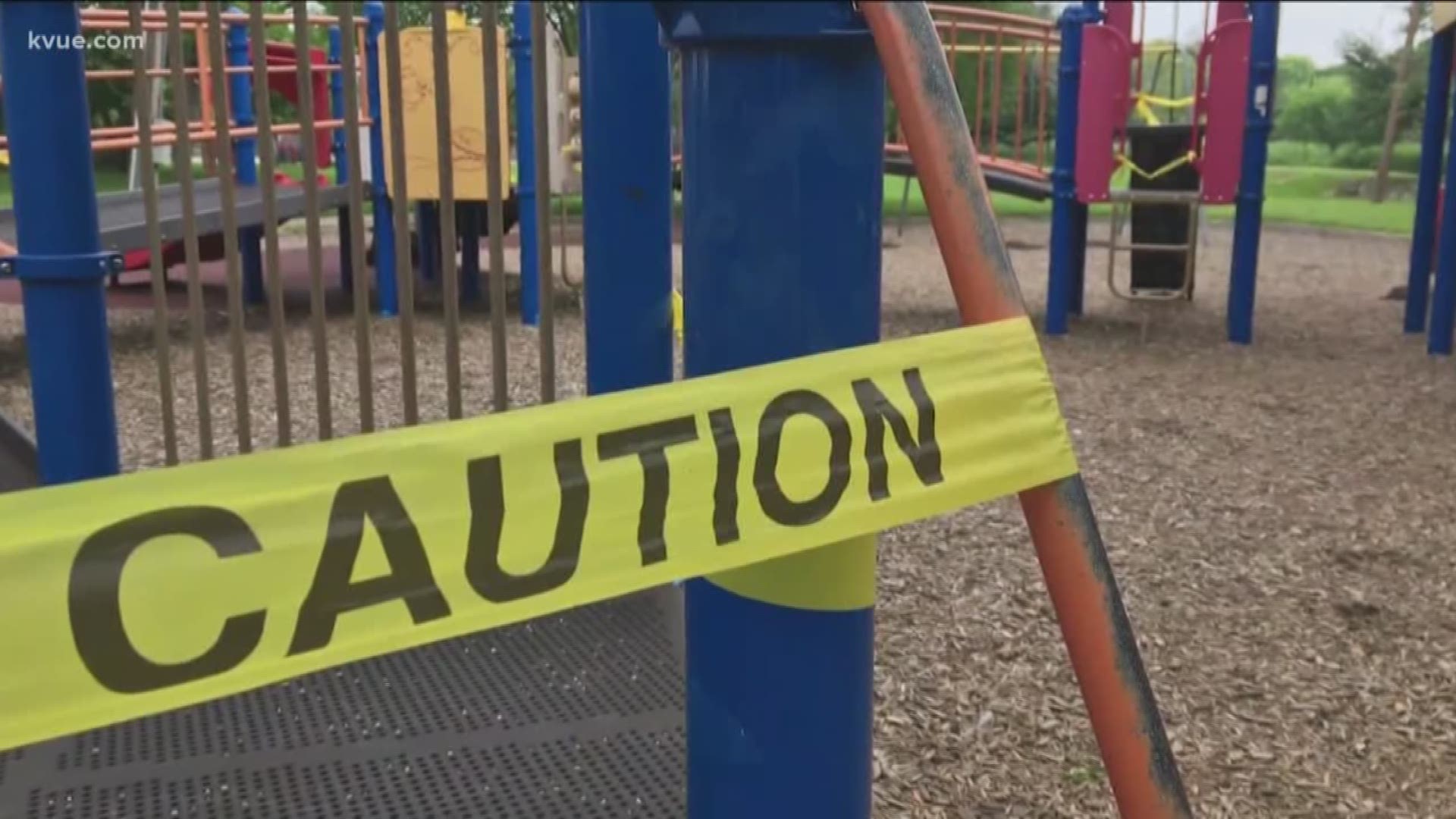 In Austin, this includes Zilker Park, the Ann and Roy Butler Hike-and-Bike Trail and the Barton Creek Greenbelt, among others, the City said.

These closures are in addition to the closures the cities and counties announced last month as part of their stay-at-home orders.

"I'm concerned about ... the people that I see bunching up together on the trails when they're running or the people in the parks," Adler said. "It's important that we close down the parks and trails this weekend. Quite frankly, I think we need to consider closing them down at the end of that period as well so that we really do show the discipline that we need to show in this community."

Signs will be posted around the parks, trails and greenbelts, and entry gates will be closed to enforce the closures. Park rangers will continue to regularly patrol the parks to educate and push for compliance by the public.

City of Kyle is allowing residents to enjoy the outdoors, while following social distancing rules

All municipal golf courses in Austin closed amid coronavirus pandemic

At least 10 Austin park rangers will focus on enforcement this weekend.

"APD and park rangers are closely coordinating for the weekend based on historical park usage and geographic area. We are focused on education but if needed, park rangers may contact APD," an Austin spokesperson said.

Despite the closures to the public, crews will not be removing homeless camps at Austin parks and trails.

"The City of Austin, during the initial stages of the COVID-19 event response, placed a moratorium on homeless encampment removals. This city-wide moratorium remains in place," a spokesperson said.

PHOTOS: Parks and playgrounds closed due to coronavirus

According to LCRA, all of its parks are closed, as are lakeside public Travis County parks and boat ramps. The Highland Lakes, like Lake Austin and Lake Travis, remain open.

The following links will provide you with more information about the closures for each city or county: Austin, Cedar Park, Georgetown, Travis County, Williamson County and LCRA.

Previously, The Trail Foundation urged residents to stay home after people were not practicing social distancing at the Hike-and-Bike Trail, and the spillway near Barton Springs Pool was packed with Austin residents on March 24.