From the NBA to the Austin Rodeo, many local and national events have been canceled. 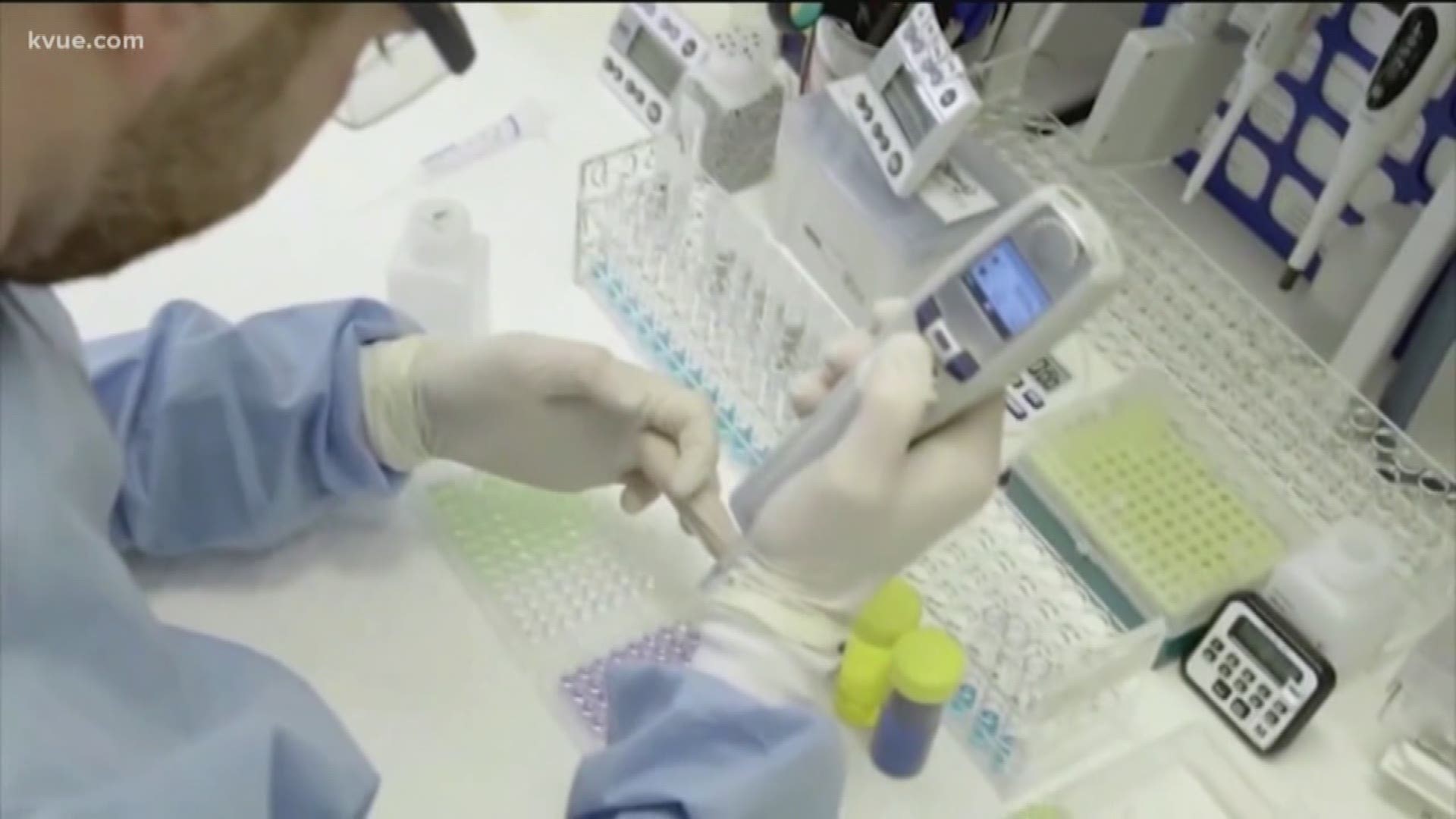 AUSTIN, Texas — As the number of coronavirus, or COVID-19, cases in the U.S. rises, local and national organizations have taken precautions to prevent the spread of the virus by canceling and postponing and limiting access to some events.

On March 13, the City of Austin confirmed there are now coronavirus cases in the Austin area.

Here are the events that have been affected:

The Capitol Area Youth Soccer Association suspended all games and practices through April 5.

The National Basketball Association announced it would be suspending the remainder of its season Wednesday night after a Utah Jazz player tested preliminarily positive for COVID-19. The result came back shortly before tip-off between the Jazz and the Oklahoma City Thunder and the affected player was not in the arena, according to a statement from the National Basketball Association

On Thursday, Major League Baseball canceled spring training and pushed back the start of its regular season for at least two weeks. Major League Soccer also announced Thursday it is suspending its season for 30 days. The National Hockey League and XFL games are also suspended indefinitely. The National Basketball Association also announced it would be suspending the season.

Major League Rugby has suspended all matches for 30 days, starting on Thursday. This will affect three of the Austin Gilgronis' matches, including their game on March 15 against San Diego, their game on March 29 against Atlanta and their game on April 4 against Seattle. According to the team, ticket holders for these matches will have the option to receive a refund.

UT home sporting events will not have fans in attendance through March 22, according to a Thursday announcement from UT Vice President and Athletics Director Chris Del Conte. He said Texas Athletics teams will continue to travel to road competitions at this time.

The Big 12, Sun Belt, Big Ten, SEC, ACC and other conferences canceled their men's basketball tournaments altogether. The NCAA on Thursday also canceled remaining winter and spring championships, including March Madness. Texas was scheduled to play Texas Tech at 11:30 a.m. Thursday, but teams were taken off the court minutes before tip-off. The Big 12 also announced that all sports would be suspended until March 29.

The University Interscholastic League has suspended the remainder of the high school boys state basketball tournament until further notice, according to a press release Thursday.

The MotoGP Grand Pix of the Americas has been postponed until Nov. 15. The motorcycle racing event was originally scheduled to happen at Austin's Circuit of the Americas on April 3 through April 5.

The WGC-Dell Match Play tournament, originally scheduled for March 25-29 at the Austin Country Club, was canceled on Thursday.

Alamo Drafthouse Cinema has closed all locations until further notice. All shows have been canceled and all tickets will be refunded.

Still Austin, a whiskey distillery, has canceled all large events for the next several weeks. This includes the Still Austin Whiskey Rocks music events. Tours are also temporarily suspended. Crowd sizes will be limited at its tasting room and bar.

The Caring Place of Georgetown have closed down its two thrift stores until further notice. Its donations drive-thru on Railroad Avenue is also closed. Programs & Services will resume on March 18. All of The Caring Place is closed Monday for planning, with the exception of Fresh Food for Families.

Six Flags Fiesta Texas announced they would be closing through March as well.

On March 13, the ABC Kite Festival, originally scheduled for March 29, announced the cancellation of its 2020 festival in a press release. There are no plans to reschedule the event for later in the year, and organizers "look forward to seeing a sky full of kites at Zilker Park in 2021!" the press release said.

The ZACH Theatre in Austin also announced that it would be canceling all performances, camps and classes through March 31. Ticketholders are asked to hold on to their tickets and keep an eye out from ZACH for updates.

All IndyCar series events have been canceled through April, which includes the AutoNation INDYCAR Challenge at Circuit of the Americas in Austin, NTT IndyCar Series said March 13.

The Thinkery museum announced March 13 the museum will be closed to the public through at least March 22. The closure means all programming, events and Spring Break Camps are canceled during that time.

On March 6, Mayor Adler announced the city canceled its annual South by Southwest festival for the first time in its 34-year history as the city declared a local disaster due to coronavirus.

The University of Texas decided to postpone all events at the Frank Erwin Center and Bass Concert Hall for the immediate future on Thursday morning.

Some upcoming performances at the center included Chris Stapleton on Thursday, Sturgill Simpson on March 28 and Michael Buble on April 5. Aladdin was set to run at the concert hall March 12-22.

RELATED: City of Austin now accepting events of 2,500 or more people on a case-by-case basis

Austin's annual Urban Music Festival scheduled for March 27-28 was postponed Wednesday. The festival said in a statement that all purchased tickets would be honored on the rescheduled days

The LBJ Presidential Library in Austin announced on Thursday it would close to the public starting on Friday. All LBJ Library and LBJ Foundation events have been canceled until further notice, including the Future Forum, Friends of the LBJ Library programming, tours and other visits. According to the library, staff will continue to answer reference and other requests via phone or email.

The remainder of the 2020 Houston Livestock Show and Rodeo was canceled Wednesday. The rodeo was scheduled to run from March 3 until March 22 at NRG Park. Updates about ticket refunds will be posted on the website.

Puptopia Festival Austin is being moved to take place on May 23 at Mueller Lake Park. According to the festival, tickets purchase through Thursday will automatically be transferred to the new date. More information can be found on its website.

On Thursday afternoon, the organizers of Willie Nelson's Luck Reunion 2020 announced the festival was canceled after Travis County officials told them it must be rescheduled. All tickets purchased for the festival will automatically be transferred and honored at next year's festival.

Rodeo Austin also announced all 2020 events have been canceled to protect public health and safety. Days prior, Travis County commissioners had given the organizers the OK to move forward with the rodeo.

Dino Day 2020 at the Zilker Botanical Garden, set for Saturday, March 14, has been canceled.

Georgetown's Red Poppy Festival has been postponed until October.

The City of Georgetown is canceling all City programs, activities and events through March 31. A decision regarding the Red Poppy Festival on April 24-26 has not been made. No City facilities are closing at this time.

The City of Buda has announced it is canceling all City-sponsored events through April 12. Its public library has suspended all programming through March 28.

“It is out of an abundance of caution that your City has postponed social and recreational events and programs,” Mayor Victor Gonzales said. “Residents can continue to rely on continuity of city services including police, water, wastewater and trash pickup. Citizens are encouraged to call, use online payment features and practice social distancing.”

The Pflugerville Public Library has also stopped the circulation of materials, due dates will be extended, patrons are not to return checked out items and reservations will be held until April 20.

On Friday, the Pedernales Electric Cooperative said it will temporarily close its offices to member interactions starting on Monday. Employees will still be available to over the phone and online.

Is this list missing any events? Email us at kvuenews@kvue.com