A governor's spokesman said officers will be eligible for $500,000 if they die of COVID-19 in the line of duty. 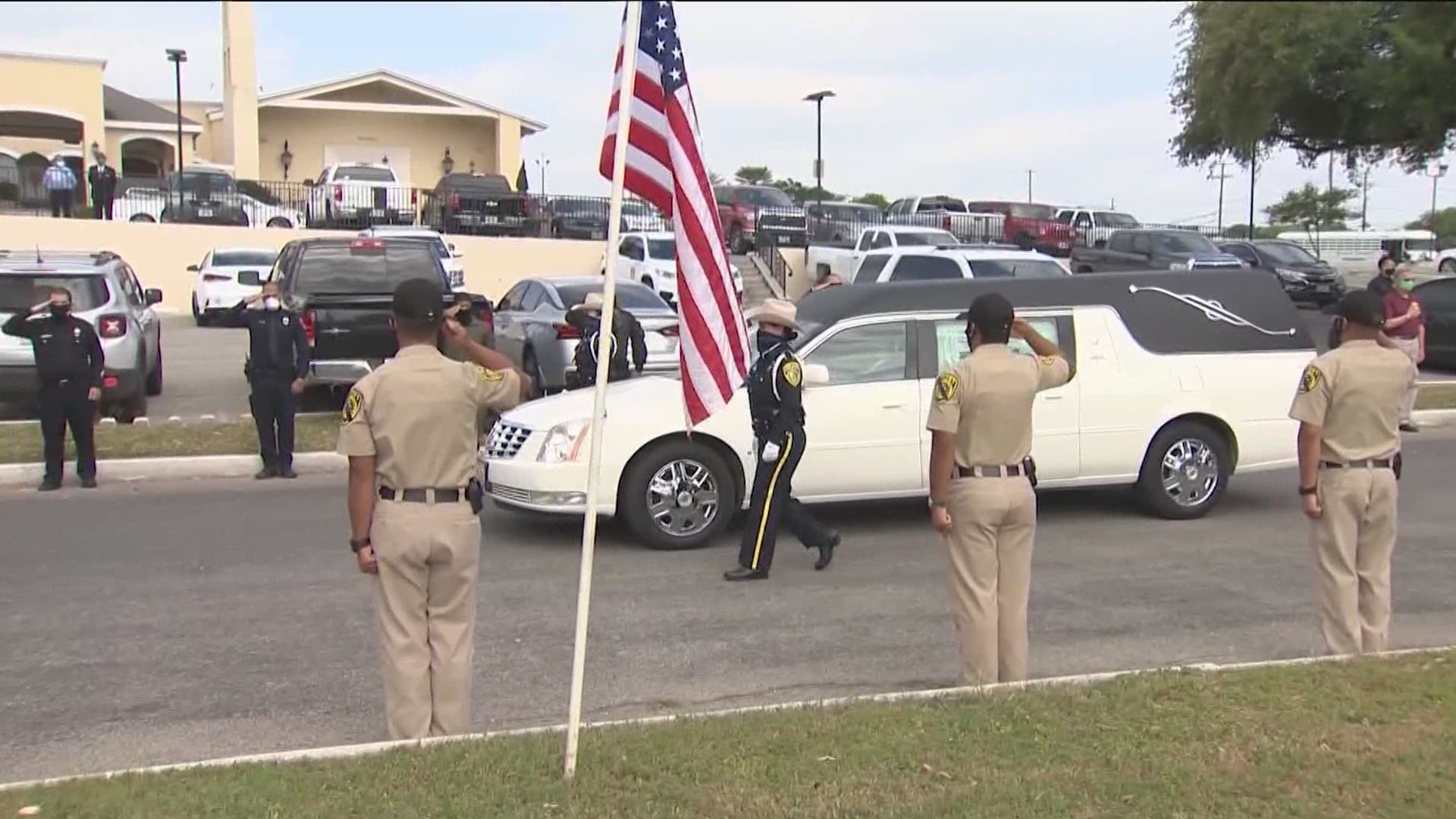 The state’s largest police union said nine Texas law enforcement officers have died of COVID-19 after getting the virus on the job.

Now, they are concerned Gov. Greg Abbott hasn’t done enough to make sure their grieving families will receive full line-of-duty death benefits from the state.

“He would stop what he was doing and tell people to hang on one minute and he would run over to me and shake my hand," Salazar told the KVUE Defenders.

De La Fuente is thought to be the first Texas law enforcement officer to die of COVID-19. He died in late April.

Salazar said he has no doubt the deputy got the virus working at the jail in San Antonio, where dozens of inmates have tested positive.

“I’m going to continue to assume that he contracted this illness here at work," Salazar said.

Texas awards the families of fallen officers $500,000 in death benefits – money Salazar and the state’s largest police union believe his family is entitled to receive. But they fear Gov. Abbott has not made sure that will happen.

Austin City Council to allocate more than $880,000 in emergency funds to APD for personal protective equipment

Early in the pandemic, Abbott signed an order that law enforcement officers would receive certain benefits if they got the virus while on duty. But the Combined Law Enforcement Associations of Texas (CLEAT) has been asking since then for the governor to go even further, to put it in writing that if an officer dies of the virus it is presumed they got it on the job.

"We would like to see the guarantee," said CLEAT Executive Director Charley Wilkison. "We want to make sure that these families and these people are doing their jobs, that they have the promise that they will be taken care of, and we don't think that is too much to ask."

Wilkison said his organization has a long history of having to fight with the state's Employee Retirement System, which administers line-of-duty death benefits, to ensure officers’ families get what they are entitled to.

A spokesman for the governor told the KVUE Defenders, "A police officer who contracts COVID-19 and dies would be eligible for $500,000 in death benefits."

But Wilkison wants an even stronger declaration, and so far dozens of lawmakers have sent letters to the governor asking him to sign an order that would leave no room for debate.

"Words and guarantees and promises are one thing, but the marriage license matters," said Wilkison. "And so, in this case, we want it on a piece of paper, governor."

Wilkison said he believes it is the right thing to do for Deputy De La Fuente and others risking their lives and health on the front lines of the COVID-19 pandemic every day.