Anyone interested in preserving I Luv Video's film catalog may reach the owner at 737-990-9562. 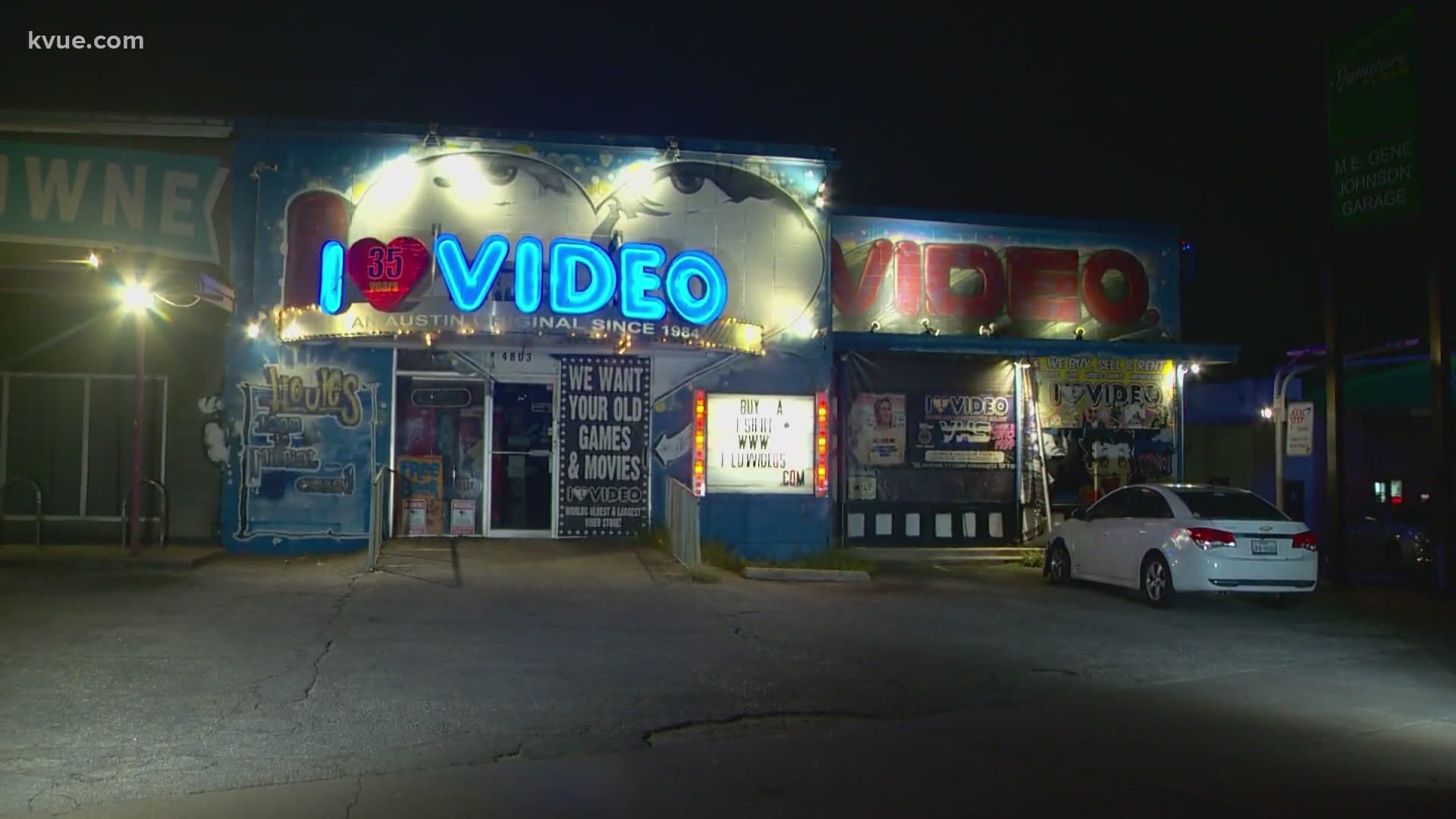 AUSTIN, Texas — Another Austin business has announced it will close its doors.

I Luv Video made the announcement on its Facebook page Tuesday that it would be permanently closing after nearly 40 years of business as an Austin video store.

"It has been my great honor to have participated in the Austin film culture for almost 40 years," Conrad Bejarano, the owner of I Luv Video, said in the post. "I could never have done it without my wonderful staff supportive family and loyal customers like you."

I Luv Video becomes one of the latest in a string of Austin businesses to permanently close during this coronavirus era. KVUE has compiled a list of those businesses that have closed, which can be read in more detail here.

In April, another iconic Austin video store, Vulcan Video, announced it was closing due to the pandemic.

For I Luv Video, Bejarano said in the Facebook post it would bring him "utmost joy to pass the torch" to anyone who has the financial stability to preserve the store's catalog of films. Giving the public access to the films was the only stipulation Bejarano mentioned in the post. Anyone interested in preserving the film catalog may reach out to Bejarano at 737-990-9562.