'Stay Home Texas': Lead of Department of State Health Services has advice on how to protect yourself and others

The campaign is all about flattening the curve by staying home. 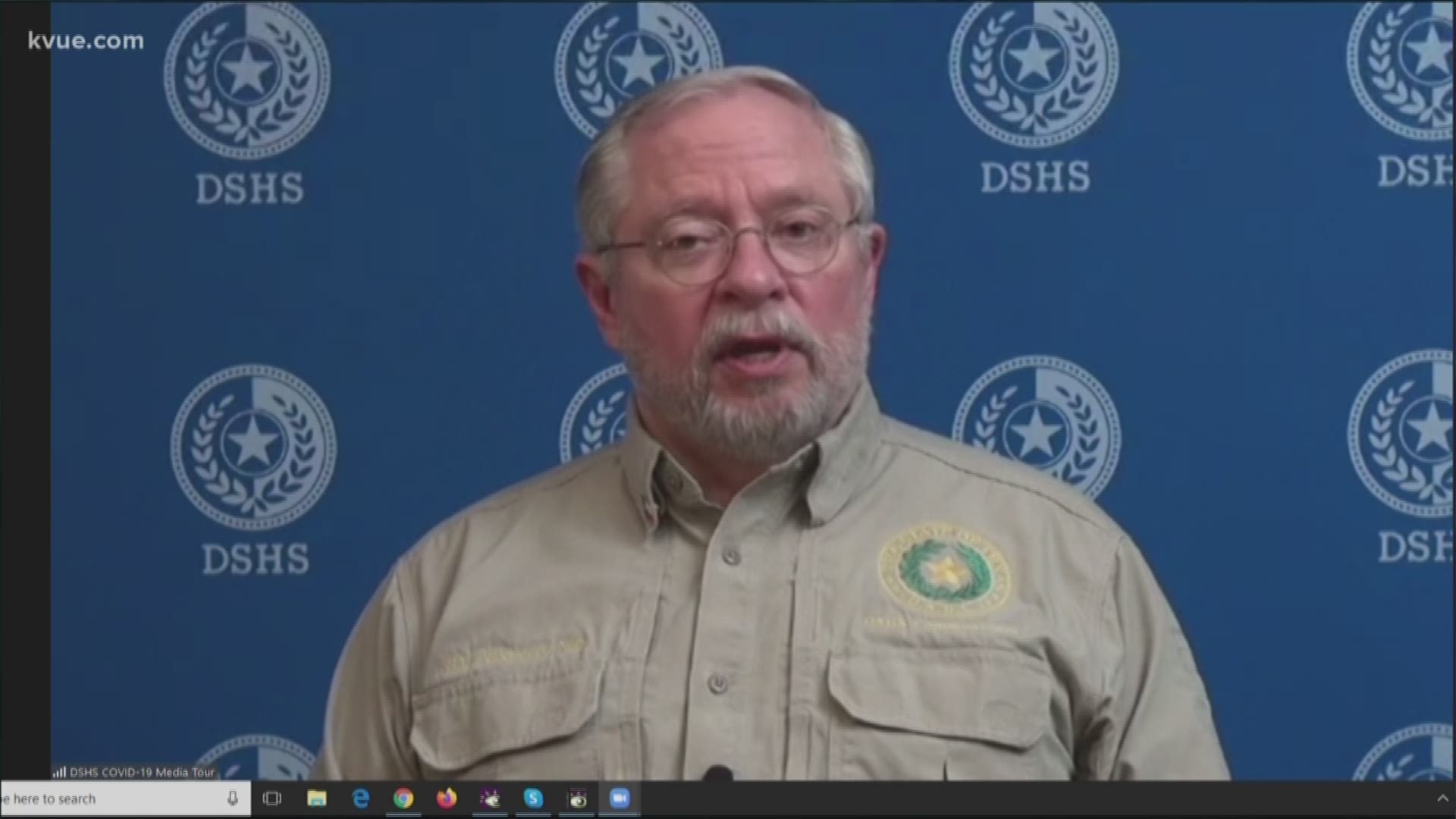 It's the name of a new campaign by the Texas Department of State Health Services aimed at stopping the spread of the coronavirus. With everyone's help, Texans can help to flatten the curve.

Dr. John Hellerstedt, commissioner of DSHS, joined KVUE to talk about the campaign and gave other tips on how to protect yourself.

When comparing Texas to areas like New York City and the tri-state area surrounding New York, Hellerstedt said Texas is in better shape.

"We don't have nearly the level of spread and severity that they do. We are a big state, though," Hellerstedt said. "We have some very large metropolitan areas. And since this is a disease that's respiratory spread from person to person, wherever we have large metropolitan areas, large population areas, those are at risk. But we believe we're a couple of weeks, if you will, behind those other places. And we are also beginning to see some evidence that the social distancing that we've all undertaken is having an effect. It's beginning to slow the rate at which COVID-19 is spreading in our communities."

The health official took a moment to explain the importance of social distancing and wearing masks, in addition to practicing good hygiene such as frequently washing your hands and covering your coughs and sneezes with your elbow.

"... Speaking, coughing, sneezing and even breathing could potentially spread [COVID-19]," he said. "And so you're encountering fewer people during the day and that decreases the rate at which the virus is transmitted. Now people are recommended to wear masks in public areas. That also keeps their secretions from getting on other people and getting on other surfaces."

Hellerstedt also filled the public in on what the state is doing to prepare hospitals for a possible increase in COVID-19 patients. He said the state is freeing up space in hospitals, primarily by decreasing elective surgeries.

"We're looking at ways to use machines that normally are used, for instance, for anesthesia in an operating room," he added. "And we could convert those to use as a ventilator in an intensive care unit type of situation."

Some Austin allergy symptoms could be mistaken for COVID-19. Hellerstedt gave a debrief on the primary symptoms of the coronavirus.

"Well, the primary ones are our fever, cough and shortness of breath in folks who get a lower respiratory tract involvement," he said. "It can involve their lungs and they may become short of breath. And that really would be the point at which I think I would recommend that they call their doctor and potentially seek medical care at that point. But one of the problems is that it looks like the flu, it looks like lots of other respiratory viruses when it's mild. And so our recommendation really is for anybody who's sick to stay home and to do their best to take care of themselves."

He said if it gets to a point where you feel too sick and can't take care of yourself, you should call your doctor and take their advice.

WATCH: Mayor, health officials give update on how city is handling COVID-19