As of Wednesday, more than 1,200 of those cases were staff members and more than 500 were children, according to the Texas Health and Human Services Commission. 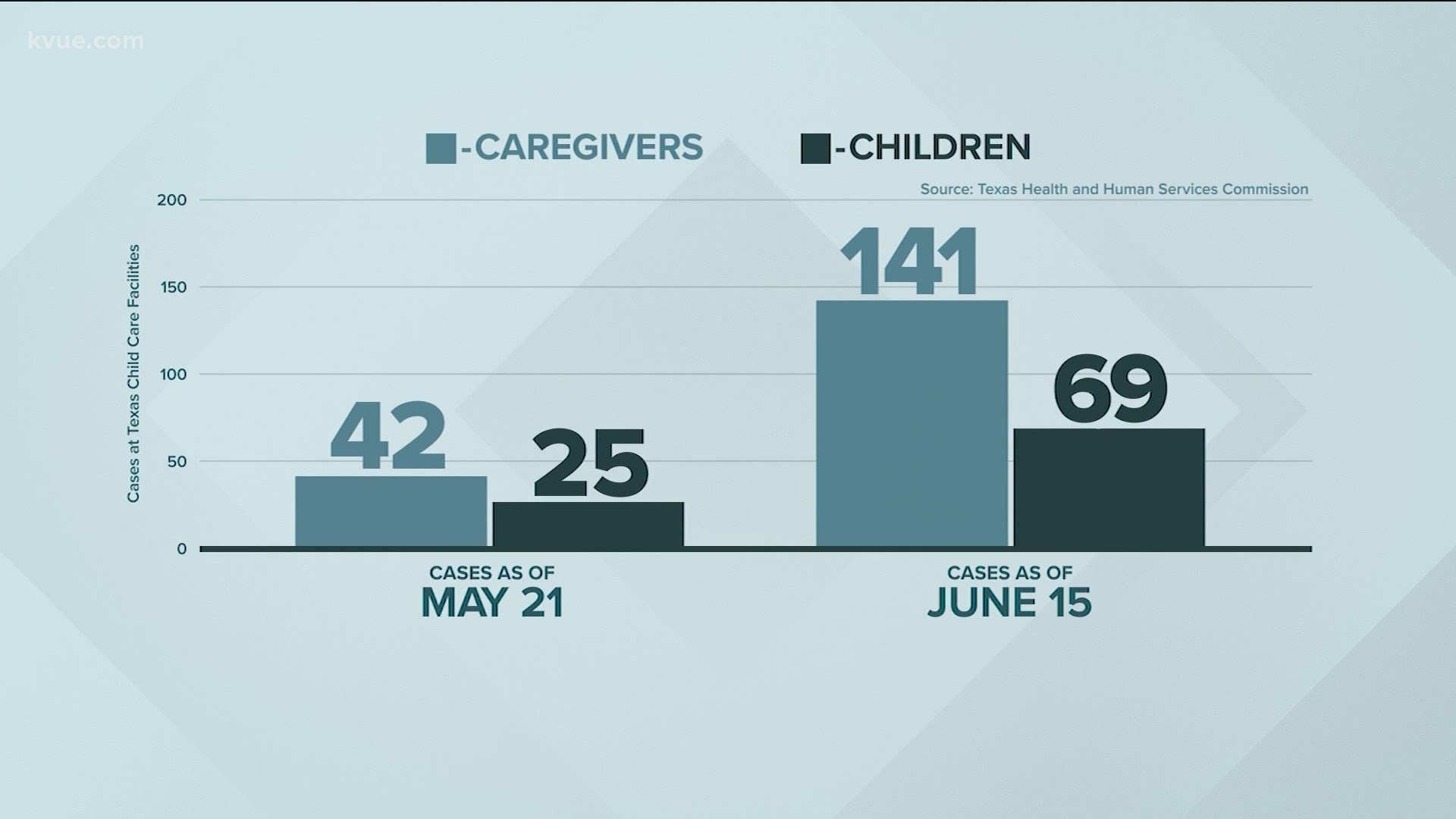 AUSTIN, Texas — As Texans grapple with getting child care for their kids amid a spike in coronavirus cases and hospitalizations, positive COVID-19 cases at child care operations in the state have surpassed 1,700.

In mid-June, KVUE reported that known cases among child care workers and children had more than tripled over the previous three weeks in the state. By June 15, there were 210 cases among 177 child care operations in Texas.

On June 12, child care providers in Texas were alerted that the Health and Human Services Commission had repealed its emergency rules for child care facilities. But on June 25, HHSC adopted new emergency rules, which require certain procedures to mitigate the spread of the virus.

According to the Texas Tribune, health officials in Texas are tracking overall case numbers at child care centers, but they're providing little information about where and how the virus has spread in child care facilities.

As COVID-19 continues to spread rapidly among Texans, young people are increasingly testing positive for the virus.

According to data released by Austin Public Health on Monday, July 6, 1,232 people between ages 1 and 9 have tested positive for the virus, which is about 9% of all local cases. That same data records 330 positive cases among people age 80 and older, which is about 2% of all cases.

State data also reflects a growing number of cases in young people. The Department of State Health Services reported Monday 1,691 people younger than 20 tested positive for COVID-19, while there have been 1,090 positive cases for people over the age of 80.

What would entering Stage 5 mean?

Austin health leaders not likely to move to Stage 5 Thursday, but warn city is on the cusp