The City has set up portable bathrooms and hand-washing stations and is working with nonprofits and restaurants to hand out food. 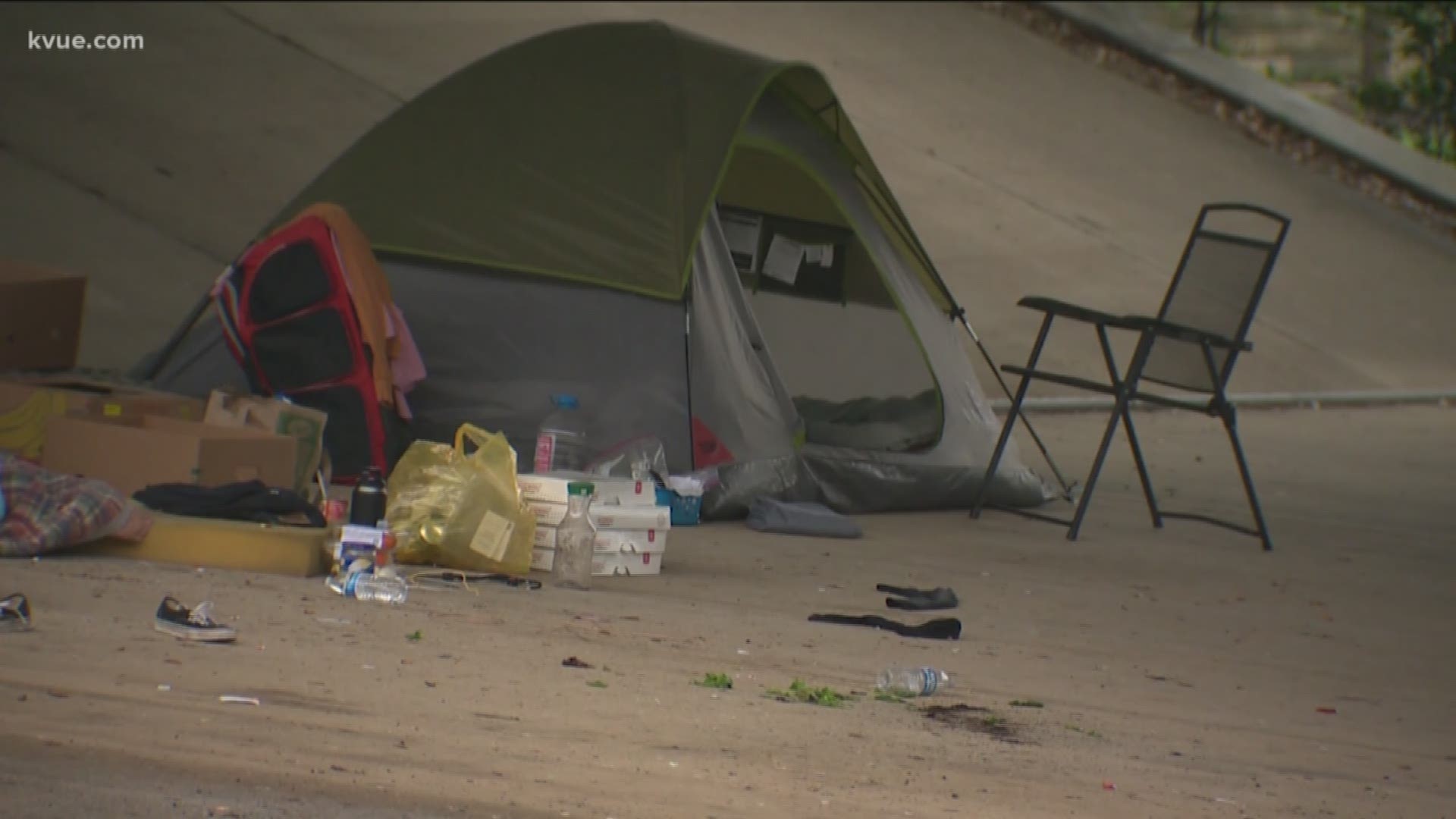 AUSTIN, Texas — The City of Austin recently released a five-page memo detailing the work it's doing to take care of the city's homeless population during the coronavirus (COVID-19) pandemic.

That work includes installing portable bathrooms and hand-washing stations at at least 20 locations throughout Austin. The stations, including one near Research Boulevard and Oak Knoll Drive, are equipped with soap and water to help nearby campers keep their hands clean.

The City is also temporarily pausing all encampment cleanups, meaning crews won't be removing any tents, mattresses or other things until they can figure out how to protect themselves and stay safe. But the City wants to figure that out as quickly as possible because cleaning up those camps improves the health and safety of people living nearby.

The City is working with local nonprofits and restaurants to hand out at least 5,000 meals a week.

"EMS, although we're also hurting ourselves, also wanted to give to the most vulnerable in the community and so have been providing through other donors 300 meals a day downtown," Xie said. "I'm just really proud of our medics, and I'm proud of the community for all the support they've given us and allowed us to give to other people that are very vulnerable."

The City could start using hotels to house people who are homeless if they get COVID-19. The City finalized a lease with the Crown Plaza near Interstate 35 and U.S. 290, which has 292 rooms where homeless people could stay if they need to be quarantined. The City is also working with the Rodeway Inn off of I-35, south of Oltorf Street, which has 87 rooms and is set to close to the public on April 17.

The City is also still considering leasing or buying other hotels to give homeless individuals a place to quarantine during this pandemic.

You can read the full memo below: 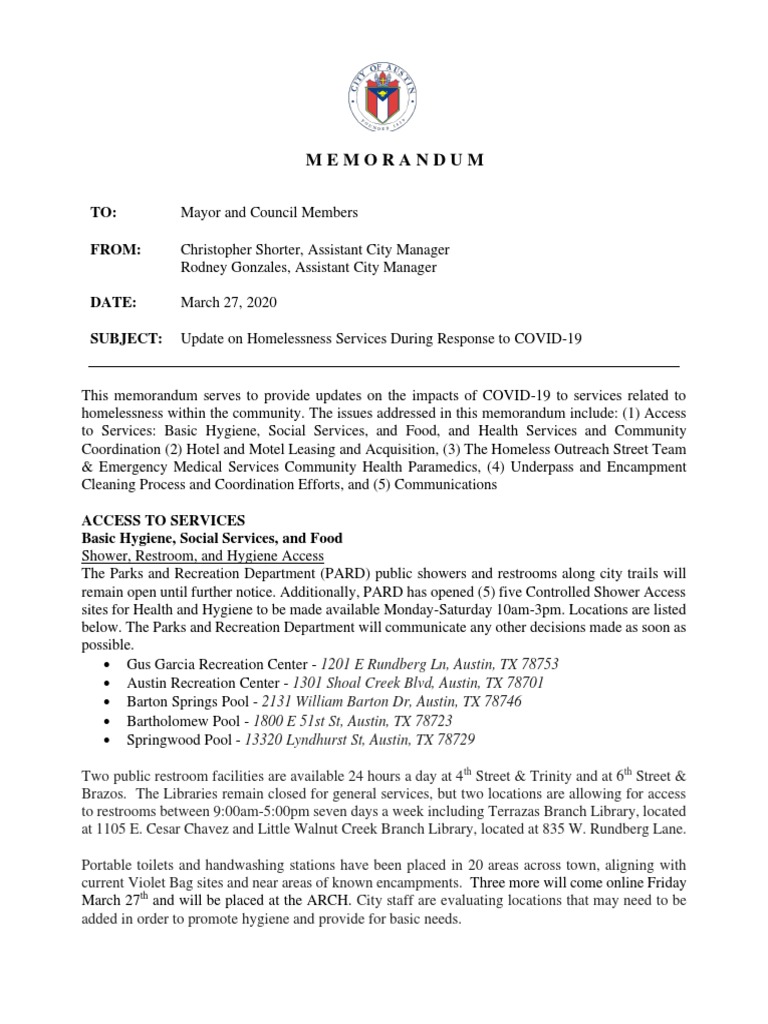 Update on Homelessness Services During Response to COVID-19 | Homelessness | Sustainability
Rodney Gonzales, Assistant City Manager This memorandum serves to provide updates on the impacts of COVID-19 to services related tohomelessness within the community.

WATCH: Community helps as Make-A-Wish pauses wish-granting due to COVID-19