Austin first responders say they are ready for coronavirus

Medics are often on the front lines and face exposure to dangerous viruses. 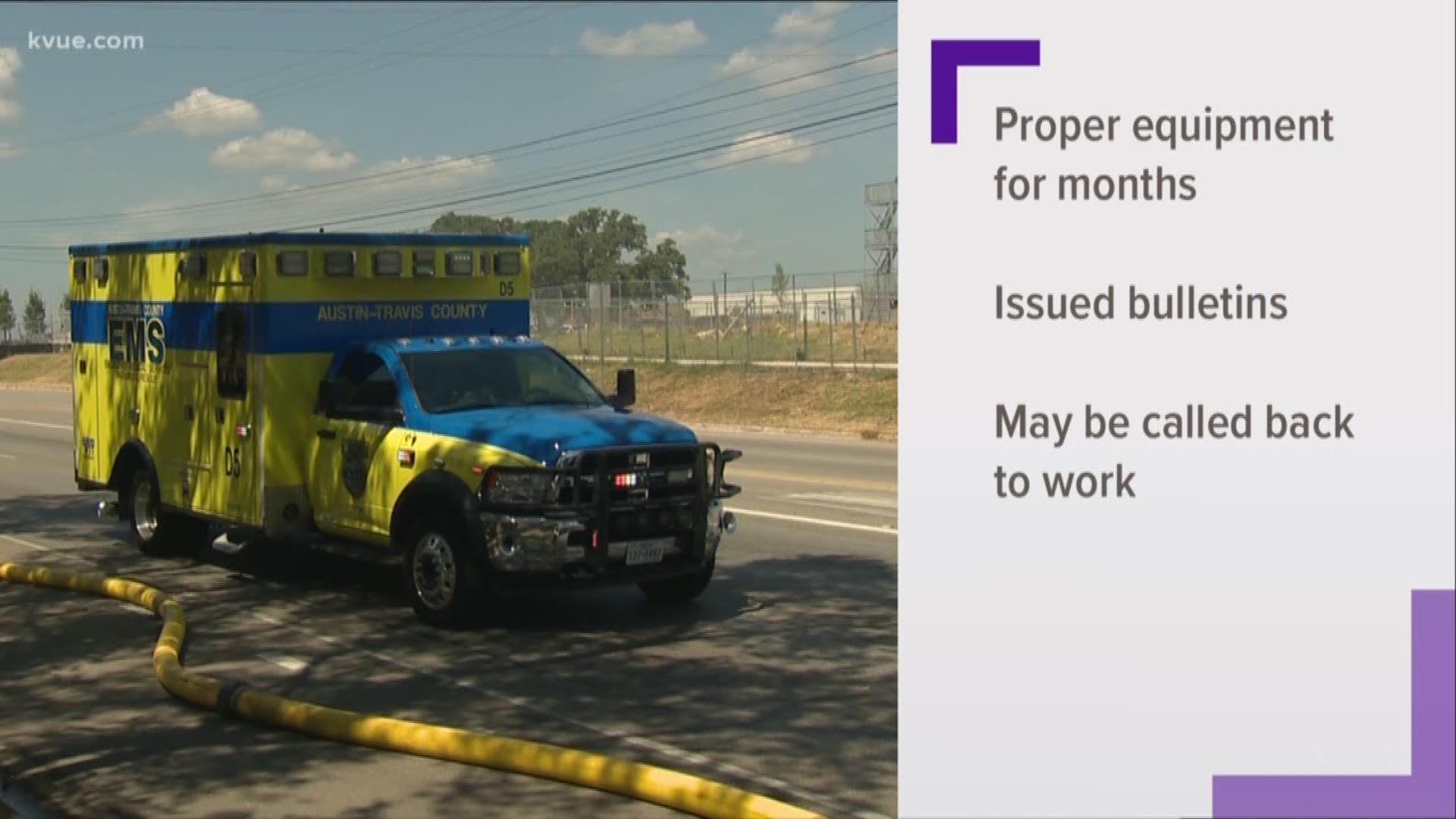 AUSTIN, Texas — On Tuesday, Austin first responders told KVUE they have prepared for years for a public health threat like coronavirus and stand ready to respond.

They also have plans to make sure their service to more routine medical emergencies stays the same, even if Austin is hit with a coronavirus outbreak.

These preparations have been on two big fronts:

The first includes making sure that they can care for someone who may be suffering from the virus. The other is to make sure those responders stay safe.

EMS officials said they have stockpiled protective gear that would last a year at the rate of its current use. Even if Austin has an outbreak, they said it would still last for several months.

They also said they have staffing plans ready to make sure they have enough workers on duty, even if some first-responders do become ill or their families become ill.

And they have assigned paramedics to help screen 911 calls for people who might be suffering from the virus to help make sure responders have all the information they need before arriving.

"We've been preparing for a number of years for these natural, biological things that occur, naturally, so the preparedness really starts beforehand," EMS Assistant Director Jasper Brown said.

Officials point out that first responders are always treating patients with some of the most contagious illnesses, including the flu. They already have procedures in place about anything from discarding certain materials to disinfecting an ambulance.