Gov. Greg Abbott announced Monday that restaurants are among the businesses allowed to reopen on Friday, May 1. 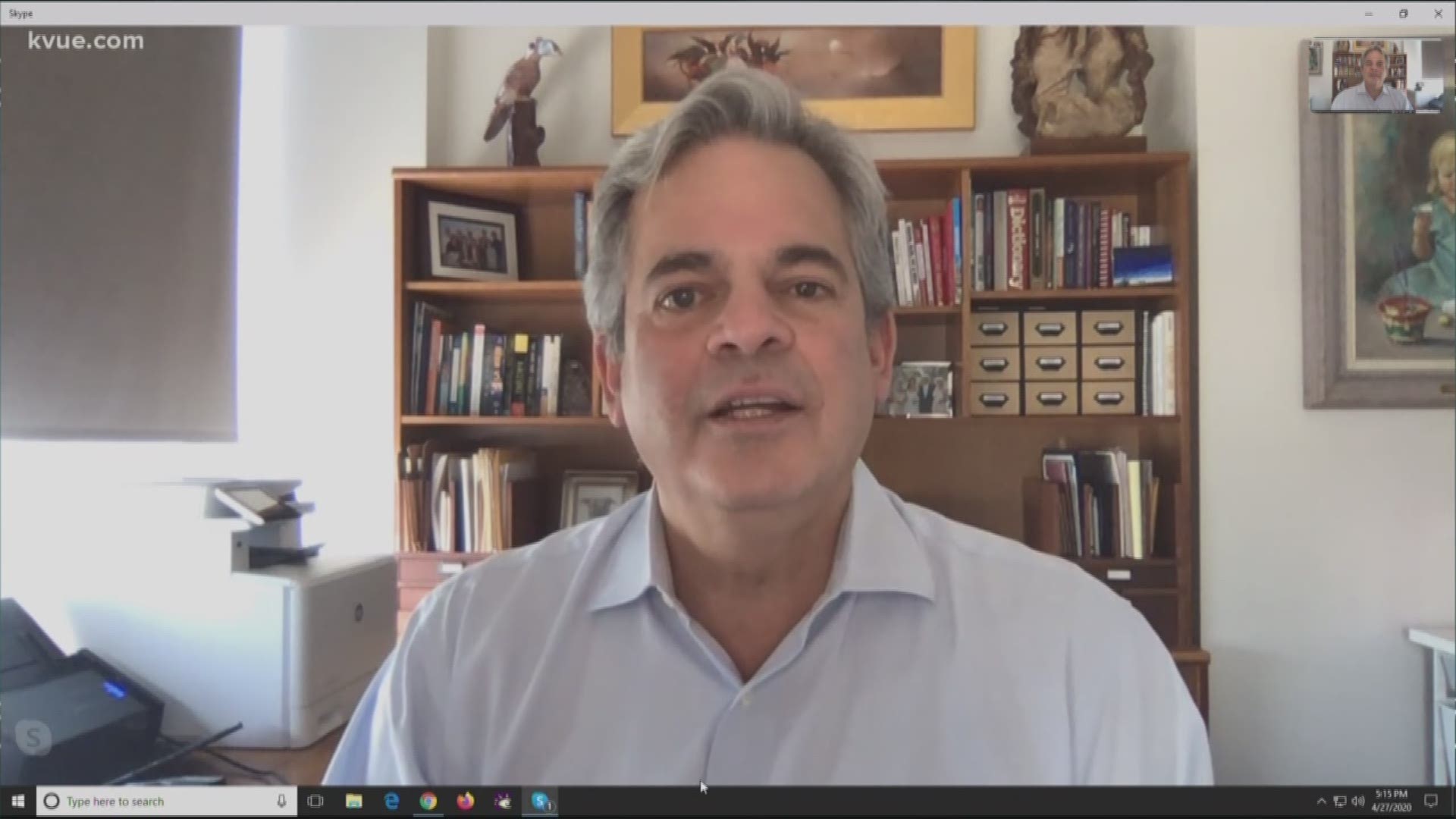 AUSTIN, Texas — On Monday, Gov. Greg Abbott announced that he will allow the statewide "stay home" order to expire on Thursday and that several types of businesses will be allowed to re-open on Friday.

Among those are retail stores, movie theaters, restaurants and malls.

Below is the transcript of the full interview:

Terri Gruca: We’ve been talking a lot about the governor's plan to reopen more businesses in Texas, so we wanted to get some reaction from Mayor Steve Adler. He joins me now. Mayor, thanks for being here. I appreciate it. Can you tell me what your initial reaction is to the governor's plan?

Mayor Steve Adler: I have three initial thoughts and the press conference just ended. The first one is that we don't know, and the governor doesn't know, what the impact is going to be of what it is that was just proposed. Because we don't know whether those behaviors put us back on the course for a second peak until we start living those behaviors. So, we're going to have to monitor those behaviors to see. What we do know based on our last six weeks is we can protect ourselves because we're going to be able to see, in time, whether or not we need to return to the kinds of things we are doing now. And if we do, we know we can protect ourselves and save ourselves from that spike.

The second thing is, is if we're going to have to do it for more than two weeks to learn whether these new behaviors keep us away from a spike or not. It takes up to 14 days for someone to be able to manifest the virus once it is that they get it, there's a lag. So, what we're seeing today is because of the policies that we did two weeks ago, what we're going to see in 10 days is a result of the policies we have today. So, we're not going to know by mid-May whether the new policies are working and keeping us away from a spike.

And finally, you know, we still control a lot of what is that happens to us based by our behaviors and what we expect of ourselves and others. We've done an incredible job here in Austin, not because the sheriff or the police have been arresting people, but because we have done individually and thus collectively all the things that we need to do to protect ourselves. So, I'm a little confused when the governor says that he thinks everybody should wear masks, lieutenant governor says everybody should wear face coverings, but they don't make it mandatory. If we should all be doing it, it should be mandatory. But regardless of what they say, we can make sure that everybody here wears masks and we can make sure that we don't go to any retail establishment or restaurant or otherwise where they don't require face coverings to be worn. We get to decide that, as a community. We've shown a lot of discipline in the last six weeks. We need to keep showing that discipline.

Gruca: So, Mayor, I know there were a couple of occasions -- the museums, the libraries and even some of the county offices for licensing and permitting that the governor alluded to -- that could be open if the local rules apply. What are your plans for those?

Gruca: You mentioned the testing. Will there be a requirement that people be tested in order to go back to work?

Adler: Well, the governor hasn’t imposed a requirement and, quite frankly, it doesn't make sense for us financially to test everyone in our community.

But we do need to make sure that everyone who has symptoms immediately gets a test quickly so that the virus doesn't spread, so someone can find out almost immediately whether they have the virus so they can start isolating themselves before it spreads. That's why we have a new testing platform. People can go online and get a free test, go online, get assessed and if they are ready for the test, then they get a free test and they don't need the doctor to be part of that. Doctors can send their patients to that place. We have to keep the testing. But testing everybody in the community doesn't make sense right now.

Gruca: Final question. You've heard the roles that the governor put out today. What will you be doing come Friday? Will you go to restaurants, will you go out and shop to help these local businesses?

Adler: No, I'm not ready to do that yet. And, quite frankly, I want to see with the restaurants and shops do. I do know that I'm not going to go into any kind of restaurant or shop that doesn't require people to wear face coverings. Because I, again, I think that's reckless behavior. You know, as we move to a new place, we have to do a kind of tipping our toes in the waters. We need to do it gradually and we need to monitor and watch the behavior. I am real concerned because our modelers tell us really good news, that we've reduced the transfer of virus by 93% in our city. They tell us that if we drop down now, no longer doing 93%, they tell us if we drop below 80%, then the numbers are going to start going back up. So, what are the behaviors that keep us above 80%? We don't know yet. We're going to watch it, we're going to test it, we're going to monitor it because we know that if we've overshot it, we will do what it takes to protect our community. 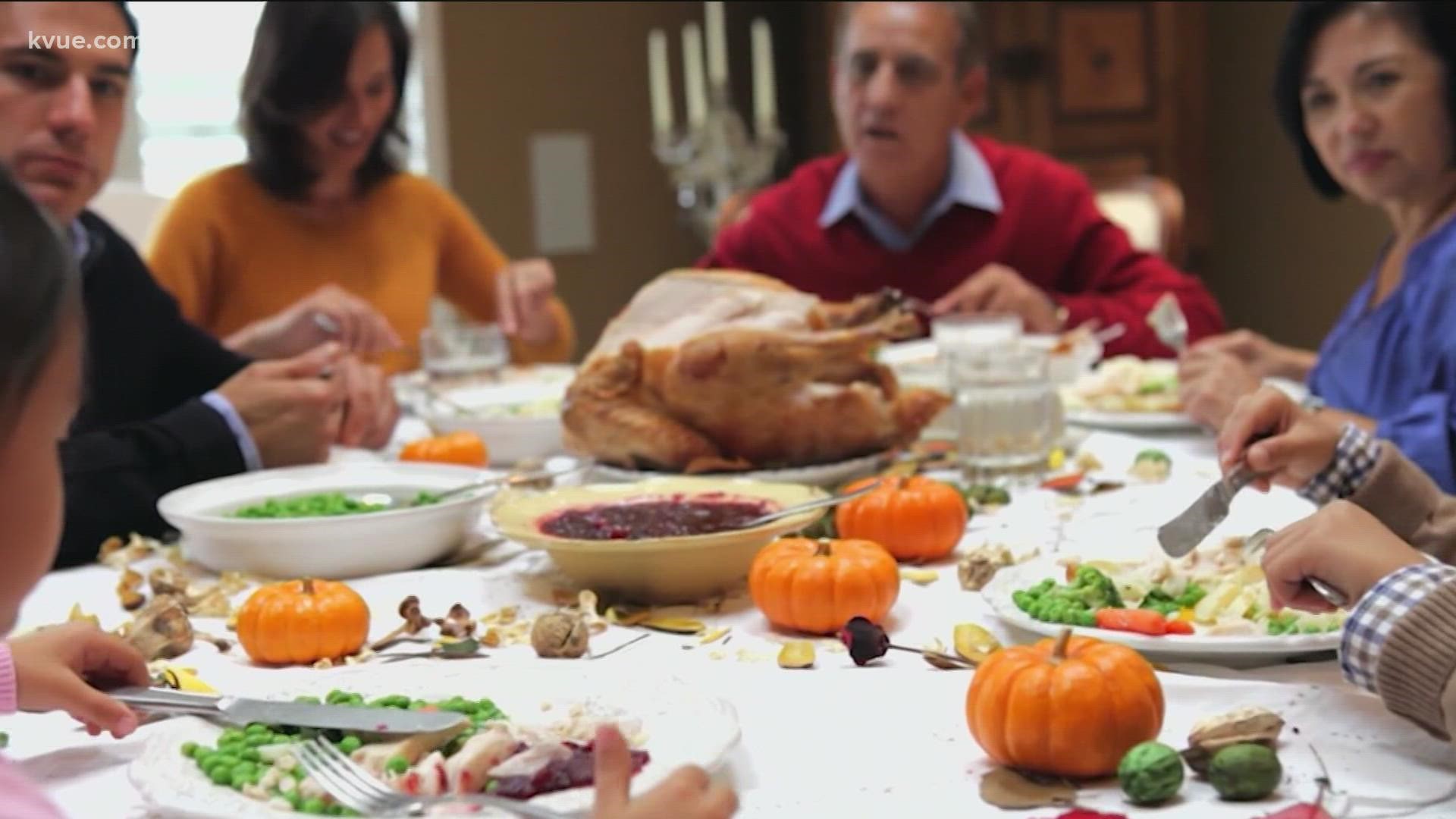